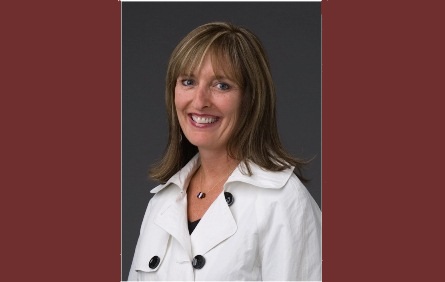 Last week I attended a new CMO event – the North American CMO Conference –held at MoMA's Education Center in New York City. It was organized by the CMO Conference organization based in Zurich, and was the first of its kind to be held Stateside. Previous such conferences have been held in Zurich and Singapore.

One thing that struck me was how many times speakers and delegates mentioned the demise of the traditional purchase funnel. Of course, this has been a subject du jour for several years. One of the first 'official' references I saw was published by Resource Interactive in November 2006 which focused on how digital millennials were changing shopping, and which featured how the old purchase funnel was morphing to more of a fish shape.

At last week's conference, David Edelman, co-leader of the Digital Marketing Strategy group at McKinsey, compared the traditional funnel to the consumer decision journeydeveloped by McKinsey. He posited that consumers live on a circular path where post-purchase experience defines the brands engaged on the next journey. It is not a linear process, but rather a virtual cycle cutting across paid, owned, shared and earned media. And let this be a lesson for the continuity buffs in marketing – 66 percent of consumers do research online and then get confused over discontinuities between the on- and off-line worlds, which makes it even more important to connect the dots, collaborate between silos and integrate – but that's a whole other topic on which I've also written about.

I rather preferred the TNS version of the purchase funnel which was presented by Cheryl Max, SVP of North American Marketing at TNS Global. The "TNS Buying Cycle" is a chaotic set of lines connecting all sorts of things. As Cheryl remarked, "It's not clean," but I found it to be an excellent example of a messy purchase funnel which is neither linear nor static. Cheryl used the diagram to illustrate some of the findings of TNS' recently-released Digital Life Study, the largest global study into people's attitudes and behaviors online – based on conversations with over 72,000 people in 60 countries.

Forrester, too, has written a lot about the marketing funnel. Steven Noble, Senior Analyst at Forrester, published a white paper in October 2010 entitled "It's Time To Bury The Marketing Funnel – An Empowered Report: Marketers Must Embrace The Customer Life Cycle".

I asked some of the academics attending the conference if the old purchase funnel was still taught in university marketing courses, and while those there were engaged with MBA programs, they felt sure that the traditional funnel was still included in earlier coursework, if for no other reasons than to establish the nomenclature and foundation.

I can't help but wonder if the traditional funnel will ever be tweaked to be both relevant again and established as a new industry standard. Perhaps it should be recast as a marketing "sieve" given the fickleness of the linear progression of the old funnel.

One thing is for sure – everyone seems to be developing their own version, and while the driving forces to these variations are basically the same, it could become very confusing.

MaryLee Sachs was most recently US Chair and Worldwide Director of Consumer Marketing at WPP firm Hill & Knowlton. She launched her new book, The Changing MO of the CMO, How the Convergence of Brand and Reputation is Affecting Marketers, at the Cannes Lions International Festival of Creativity on June 23. The book is available on Amazon and Barnes & Noble.

MaryLee Sachs is the CEO/CMO of Changing MO LLC, her consultancy founded on the basis of the book she launched last year: The Changing MO of the CMO, How the Convergence of Brand and Reputation is Affecting Marketers. The book is available on Amazon and Barn…