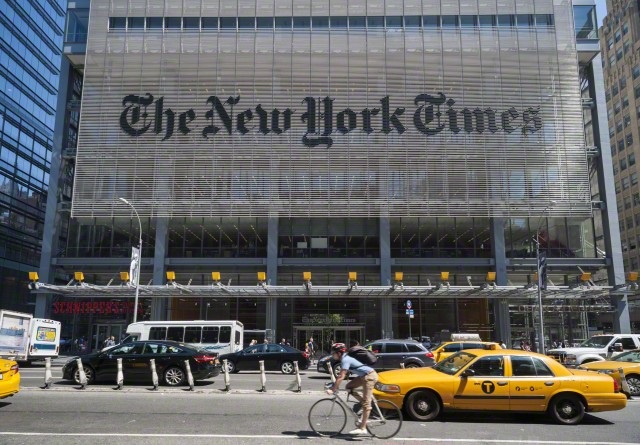 The two biggest issues facing the newspaper business today are readership and revenue. In fact you can probably say the same for all traditional media. While the focus for most companies has been advertising, the reader has proven to be difficult to ignore. Readers are now an essential piece of the total revenue picture as circulation dollars have begun to match (and sometimes exceed) ad revenues. What’s clear is that the local market coverage that newspaper platforms provide still has no real competition. The breadth of content alone has established a value proposition that readers have shown a willingness to support. So looking toward the consumer for a pathway to a new business model would seem logical. It certainly does to The New York Times.

The Times recently announced that they had hit a new milestone. They now have more than one million digital subscribers -- an impressive statistic by any measure. What makes this announcement even more meaningful is that in building this growth they experimented with new products. This revolves around the tactic of assembling bite size news essentials that can be more easily consumed through mobile and social platforms. This is an approach that should certainly appeal to the ever elusive Millennial demographic -- an audience slice that is the key to every content producer’s future. This kind of subscription growth prompted a decision to embark on a bold new overarching corporate strategy.

Last week Times CEO Mark Thompson shared a document with employees that presents a road map for doubling the company’s digital revenue over the next six years. The result of an executive committee summer initiative, the game plan firmly places the future on reader revenue:

“We see ourselves as a subscription service first, which requires us to offer journalism and products worth paying for. Many of our competitors focus primarily on attracting as many uniques as they can with a view on building an advertising only business.”

Early success with a special digital section front-focused on cooking helped support the strategy and inspire the Times to expand into other areas that include real estate, health and entertainment.

The memo makes clear that the company is not abandoning the print product. This strategy is not a retreat from what remains the bedrock of their business. Instead, it recognizes some interesting statistics that the company intends to better leverage. If twelve percent of their readers deliver ninety percent of the company’s digital revenue, expanding that readership in a meaningful way can alter the course for not only the Times, but perhaps establish a model that others in the industry can follow.

In the end, building revenue against a growing audience is not an exclusive exercise. When readership organically grows, reader engagement does as well. This only expands advertiser appeal. The announcement by The New York Times is exciting and bold and is their first “must read essential” of their new path.