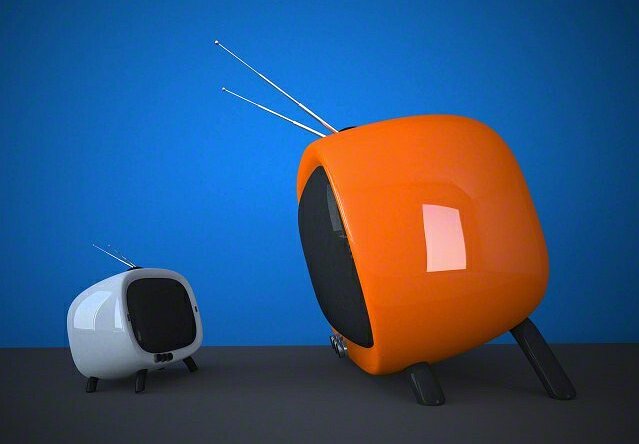 This is the final column in a series on the current/future state of first-run syndicated programming.

(Editor's Note: Be sure to read the first three columns in Simon's series: Shorter Commercial Breaks Feed Syndication’s Growth, Opposite Cable and Streaming, Syndicators Ramp Up Original Content and The Gift to Syndication of Nielsen’s Ratings Magi.)

Warner Brothers gets picky about what original series get developed and then distributed for first-run syndication. More often than not, their picks not only work, they get long, profitable runs on television stations nationwide. Consider the following: "The Ellen DeGeneres Show," "The People's Court," "Judge Mathis" and "TMZ" (all over a decade and counting). Talk show "The Real," with its diverse quintet of co-hosts, is midway through season two, while "Crime Watch Daily," halfway through its rookie season as a newsmagazine hour, looks like another winner.

You also can conclude that Warner Bros. Domestic Television Distribution, under President Ken Werner, is just as picky about what future directions it will push its business. They, along with every other player in the first-run arena, as well as TV stations, see a more fragmented programming environment ahead.

Also in their view: Several options that can solidify or perhaps expand their output and revenues. One is providing originals to the growing number of multicast networks, simultaneously distributed via the digital signals of TV stations and cable/satellite operators. Think Me-TV, Tuff TV or Decades, to name three. Another is to develop originals for primetime and afternoon weekends among stations, especially those affiliated with The CW or MyNetworkTV. A third route: Put both current and new first-run content on the video-on-demand services cable and satellite operators provide nationally to more than 65 million customers.

Right now, Warner Bros. and others choose trial runs of series through a bunch of stations -- runs that last from a month to two or three. It's a road WB traveled before with "The Real" and returned to last Monday with "South of Wilshire," a game show set in a Los Angeles restaurant and co-produced by "TMZ's" Harvey Levin. The test on Fox stations in New York, LA and elsewhere will run through the end of February. This time around, if viewership meets WB's expectations, "South" will stay in production, continue on Fox and go for more clearances without a break. "The Real" had to wait a year after its 2013 summer trial before its national launch.

Of all three directions out there to pursue, Ken Werner believes that a test that can go straight to ongoing series is the best choice. "The market forces out there are very dynamic," he says. "Stations are under pressure to increase earnings and grow revenues. What you'll begin to see is companies like ours creating different programming and a set of potential new revenue streams that stations can take advantage of on a local basis to help control their own destiny."

Sinclair and Hearst, two of the country's largest station groups, are in the thick of using show tests to firm up their respective destinies. "Full Measure," the Sunday morning investigative report overseen by Sharyl Attkisson, has been running for four months on the majority of Sinclair stations. Early ratings fortunes may encourage Sinclair to syndicate it elsewhere. Hearst appears ready to nationally market "Matter of Fact with Fernando Espuelas," a weekend interview program on several of its stations since last September. On the daytime scene, there's "The Security Brief," an hour-long talk strip dealing with crime, crime prevention and terrorism topics. Independently produced and syndicated, "Brief" is about to wrap one month of play on more than 20 stations, including several from Sinclair and Tegna. Its backers say the financing is set to keep their program going without a break in the face of positive viewer and station feedback.

A few stations are experimenting with multicast channel presentations of first-run syndicated favorites, figuring they will enlarge the channel's audience base. KCOP-TV in Los Angeles presents "TMZ" on diginet Heroes & Icons, while Sinclair's Las Vegas station offers "Judge Judy" via a multicast channel -- after the station's run.

In time, multicast will become home to original syndicated programs, believes Twentieth Television Executive Vice President Michael Teicher. "It's never been a better time to create content," he says. "Once we have the ability to measure every content platform, (multicast) can be an option. We view it as an advantage."

"We're always looking for opportunity to place our content," adds Stuart Zimmerman, Sony Pictures Entertainment's Executive Vice President of Advertising Sales on the subject of first-run multicast clearances. At this point, no reports of stations running "Dr. Oz," which Sony syndicates, or "Wheel of Fortune" and "Jeopardy!" (which Sony produces and CBS Television Distribution syndicates) on multicast channels.

Werner's not convinced of that yet. "The question with this direction is, how do you aggregate sufficient audience to make the model work?" he asks. "Me-TV is a good example of how stations can make it work, utilizing classic off-network series. However, it's challenging right now to go out and create original programming given the cost, combined with the challenge of marketing new, unknown series."

WB's top syndication executive is also skeptical about any movement to cultivate a new original marketplace for primetime/afternoon weekend series, such as the wave of action/adventure hours syndicated from the early 1980s to the mid-1990s. "If this was viable," Werner notes, "you'd see MyNetworkTV doing so. I believe for now, stations will stay with off-network series, a few movies and some live local or regional sports."

Sinclair, whose own syndication profile has grown in the last year via its American Sports Network distribution of college football and basketball conference games (plus the first Arizona Bowl, the first post-season college bowl game syndicated among stations in decades last month), and "Ring of Honor" pro wrestling hours, may go forward with that marketplace anyway, under the original programming unit formed in fall 2014.

That unit was mandated to create both scripted and unscripted material for those time periods. Sinclair has an opportunity to share where that effort is headed later this month at the NATPE showcase in Miami.

Meantime, first-run syndicated content remains the untapped grail of video-on-demand, despite availability to the majority of cable and satellite subscribers and fast-growing usage, thanks to catalogs of 20,000 titles or more offered each month. While many stations place replays of their local newscasts, top news stories and sports coverage on VOD, first-run is forbidden, thanks currently to the nature of station/syndication contracts. Few executives on either side of this fence will go public with their VOD opinions.

However, Werner's sure that in the near future stations will end their opposition to first-run VOD play. Customers who can't watch one of their favorite syndicated shows when stations play them could do so within their own timeframe, opening up round-the-clock advertising and promotion opportunities sharable among stations, operators and syndicators.

"Is there a place for on-demand?" Werner wonders. "Yes, if TV stations are able to monetize their own [content] assets by creating on-demand branded sites in their DMA. We could work with them to assist with VOD revenues, where they make money and we make money. We are always looking for ways to strengthen our partnership with stations."

It all depends on who picks this course and when.

Photo at top courtesy or Corbis. The opinions and points of view expressed in this commentary are exclusively the views of the author and do not necessarily represent the views of MediaVillage.com / MyersBizNet, Inc. management or associated bloggers.