The Numbers are In: SMI's Ad Spend Trends to Watch 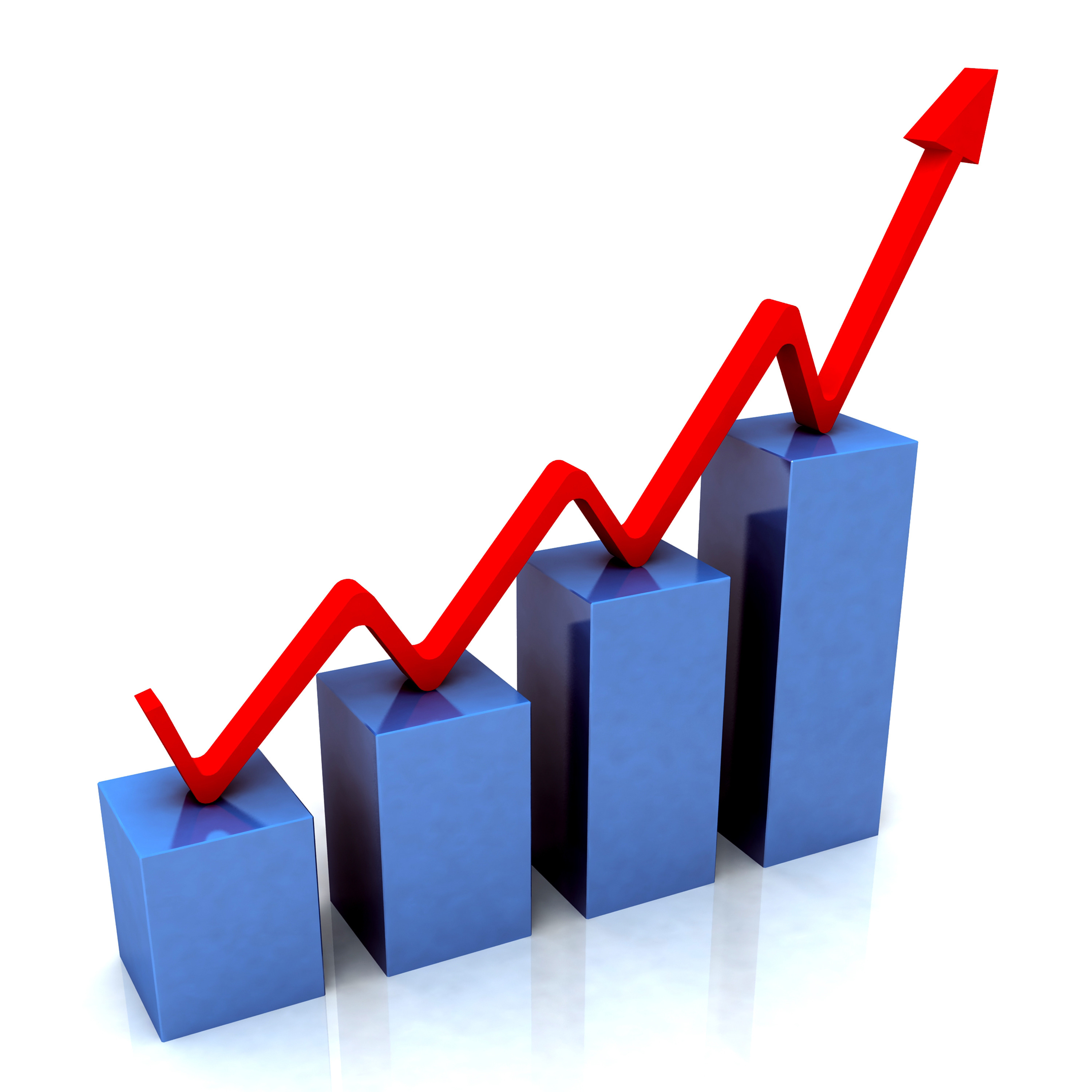 If we've learned anything during the past year, it's that prognosticators can be wrong.  I'm not disputing that Digital ad spend will surpass traditional television this year; rather, I am cautioning that based on SMI January 2017 results YoY the race may be closer than anyone anticipates.

Our January 2017 findings include a growth rate of +5% year-over-year in U.S. media spend. This uptick is significant as it occurred in a historically slow month during a non-election, non-Olympic year marked by economic and political uncertainty.

Intrigued by this development, we have highlighted five trends to watch.

No one can argue that Digital and mobile are central to the consumer journey and are key drivers of the marketing arsenal. With that said, it is also clear that the days of steady 15%-20% revenue growth for Digital as an industry are gone (for now). Even Facebook and Google have been adversely impacted by the broader industry issues. Despite a +37% YoY revenue growth rate for Facebook and +10% YoY revenue growth rate for Google; when looking at top 11 media companies by volume of spend, Google's share was down -2 percentage points and Facebook share was down -1 percentage point, according to our data.

In 2017, we expect marketers to look closely at digital attribution and spend as the industry works to solve its widely-publicized issues including unreliable metrics, ad blocking, viewability, etc.

With the interplay between CMO's and COO's more frequent and intense than ever, ROI and ROAS (return on ad spend) data become the indisputable holy grail. With attribution, optimization and data intelligence taking center stage, TV - linear television in particular, provides verifiable results to marketers and their agencies.

As you can see from the chart below, eight of the ten top national television advertisers (by volume) showed year-over-year growth in ad spend. The rationale for this shift back to television varies by category – but, in a culture that encourages innovation these smart marketers are seeing through data intelligence and ROI metrics that the medium works. 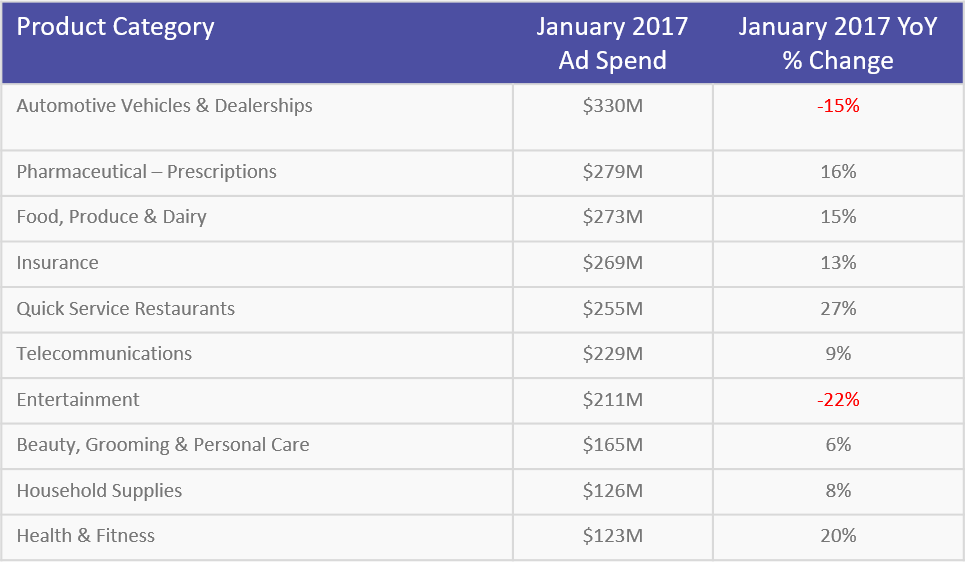 The Trump Effect on TV

In January, we saw that the Trump Effect continued to positively impact ad spend across cable and broadcast news, +10.3% year-over-year.  With the increase in revenue, it is not surprising that the average unit cost is up significantly across all dayparts, especially in cable – FOX is +48%, CNN is +28.8% and MSNBC is +50.1%

The Trump Effect on late night is being dubbed by some as the Golden Age of Late Night as it is an area where his attacks on the media are actually beneficial. On broadcast, CBS is seeing Late Night with Stephen Colbert grow in ratings and NBC is seeing big payoffs for Saturday Night Live. Unit costs for the show have skyrocketed with a :30 second spot on January 14th Felicity Jones sketches averaging $111,045, which is up +86% versus year-ago.

Sports programming, particularly live sports programming, is the one reliable genre that keeps feeding linear TV (both cable +11.1% and broadcast +6.3% total day year-over-year). The question is, with so many new ways to consume sports content including mobile, tablets, OTT, social media, and VR/360i premium video, networks must be vigilant to deliver quality, priced programming coupled with a marketing strategy that makes it "must see".

Television networks are up to the challenge and are fortifying their current home field advantage in the sports arena to preserve the continued value of linear television.

Out-of-Home has transformed brilliantly through technological innovation, mobile convergence and the adoption of digital billboards. The change is so dramatic that advertisers are once again considering the medium a strong buy for certain categories of advertisers. While OOH was +9.7% year-over-year, this growth was fueled by a 43% increase in spend from telecom and triple digit growth from QSR's, consumer electronic companies and automotive brands. This is a trend to watch as the media type is up for three straight quarters. Out-of-Home embodies many of the benefits associated with digital – but, with maximum size and impact. With BIA Kelsey predicting the growing importance of local in an on-demand economy – there is definitely a place for OOH.