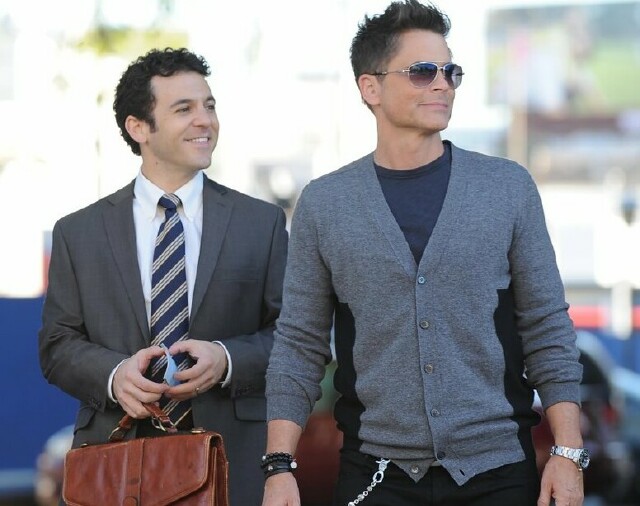 Never before has there been so much cheerleading in the press for so mean-spirited, misogynistic or just plain mediocre a batch of new scripted series. There isn’t a “How to Get Away with Murder,” “The Flash,” “Jane the Virgin,” “black-ish” or “Fresh off the Boat” in the bunch. Based on the pilots provided for review, they mostly run the gamut from A to P ... Awful to Passable.

I strongly suggest that every show-runner and scriptwriter working in broadcast (and cable and streaming, for that matter) binge-watch the first season of Fox’s “Empire” and then check out its grand season-two premiere, which packs more punch in one hour than most broadcast series do in an entire season (the exception being CBS’ “The Good Wife”). In fact, everyone reading this should do exactly that – and then buckle up for the second, third and especially the fourth episodes of the new season which, sources tell me, crush everything in their path.

What have “Empire” executive producers Lee Daniels, Danny Strong and Ilene Chaiken done? “Empire” is so intoxicating it renders inconsequential almost every pilot of the new broadcast season (not that many of them didn’t earn that distinction all on their own)!

Speaking of the network that struck it big with “Empire,” let’s start this fall preview with its five new shows.

Grandfathered – Not gigantically entertaining, but a perfectly pleasant way to spend a half-hour. John Stamos hasn’t been this appealing since the last thing he was in, whatever that was. He’s still TV’s most reliable charm dog – and he won’t be to blame if this one fails. Bonus: “Grandfathered” pairs well with Fox’s other new half-hour comedy, “The Grinder.”

The Grinder – Smart and funny, and the fall season’s best new comedy that does not star Muppets. Co-stars Rob Lowe and Fred Savage (pictured at top) have genuine chemistry and are equally appealing alone or together. But can its restrictive concept work every week?

Minority Report – Among the many, many problems with this show, Stark Sands, one of our finest young Broadway stars, is completely miscast as the lead. It’s just too easy to make jokes about predicting the future of this blatantly terrible series (though everyone is doing it). But I’ll do so anyway.  “Report” will be gone by Christmas.

Scream Queens – Terrible and toxic. These days it’s impossible to say if that condemnation will be the kiss of death or a guarantee of a nice long run. Wait for the scene in which a sorority house maid known as White Mammy has her face boiled off in a deep fryer by one of the girls and then dies. Good times! Jamie Lee Curtis isn’t just the best reason to watch; she’s the only reason to give this show even passing consideration.

Rosewood – Every critic I know who dislikes this show watched it on a computer. I watched it on a giant flat screen in glorious high definition and was so caught up in the look of it I didn’t care that everything else about it was relatively routine. Make of that what you will. (P.S. More shows should be filmed in Miami.)

Best Time Ever – Not by a long shot, if that disturbingly lame premiere was any indication. (As one friend said to me, “I’ve had colonoscopies that were more fun.”) It reminded me of “Best” host Neil Patrick Harris’ entertainment-free stint as host of the Oscars. What I wanted was the NPH who dazzled in that capacity at the Tonys and the Emmys. Maybe this week? Not hopeful.

Heroes Reborn – Can a long-gone franchise that took seemingly forever to die (four unforgettably awful cycles after its sizzling freshman round) find new life as a 13-episode limited series? How can that be possible when (spoiler alert) the cheerleader wasn’t saved? Shouldn’t be world be not-saved? Shouldn’t we all be toast by now?

The Player – This show feels played out by the end of its largely uninteresting first episode. The sad thing is, dynamic series leads Philip Winchester and Wesley Snipes would be awfully good in an uncomplicated, straight-forward cop drama. This is a long way from that.

Truth Be Told – If I’m being honest, as Simon Cowell is known to say, this is one of the worst sitcoms to come along in years. And that’s the truth! People will not be talking about it.

Blindspot – Handsomely produced, well cast and briskly paced, but the questions come as fast and furious as the plot turns. Why was the woman around whom the show revolves left naked in Times Square (other than to send the marketing folks at NBC into spasms of glee)? These days she could have wandered into any Starbucks or Shake Shack and caused as big a fuss. Why was she zipped up in a duffel bag? Why was she tattooed from tip to toe? Why was one particular FBI agent’s name inked in letters on her back large enough to be read by a 90-year-old at 100 paces? Why doesn’t anyone at the FBI notice something about one tattoo that even a secretary there should catch? And here’s the big one: How long will it take for the mythology of this show to play out?

Chicago Med – If the earnest mediocrity of “Chicago Fire” and “Chicago PD” is your thing, go for it. Fun fact: NBC’s three “Chicago” shows exist in the same world as the “Law & Order” franchise, which began 25 years ago this year and has never stopped. That’s a record of some kind, people.

Tomorrow: A look at the new shows from CBS, ABC and The CW