The Slow Churn of the Connected Home - Michael Dowd 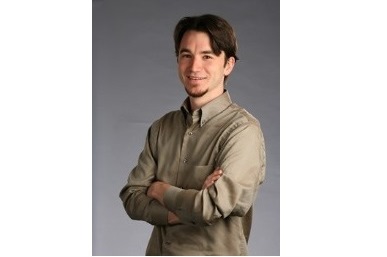 This article is part of a series inspired by GroupM What’s Next 2013,an annual event for marketing and media executives taking a forward look at media and advertising, and what brands should be preparing for in order to succeed.

It’s going to be a while before we realize the full potential of the Connected Home. This is distinct from TVs and the connected living room – many of those devices have already hit the mainstream. The truly Connected Home is about appliances and utilities working together in harmony to reduce energy, save money and make informed decisions about the homes in which they reside. Refrigerators that take inventory, ovens that preheat themselves and thermostats that learn your schedule. Every homeowner stands to benefit from this connected environment and yet few know that the technology already exists. Instead, connected appliances remain relegated to “Kitchen of the Future” displays, while more than 300 million televisions are already connected to the Internet.

While higher prices will contribute to the slower adoption of Connected Home appliances, consumers have been quite content to shell out premium prices for smart TVs over the last several years. As the technology of television has changed, so too has the culture of television. TVs now represent the average consumer’s entry point into the world of cutting-edge technology. These consumers own more TVs per household than ever before, and they are replacing televisions faster than ever. In short, televisions are “sexy.” Kitchen appliances are not.

More often than not, appliances are purchased for one of two reasons: the incumbent appliance has failed catastrophically or it is simply so old that it has become an unwelcome focal point within the home. The idea of replacing a “perfectly good” appliance is ridiculous to most people. This mentality is compounded by the relatively long lifespans of home appliances, which typically range from 10 to 20 years, meaning that new technology isn’t circulated into the mainstream for decades.

This is a mindset which brands must dispel quickly and completely through aggressive marketing. Brands must be prepared to qualify the convenience and quantify the savings of their products. And instead of accepting that connected appliances work on a slower scale, they should aim to destroy that perception.

Companies can look to the Nest Thermostat as inspiration. Nest competes with products that last more than thirty years and are available at 10% of the cost, yet Nest has become one of the first connected appliances to break into the mainstream. The company has been so successful in marketing itself that every major news outlet has covered the release of its upcomingProtect smoke detector – arguably the least interesting appliance in your house. This success has been meticulously crafted through a combination of elegant design, tangible benefits and brilliant marketing. If other companies wish to replicate the success of Nest, they should understand how Nest capitalizes on each of these elements.

Nest considers itself a tech company, more akin to Google or Apple, than GE or Whirlpool. It is evident in everything Nest creates, from its packaging down to its messaging. This has aided the company’s ascent within the Connected Home movement, which is fundamentally a revolution based on technology, rather than hardware.

This is the approach that more brands need to take in order to ride the undercurrents of Connected Home into the future. They must develop a viable technology ecosystem and force consumers to understand that their technology is smarter, not just better. Connected Home isn’t about who can create the most apps. It’s about who can make our lives easier by integrating our homes into our own habits and needs in a way that feels natural.

The Connected Home of today is fragmented, overwrought and lacks a unified message. But the technology is here, and the benefits are real. Companies such as Nest and Dropcam are proving that consumers are ready. Now it’s up to the major electronics brands to learn from these smaller companies by focusing their software, defining their value and better understanding Connected Home’s place in the future. Otherwise, they risk rewriting the story of so many companies before them – of early adopters who failed to comprehend the future and were left in the past by their more nimble rivals.

Michael Dowd is Chief Technologist for GroupM Next, the media innovation specialist division of GroupM that provides thought leadership, industry perspective, operational support, and scalable business solutions to GroupM agencies. Michael monitors the trends which are driving where and how consumers interact with technology and develops perspective on how those changes will impact GroupM brands.