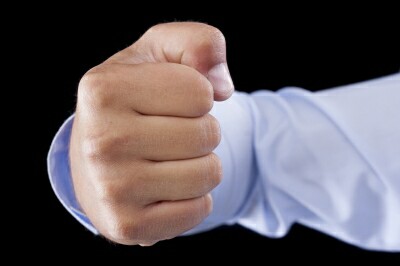 Anyone who works for or has ever worked for Sir Martin Sorrell’s WPP will know the email story. Basically, if you send Sir Martin an email you will get a personal response within around 30 minutes. I can vouch for this being the case. I even tried the theory out after I had left WPP and can report that it still holds.

Quite how Sir Martin does this is unclear; given the number of emails he must receive he must either have a supremely efficient and very well informed group of personal assistants or he is indeed blessed with super email-answering powers. Whichever it is, it’s mightily impressive and certainly puts into context some of the difficulties faced in getting any response at all out of some of his agencies.

But the great man’s superpowers don’t stop there. He is also it seems blessed with an ability to read his competitors’ minds. Only this last week Sir Martin was opining on why Omnicom’s CFO was leaving the organization. Never mind the fact that Randall Weisenburger’s reasons for leaving are a matter for Omnicom and its CEO John Wren; never mind that maybe Mr Weisenburger’s reasons might be private and personal; never mind that there is no possible explanation that makes any of this any of a competitor’s business. None of this stopped Sir Martin from informing journalists that he found this development “remarkable.”

Of course Sir Martin wouldn’t be Sir Martin if he didn’t link this departure with the failure of the Omnicom Publicis merger; a failure that has had the great man turning metaphorical cartwheels of delight ever since it happened. As he said to Campaign: "It’s quite remarkable that you’ve had this reorganization at Publicis and that you’ve had this resignation of the CFO of Omnicom …”

A few weeks ago, in the most daring demonstration yet of his competitor-reading superpowers Sir Martin took on the UK Government. For those unaware, here’s the background.

The UK Government spends a lot of money on advertising. Where it ranks in the top spenders table varies by year but suffice to say that the Government is generally amongst the top five. The account is much sought after, not just for its size but also for the kudos, the contacts and the political clout it brings to the incumbent.

Four years ago, the Government decided to centralize all media activities into one agency (previously the business had been split amongst a number of agencies by medium). A pitch was held and WPP’s GroupM triumphed. The GroupM solution was to set up a separate dedicated media agency called M4C to handle the business.

I am sure that M4C has done a fine job, but in due course a statutory review was called, as is usual with such contracts. This was duly announced and a six-month process was begun involving objective experts, including the largest of the media auditing businesses, Ebiquity.

The details aren’t in the public domain (or if they are I’m not aware of them) but at the end of what was one imagines a highly rigorous and tightly controlled process the result was announced. M4C had lost; Carat had won.

No doubt there were serious celebrations at Carat (who had it seemed been targeting this business for many months, and had hired senior people with experience at handling Government business to drive the agency’s efforts); and equally there must have been a great deal of disappointment at M4C, even if at an individual level the TUPE rules would mean that many would be offered jobs in the new Carat team.

Enter Sir Martin and his superpowers. This being a Government contract there was the option of an appeal offered to the losing organization. You don’t offer a man like Sir Martin an opportunity like this without him grabbing it with both hands. As predicted by Arif Durrani in Campaign a month or so ago, lawyers were engaged and the appeal commenced, to general surprise.

Last week a rather interesting story appeared in The Financial Times. The paper’s digital media correspondent Robert Cookson reported that not only was GroupM taking legal action to appeal the loss of the contract but also that they had taken the unusual step of obtaining a court order blocking public access to information about the case.

Cookson went on to comment that it is “rare” for UK courts to keep court documents private during civic proceedings. GroupM maintains reasonably enough that commercially sensitive information is included in their appeal papers, hence the need for a block.

Block or no block this is still an unusual state of affairs.

GroupM no doubt gave the pitch their best shot. Carat one imagines did the same. The auditor would have evaluated all submissions thoroughly. Government officials would have gone to huge lengths to ensure fair play.

GroupM cannot have known what Carat proposed; and vice-versa. Neither GroupM nor Carat can have had any influence over the independent, objective view of Ebiquity, who presumably recommended that Carat be hired.

Yet GroupM is so sure that they’ve been wronged that they are prepared to go to the expense and inconvenience of an appeal. This has to be high-risk, surely. If the appeal succeeds and GroupM emerges triumphant after all then stand by for a Carat counter-appeal. Furthermore the reasons why the original decision (to award a Government contract to Carat) has been over-turned will come under scrutiny. This in turn will risk exposing whatever it is that GroupM is keen to keep hidden.

There can only be one explanation. Sir Martin’s superpowers enable him to be aware of Carat’s original proposal and thus to be so positive that his agency’s proposal is superior that he is prepared to go to court to prove that he is right and everyone else involved has either made an error or is simply misguided.