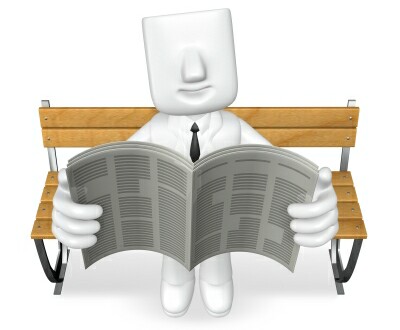 The mighty row over at The Telegraph ignited by the resignation of that well-respected journalist Peter Oborne has brought the relationship between advertising and editorial centre stage once again.

For those Cog Blog readers unaware of our parochial media shenanigans, The Telegraph is a respected broadsheet publisher that attracts a largely conservative readership for whom the paper’s mix of in-depth quality reporting and feature writing is appealing. Peter Oborne is a “name” journalist, in part responsible for attracting readers to the newspaper and its digital variants.

Oborne resigned because he felt that his and his colleagues’ reporting of the current scandal around HSBC and tax avoiders/evaders was either ignored or at best down-graded by management on the back of threats from HSBC to withdraw its advertising.

We’ve been here before, and commented before, here and here, but it seems timely to restate what I see as the key principles again:

1. Editors are there to ensure that the newspaper first covers and second gives the right prominence to the right stories. It’s a shame that The Telegraph appears not to have an overall Editor.

2. Every other serious newspaper considered the HSBC tax avoidance story to be important. The Telegraph it seems did not.

3. According to Oborne, and it’s hard to know why he would make such a thing up, HSBC has brought pressure to bear on The Telegraph not to write nasty things about them.

4. No advertiser has any right to do that; and if they do the Editor and the paper’s management should tell them to disappear.

5. HSBC has every right to advertise wherever they want. If any paper writes what they consider to be unfair or harmful things about them, thus turning their readers against them then they don’t have to advertise in the paper. Further, they can always sue the paper if they feel they’ve been libelled.

6. By allegedly giving in to an advertiser and downgrading a news-story everyone else seems to think is important The Telegraph will have diminished itself in the eyes of its readers.

7. It seems more than likely that readership will drop, across all platforms.

9. And all because The Telegraph didn’t want to lose ad revenue.

Meantime, Sir Harold Evans, ex of The Times and The Sunday Times and one of our greatest ever newspaper editors makes an excellent point when he says that the coming of native advertising makes it even more important that Editors should have the final say over what goes in the newspaper.

To have it any other way starts to threaten the objectivity of the press, which is exactly why so many people read newspapers in the first place.