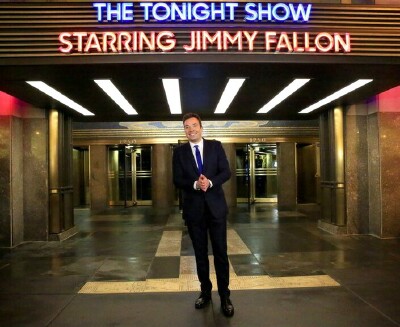 There is no easy way to do this. Even by increasing the old and outdated concept of a year-end top-ten list to a list of the 20 best programs of the previous 12 months it seems there still isn’t room to acknowledge all of the great work being done by the broadcast and cable networks and streaming and satellite services. And even with the relative “luxury” of a list that allows for 20 programs it is inevitable that many popular choices made by other critics and industry observers – not to mention “ordinary” viewers – will be excluded, leading to all manner of complaining. But that’s what the free and open exchange of opinions that defines social media is all about, isn’t it?

Without further ado, here are the best programs of the year just passed, beginning with the one I have designated as the Program of the Year.

“The Tonight Show Starring Jimmy Fallon” (NBC) – In its 60th year, “The Tonight Show” was excitingly revitalized in a number of ways that made it feel more current than it has since Johnny Carson was in his prime and it reigned as the most powerful and profitable program on television. When this all-new “Tonight” began on February 17 it was a totally unrecognizable franchise with a dynamic new host in Jimmy Fallon, a fabulous new band in The Roots and an unsurprising and very welcome new energy that came from its move back to New York City after 42 years in Burbank. Fallon had done a fine job in recent years as host of NBC’s “Late Night” (and now Seth Meyers is doing very good work there as well), but anyone who recalls his humble beginnings on “Saturday Night Live” could not possibly have imagined that he would one day take over a franchise almost as old as television itself and make it feel like something that is comfortably familiar and intoxicatingly new. One could fill columns simply by reminiscing about the amazing moments Fallon and Co. have given us since then: For me, the long-overdue returns to the show of one-time “Tonight” guest host Joan Rivers (shortly before her untimely passing) and the legendary Barbra Streisand (after an absence of almost 50 years) were the standouts (along with the return of “Password”). But there were so many more it boggles the mind. Late night television hasn’t been this vital since David Letterman moved over to CBS 21 years ago.

“The Roosevelts” (PBS) – The other outsized accomplishment of the year was “The Roosevelts,” a documentary about one of the most formidable families in American history that clocked in at 14 hours, making it longer (and more consistently absorbing) than many of television’s most talked about drama series. A production of this magnitude might be the crowning achievement of lesser mortals, but documentary filmmaker Ken Burns and his colleagues somehow manage to continue turning out such magnificent work on an almost annual basis.

“The Good Wife” (CBS) – Coming around to scripted dramas, there are none better than this unapologetically adult saga about legal, political and family dysfunction. Series creators and executive producers Robert and Michelle King, along with their writers, their cast and their roster of rotating guest stars, have done something most people would insist is impossible: Made a broadcast drama increasingly more entertaining through each of its six seasons without ever revealing a fin from a passing shark, let alone jumping one. In the last 12 months everyone on the show’s canvas has somehow been sent reeling by the dismantling of the law firm at its core, the creation of a new one, the death of a primary character and the struggle of another to stay out of prison, which seems to have been a losing battle. "The Good Wife" (pictured below) offers bold, brazen storytelling on a level that few broadcast series even try let alone do well. It is also smarter in the way it works digital technology into its plotlines than any other show on television. 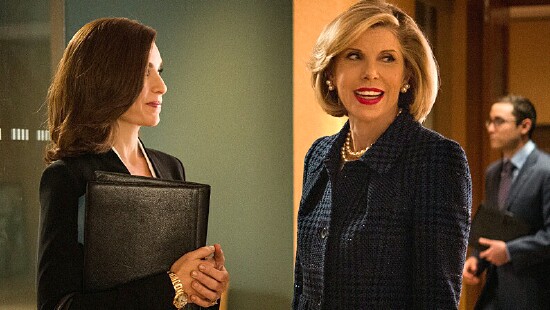 “The Killing” (Netflix) -- This murder mystery lasted three seasons on AMC. The first was considered quite good even though it didn’t end right. The second was a time-killing drag. The third was very powerful at times but not entirely successful. It seemed as though a once promising show was going to disappear in a slow fade. But even as it wavered on cable, “The Killing” was evolving into a streaming success on Netflix, prompting the company to produce six final episodes that tied up a host of loose ends from its bumpy narrative history and resolved many character issues while also telling a riveting new tale of madness and murder that showcased some of the best acting of the year, especially by series leads Mireille Enos and Joel Kinnaman, guest star Joan Allen and an amazing young actor named Tyler Ross who deserves some kind of recognition come awards season. Wouldn’t it be great if Netflix, Amazon and the rest could send more established broadcast and cable series off in so grand a manner and turn them into shows that reward long-time commitments rather than let viewers down at the end (as so many dramas tend to do, simply as a function of fatigue)?

“Enlisted” (Fox) – I believe I have finally put behind me Fox’s horrible bungling of this funny, heartfelt and smart show that celebrated the past and present sacrifices made by the men and women of our military in a way that no show has ever managed to do. Or maybe I haven’t … just writing that sentence made me angry all over again.