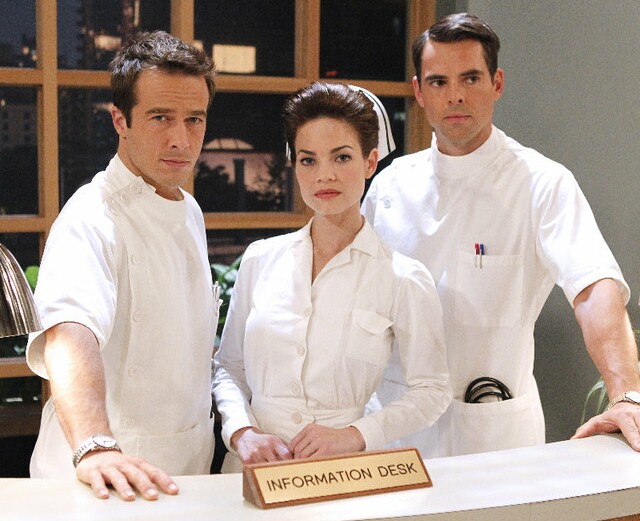 Continuing with the official Planet Ed Top 25 Shows of 2015 countdown -- a list unlike any other you will see among the many year-end honor rolls set to flood the media during the next few weeks -- the show that has landed in the No. 23 spot is the 52nd anniversary episode of ABC’s “General Hospital.”

This venerable soap opera hasn’t had a very good year. Despite having one of the best casts and most talented production teams working in daytime it has once again become a largely unsatisfying saga about violent mobsters and the ladies who love them above all else (including decency, humanity and the law). And a year-long story that served as a farewell saga for the legendary Anthony Geary, who had played tormented anti-hero Luke Spencer and, briefly, his manipulative look-alike cousin Bill Eckert for most of the last 36 years before exiting the show in July, dragged on entirely too long, stumbling over itself along the way.

But the episode that marked the show’s 52nd anniversary was a stunning marvel unlike anything ever seen in daytime drama. It was filled with newly produced flashback sequences that revealed fresh information about the Spencer and Eckert families that enhanced several stories from its rich history dating all the way back to the very first episode in April 1963, 16 years before Luke appeared on the canvas and 28 years before we first met Bill. It was an incredibly inventive narrative triumph pulled together by executive producer Frank Valentini and head writer Ron Carlivati (who has since left the show) and his team. 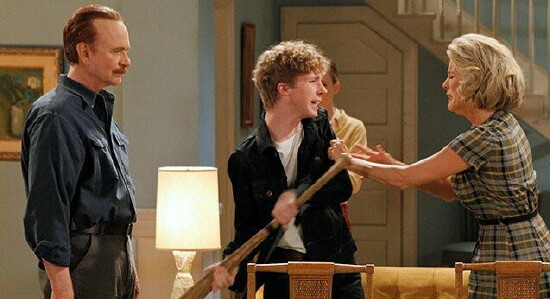 In those “flashbacks” current cast members Ryan Carnes, Rebecca Herbst and Jason Thompson (pictured left to right at top) convincingly portrayed iconic “GH” characters Phil Brewer, Jessie Brewer and Steve Hardy, respectively, while Laura Wright – the actress who plays the ferocious Carly Corinthos – played the sweet and fragile mother of young Luke and his two sisters. Geary did double duty as his drunken and abusive father, Tim, opposite talented newcomer Joey Luthman as the younger Luke and, later, the younger Bill. (Geary, Luthman and Wright are pictured above).

None of that means anything to anyone who isn’t familiar with the past history and present-day drama of “General Hospital.” For those of us who are, however, it was an extraordinary bit of storytelling – one that could only work on a daytime soap that had run for decades.

A soap opera is never better than when it serves up dramatic payoffs to long-running stories that reward viewers for their long-term loyalty. Most of the writers working in soap operas today don’t understand that; but for one wonderful hour back in April the writing team at “GH” provided a master class in how it should be done.