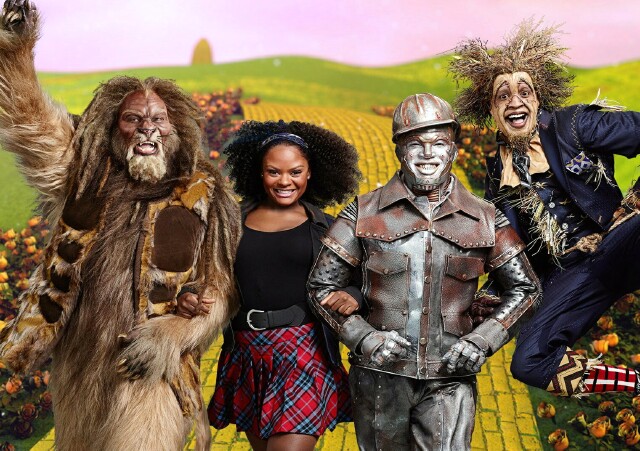 NBC certainly has its problems with primetime entertainment … but you wouldn’t know it this month, during which the network has been presenting a cavalcade of wonderful holiday-season specials including two stunning standouts, a live production of the musical “The Wiz” and a wholesome family movie produced by Dolly Parton that seemed custom-made for the Hallmark Channel but felt just right on a big broadcast network. These two specials comprised broadcast’s biggest win-win of the year.

If only some of that magic translated into the network’s series programming. Three of its five fall freshmen have already been cancelled – “Best Time Ever with Neil Patrick Harris,” “Truth Be Told” and “The Player.” Miniseries “Heroes Reborn” has been a lukewarm performer. Like “Chicago Fire” and “Chicago PD,” new companion series “Chicago Med” is what it is, which isn’t much, though I like the way characters move back and forth between the three, the way characters used to on “Green Acres,” “The Beverly Hillbillies” and “Petticoat Junction.” (Seriously, the three “Chicago” shows are perfectly fine, but they always feel like they could be so much more than they are.) The only bright spot is “Blindspot,” a show that seems to owe much of its early success to the willingness of star Jaimie Alexander to bare all. (It certainly isn’t the character development that is propelling this one along.)

But when it comes to creating shows that are truly special, NBC – home of “The Tonight Show,” “Saturday Night Live,” “Late Night,” the Golden Globe Awards, annual coverage of the Macy’s Thanksgiving Day Parade and the tree lighting ceremonies at Rockefeller Center and breathtaking coverage of the Winter and Summer Olympic Games – plus the fourth hour of the “Today” show with Hoda Kotb and Kathie Lee Gifford – obviously excels.

Which brings me back to “The Wiz Live!” and “Coat of Many Colors.”

“The Wiz Live!” was so wonderful that it obliterated all memories of the network’s presentation last December of “Peter Pan Live!,” instead reminding us all that the network’s first such production – 2013’s “The Sound of Music Live!” – was perfect family friendly holiday entertainment and launched what should be an enduring holiday tradition at NBC. (All three were produced by miracle workers Craig Zadan and Neil Meron.) This is exactly the kind of big-swing programming networks should endeavor to create as the rising tide of scripted and unscripted cable and streaming fare threatens to overwhelm them and render them inconsequential.

And then there’s Dolly, whose “Coat of Many Colors” played like the ultimate Hallmark Channel movie or one of the better episodes of “The Waltons.” This was a remarkably bold move by NBC Entertainment Chairman Bob Greenblatt and his team; had the movie not worked, as so many media observers anticipated, it would have been a titanic embarrassment. Instead, “Coat” was a deserving hit, to the surprise of all, except maybe Greenblatt and Co., who made clear how serious they were about their new production deal with Ms. Parton last spring by having her perform during NBC’s Upfront presentation at Radio City Music Hall. (She is pictured below with Greenblatt at the piano.) 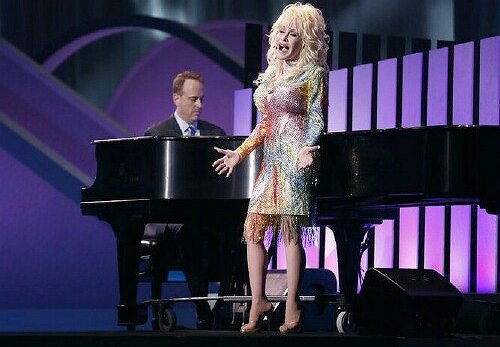 If anything, the success of “Coat” on NBC should reinforce the success Hallmark Channel and Hallmark Movies & Mysteries have been enjoying with their robust movie franchises. Clearly there is a growing audience for their content. 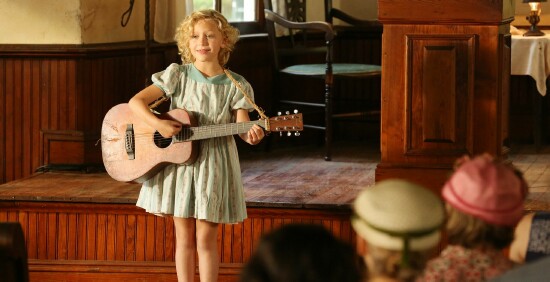 So let’s hear it for newcomer Shanice Williams (pictured at top with her terrific co-stars David Alan Grier, Ne-Yo and Elijah Kelley), whose performance as Dorothy in “The Wiz Live!” actually eclipsed those of the many superstars in its cast (though they were all just grand, especially Stephanie Mills, the original Dorothy in the 1975 Broadway production, now movingly portraying Aunt Em, and Mary J. Blige as the Wicked Witch of the West) and young Alyvia Alan Lind (pictured above) as the very young Dolly in “Coat.” Little Ms. Lind, by the way, is a genuine scene stealer on CBS’ “The Young and the Restless,” on which she recently sang, sounding once again every bit like a young Parton. I have no doubt she'll be entertaining people for generations to come.