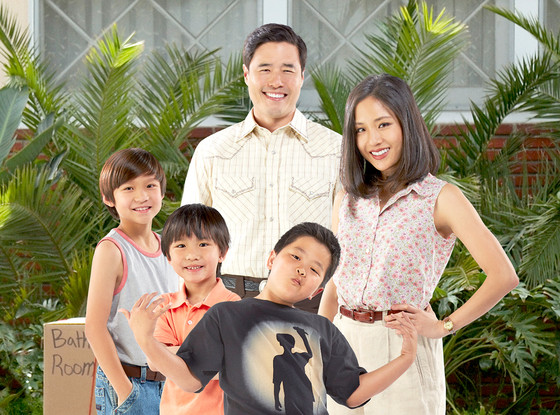 ABC has officially cornered the market on family focused (and, generally speaking, family friendly) sitcoms with its long-running “Modern Family” and “The Middle,” newer efforts “black-ish” and “The Goldbergs” and fantastically funny 2015 freshman “Fresh Off the Boat” (pictured above).

At a time when other broadcasters can rarely concoct a satisfying situation comedy of any kind, ABC has come up with five distinctive, smartly written and above all genuinely funny shows that have modernized a genre as old as television itself. And as an obvious extra bonus, ABC should be commended for bringing us the most ethnically diverse slate of comedies on television. 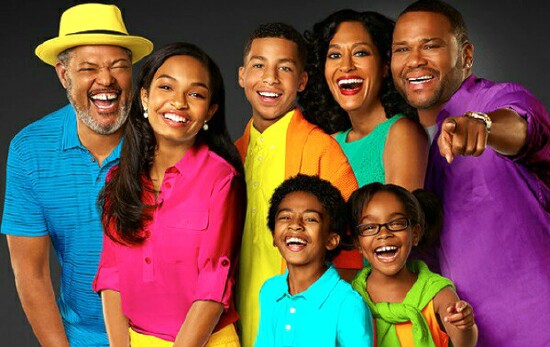 At the start of the season, “black-ish” presented an episode about the N-word that positioned the show as the closest thing we have to a classic Norman Lear comedy. (The cast of "black-ish" is pictured above.) I feel the same way about “Fresh Off the Boat,” with its priceless comic performance by Constance Wu that belongs in the company of Beatrice Arthur in “Maude,” Isabel Sanford in “The Jeffersons” and Bonnie Franklin in "One Day at a Time." (The only other comedy on television right now that comes close to Lear greatness is the marvelous “Mom,” which explores contemporary themes and issues while also depicting with great humor life as it is lived by more people than we might think. But that’s a CBS show, and this column is all about ABC.)

Of all of these shows, the one that I have found to be the funniest and most consistently relatable from day one is “The Middle,” about a white working class family struggling to live paycheck to paycheck in the town of Orson, Indiana. Its humor is generally broad and sometimes wacky, but when it wants to connect on an emotional level it does so with a deep understanding of the frustrations and fears that come with a life devoid of financial security. One of the great pleasures of the current season has been the exploration of oldest son Axl’s insecurities as adulthood looms. Dim jock Axl (Charlie McDermott) was always the carefree goofball – even though he has been in college a couple of years he still is doing his best to be irresponsible – but lately he has been made to think about the challenges of his future and has been reduced to uncharacteristic tears. Eden Sher, the crazy talented actress who portrays his indefatigable kid sister Sue, is still the scene-stealer here, but the rest of the cast continues to find ways to keep their characters fresh and funny. (McDermott and Sher are pictured below.) 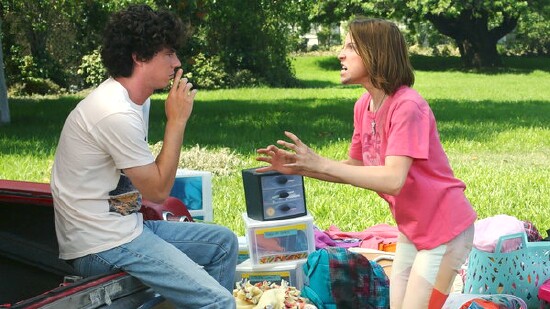 If “Modern Family” and “black-ish” take the usual sitcom route, one in which money is not a concern for the primary families on their canvases; and “The Goldbergs” and “Fresh Off the Boat” feature families that aren’t necessarily well-off but aren’t hurting, either, “The Middle” (and “Mom”) dare to acknowledge that most Americans simply do not have money and aren’t too happy about it. This is something most television writers in Hollywood would prefer to not think about while socking away their big bags of money.

Like “Modern Family,” which has won a truckload of awards, the egregiously overlooked but no less deserving “The Middle” in its seventh season shows no signs of getting old or slowing down. It belongs alongside “All in the Family” (which somewhat alarmingly seems as relevant today as it was over 40 years ago), "Good Times" (in its early seasons) and “Roseanne” (ditto) on the very short list of the very best comedies about families in perpetual financial distress that nevertheless find ways to survive and thrive. It’s a marvel.