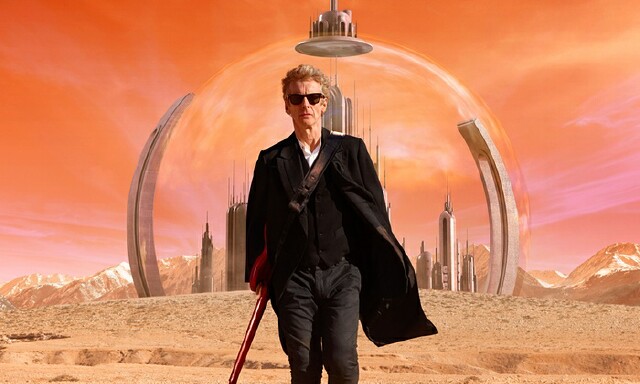 A friend recently shared with me updated information he had studied about dark energy, dark matter and the outer edge of the universe, which is apparently expanding by the minute. Who knew? I killed what had been a very engaging conversation when I asked, “If the outer edge of the universe tomorrow is going to be in places that it is not in today, what’s in those places right now?” He tried to get it going again by shifting the topic to how alone and vulnerable humans are on this planet, cheerfully noting that a single blast from a quasar could wipe us all out at any time and we wouldn’t even see it coming. None of this did much to get my mind off terrorism, gun violence, skyrocketing health care costs, our stagnant economy and other pressing matters of the moment, but it did put me in the right frame of mind for the ultimate television escapism – a robust binge of episodes from BBC America’s “Doctor Who,” a show that always makes even the most complex theories about space and time seem somehow to be manageable.

To be specific, my recent binge consisted of the last eight, mind-bending, timey-wimey episodes of the 2015 season, the second with Peter Capaldi (pictured at top) in the title role. My brain still hurts from making sense of what I saw, a challenging task that became hugely rewarding once narrative clarity (or something close to it) was achieved. (Thank the heavens that I have a friend who obsesses over the Whoniverse and can tie together seemingly disparate details from the franchise’s 52-year multi-media run in a way that makes it all make sense.)

This isn’t the first time I have been blown away by the storytelling on this show, and I know it won’t be the last. I can’t possibly sum it up here, but the main storyline that ran through the second half of the season set the stage for the departure of the much-loved actress Jenna Coleman (pictured below) and her equally adored character Clara Oswald, who had been the Doctor’s most recent companion. (No spoilers here, but it has to be said that Clara’s departure is really rather fantastic.) 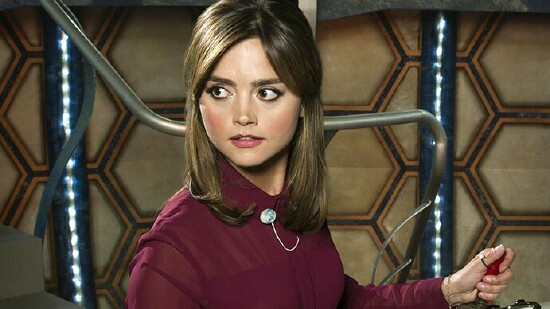 In the grand tradition of the best-written episodes by current executive producer Steven Moffat and immediate past EP Russell T. Davies, the last three episodes (which took the Doctor billions of years into the future and back, but also sideways) tied not only into an episode seen earlier in the season (“The Girl Who Died,” otherwise known as the one with the Vikings) but to a moment (that’s right, a moment) in an episode of this British import first seen here in April 2008, in which the Tenth Doctor (David Tennant) and his then-companion Donna Noble (Catherine Tate) end up in Pompeii during the 79AD eruption of Mount Vesuvius. Capaldi was a guest star in that episode, a marvelous bit of casting seven years ago in a story that sparked the narrative of this most recent season’s final hours.

There was so much more to this season’s finale – including a surprise reference to the Eleventh Doctor’s beloved companions Amy and Rory -- but space and time and spoiler sensitivity won’t let me continue. Suffice it to say that for a high-powered story that has been playing out for more than a half-century “Doctor Who” feels younger, braver and bolder today than just about anything else on television or any other digital platform.