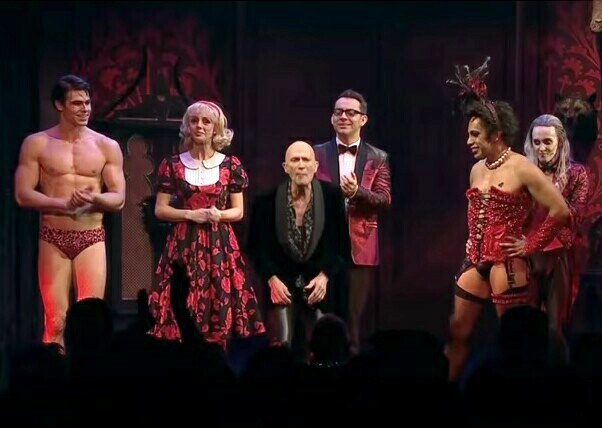 One of the year’s brightest and most entertaining programs flew right under the media radar, despite being part of the 40th anniversary celebration of the most popular cult movie of all time, “The Rocky Horror Picture Show.”

BBC America at midnight on October 18 (and again on Halloween night) presented a taped performance of the year’s global anniversary tour, shot at London’s Playhouse Theatre and featuring multiple guest narrators scattered throughout including Stephen Fry, Anthony Head and Richard O’Brien, who wrote the original musical and the screenplay for the legendary movie.

I’ve seen multiple theatrical productions of “The Rocky Horror Picture Show” over the years, including on Broadway and way-way-way Off-Broadway, and while nothing compares with seeing any show live on stage, I think I enjoyed this presentation more than any other (including the original movie).

This presentation was another great example of what BBC America does best: Bringing to American audiences outstanding British productions of every kind (especially “Doctor Who,” “The Graham Norton Show” and, currently, “The Last Kingdom”). Rights fees permitting, I hope it makes this production of “Rocky Horror” an annual Halloween event.

Meanwhile, I wonder if NBC or Fox might consider televising a live production of this enduring musical next October.