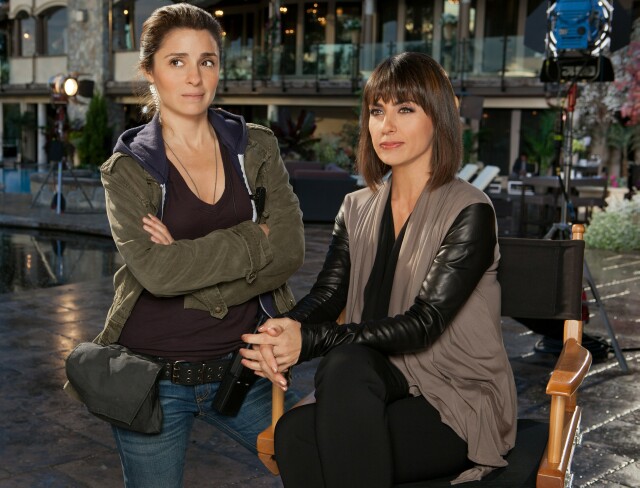 I have put these two shows together in the No. 5 position on my Top 25 list because they share something significant in common. Both shows debuted last summer on basic cable networks absent any significant expectation or anticipation, at least on the part of the press, and they were both identified immediately as being among the best new series of the year. Further, those two networks are not necessarily known for producing top-quality drama series that are heralded by critics as being among the best that television has to offer during this era of Peak TV.

So there was much to celebrate all around as USA Network and Lifetime delivered two of the biggest surprises of the year, both during the summer months when surprises of this magnitude tend to be few and far between, especially on advertiser-supported cable. 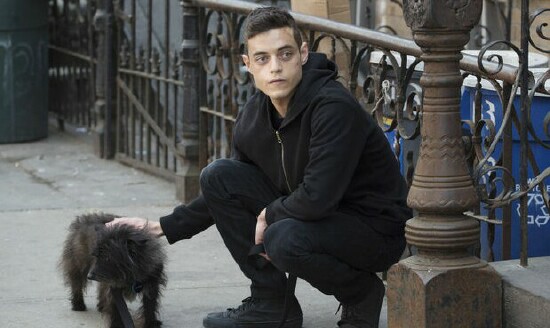 “Mr. Robot,” on USA (which hasn’t had a noteworthy new show since the glory days of “Psych,” “Burn Notice,” “White Collar” and “Covert Affairs”), was certainly the more challenging of the two. Its consistently fascinating story centered on a scary smart but severely disturbed and withdrawn engineer named Elliott who works at a cybersecurity company and is approached by the leader of a hacker group to take down a monstrous conglomerate – and that doesn’t begin to get into what this show really is. Rami Malek (pictured above) was a revelation as the brilliant but detached Elliott, and Christian Slater was mesmerizing as the very mysterious title character who broke through to him and moved him to take action against people he knew to be bad – and that doesn’t begin to get into what these characters really are.

This was one of the most stylized shows of the year, with the coolest opening credit sequence to come along in a very long time. Week after week, scene after scene it reminded me of those great movies about paranoia and isolation that were so prevalent in the Seventies. Fans are counting the months until it returns.

Lifetime’s “UnREAL” couldn’t be more different from “Mr. Robot,” except in terms of its overall quality. A soap opera-like drama about the cut-throat world of soap-operatic reality television, this show became a sensation with its take on the behind-the-scenes manipulations and machinations at a series not unlike ABC’s “The Bachelor.” “UnREAL” was seriously shocking, sexy and sad in its exploration of the peculiar appeal and soul-diminishing dark side of so-called real-life TV, developing characters we hated to love and some we loved to hate and a few that were caught and crushed between them. 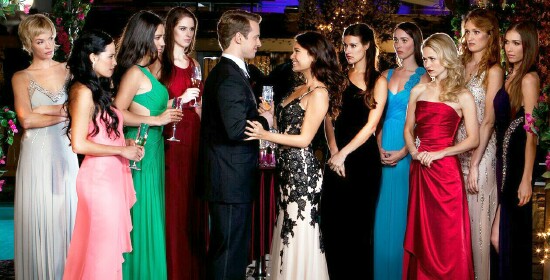 A uniformly terrific cast was headed by Shiri Appleby as a messy and messed up young producer struggling to get back into the game after suffering a breakdown and Constance Zimmer as her boss, a fire-breathing behemoth who began to show a human side as the season progressed. (Appleby, left, and Zimmer are pictured at top.) Their touching and tempestuous relationship was always engrossing and oddly endearing, with each of them experiencing triumphs and setbacks both personally and professionally and responding in ways that set the stage for what could be years of entertaining stories. Appleby and Zimmer have the kind of chemistry that can’t be planned – it just happens, and we all know it when we see it.

Both of these shows were dazzling accomplishments of the kind that result when singular and specific creative visions are permitted to take shape. Their first seasons will be long remembered as examples of extraordinary television. Here’s hoping neither one falls into the dreaded sophomore slump that so many truly promising dramas often suffer.