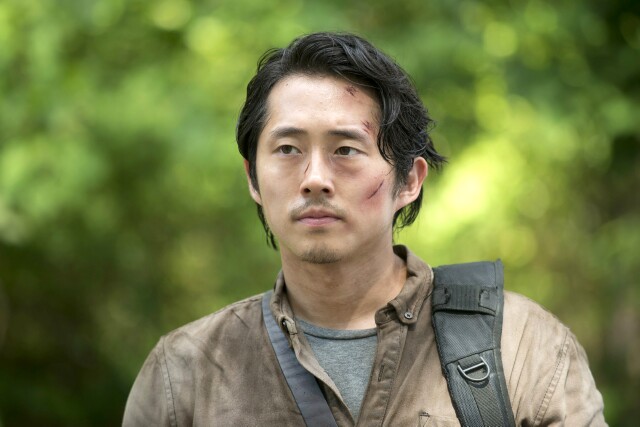 There isn’t another show on television that engages its audience in so many ways as AMC’s “The Walking Dead.” Maybe that explains why it remains the most popular TV series among the medium’s most coveted demographic, adults 18-49.

What a year it has been for this fearsome franchise, especially this fall, then the first half of its sixth season had fans in a prolonged frenzy over the fate of one of their favorite characters. After a few episodes featuring set pieces that were positively cinematic in their scope and scary splendor – from Rick and his ragtag group of survivors attempting to control a horde of thousands of walkers to that utterly terrifying, ultra-violent attack on the Alexandria compound by a pack of murderous humans known as Wolves – the show threw its galvanized viewers into a full social media boil when it toyed with the fate of their beloved Glenn, a legacy character from the start of the series, by suggesting (quite convincingly) that he had become zombie food.

As it happens Glenn (improbably) survived without so much as an itty bitty bite, but fans weren’t let on for several weeks, and during that time AMC milked the is-he-dead-or-not cliffhanger for everything it was worth. The week after Glenn appeared to meet his fate – when the fan frenzy was in maximum overdrive – AMC infuriatingly delivered an extended standalone episode that delved into the backstory of another character altogether, the similarly well-liked Morgan (who would become one of the least appealing characters on the show’s canvas by season’s end). The network for several episodes even removed from the show’s credits the name of the actor who plays Glenn, Steven Yeun.

AMC also utilized its live post-“Walking Dead” talk show “Talking Dead” to further manipulate the distraught masses. (At least there was no dishonesty involved; Yeun did not appear on the “Talking Dead” hour immediately following the episode in which it seemed that he had died, as all actors on the show do when their characters buy the farm.)

These were a series of canny moves by a network that isn’t afraid to work with television and all connected media the way they are today. In other words, via live television and understanding the power of the Internet AMC wasted no time in stirring up a social media frenzy over Glenn’s fate. The result may have been the biggest TV cliffhanger since the Who Shot J.R.? mystery on “Dallas” back in 1980. That took nine months to be resolved. The whole Glenn thing lasted only one, but it got the job done.

Meanwhile, AMC this year launched a “Walking Dead” new series, “Fear the Walking Dead,” that is neither a prequel to nor a spin-off from the story of the “Walking Dead” characters. Call it a companion series; an entirely detached and distanced drama depicting the very beginning of the zombie apocalypse on the other side of the country. 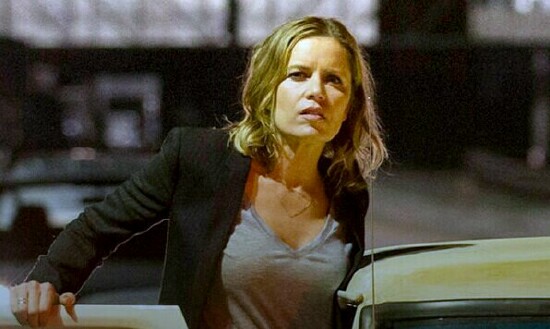 “Fear” was an unexpected surprise, not in its continuation of the sprawling zombie saga, but in its depiction of modern family life in a way it is rarely portrayed on television: messy and barely intact. How interesting that its primary character is a brave and bold single mom. Her name is Madison Clark (played by Kim Dickens, pictured above), and she’s already as gutsy on this show as kick-ass former wife and mother Carol Peletier (the invaluable Melissa McBride) is on “TWD.” 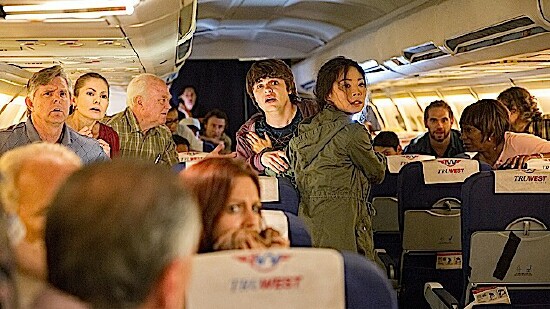 “Fear” had a companion piece of its own, too – a Web series titled “Fear the Walking Dead Flight 462” (pictured above), episodes of which were shown during commercial breaks of “Fear.” That was another brilliant move on the part of AMC, making it all but impossible to ignore the commercial pods in each "Fear" telecast for fear of missing something. Set in a crowded commercial airliner at the dawn of the zombie apocalypse, it was a compact and compelling thriller that should herald a new trend: The production of narratively connected Webisodes designed to run not only online but during commercial breaks on television shows.