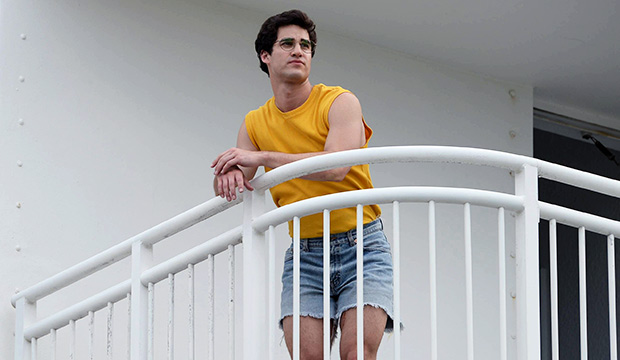 This is the fourth installment in a multi-part series identifying the top TV programs of 2018.  As always it is what I hope to be an interesting mix; one that challenges the sameness of so many other year-end lists of this kind.  Think of these collective columns as one list of the 25 shows I found the most engaging, or have the most to say about, or both.  The many year-end lists that will be found in print and online outlets throughout the month of December will for reasons that continue to elude me be limited to ten shows only, just like they were 50 years ago when national television consisted of three broadcast networks and PBS.  There are over 1000 shows available today on broadcast, cable and the major streaming outlets … not to mention YouTube, Instagram, Rooster Teeth, Snap and many more.  Most of them are designed to appeal to one demographic or another, and dozens of them are extraordinary for one or more reasons.  Frankly, a list expanded to 25 isn’t even enough, but I need to stop somewhere.

Congratulations to Ben Stiller for his fine work as executive producer and director of all seven hours comprising the Showtime limited series Escape from Dannemora, which has already received a collective boatload of Golden Globe Award, Critics’ Choice Award and SAG Award nominations.  More a mega-movie than a mini-series, it is based on a real-life incident at a prison in upstate New York three years ago that dominated local news in the tri-state area as well as the cable news networks and countless print and online outlets.  Escape tells the story of two manipulative inmates who escaped from prison with the help of a female employee at the facility with whom they were having sexual relations.  I’m tempted to assert that Patricia Arquette (pictured below), as their willing accomplice, has delivered the performance of her career, but her resume is so strong and her award shelf so full that I’m not so sure.  She utterly transforms herself into someone completely different, in the way that Robert De Niro and Charlene Theron are known to do.  The men in the cast – including Benicio Del Toro, Paul Dano , Eric Lange and David Morse – are rather remarkable here, as well. 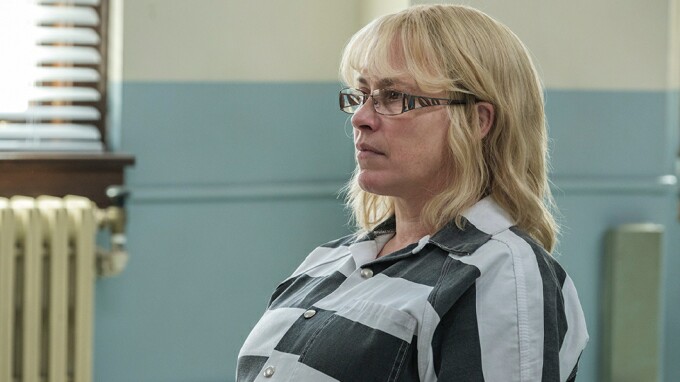 Why isn’t there more love for this consistently hilarious and often painfully profound comedy, which is as topical a sitcom as any other, and better at being what it is than almost any other?  Even after six seasons Mom remains the closest thing to a Norman Lear comedy of old (including Lear’s current remake of one of his ‘70s classics One Day at a Time on Netflix).  This scrappy show has been many things over the years:  A story about family (the put-upon Plunketts), mother-daughter relationships (in this case addicts in recovery) and the power of friendship, even when put through perpetual trials and tests.  The five main characters – played to flawed perfection by Allison Janney, Anna Faris (pictured below left with Janney), Mimi Kennedy, Jaime Pressly and Beth Hall -- are all addicts in recovery who haven’t always stayed sober and support each other through thick and thin – especially Bonnie Plunkett and her daughter Christy.  In their respective roles, Janney and Faris have rare comic chemistry to spare.  Perhaps the best thing about Mom, though, is the fact that it is about adult women navigating their lives.  “Kids” come and go (including Christy’s daughter and son) but the grown-ups remain front and center.  It’s a refreshing throwback to the early decades of broadcast television before comedies had to be about “sexy young things.”  No need for that here, not that a little sex appeal doesn’t have value.  Indeed, Bonnie and her beau Adam (William Fichtner), a stuntman now confined to a wheelchair, are sexy AF. 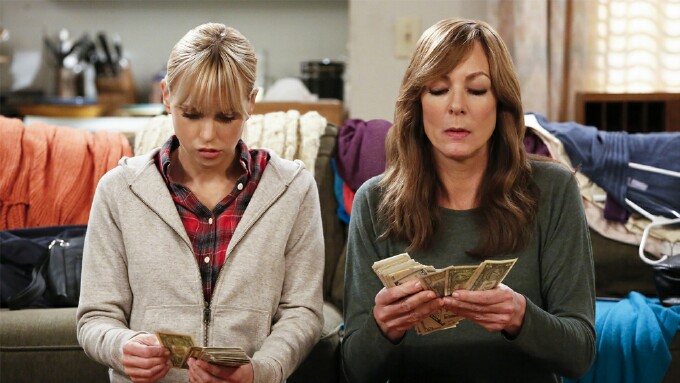 One spectacular show.  Producer/director Darren Aronofsky staked his claim as one extraordinary documentary filmmaker with this life-changing 10-hour project about how the earth works (it’s complicated), why it came into existence in the first place (even more complicated), how tiny organisms keep the whole planet going (get to know your diatoms) and, somewhat alarmingly, the reasons why it will in all likelihood one day burn to a crisp.  Relax … “experts” insist that the “end” won’t come about for billions of years, so there should be plenty of time for anyone who missed it to catch it, take it all in (which might require a second binge) and become a master of the minutia of life on this remarkable rock.  Unless the “experts” are wrong.  Just in case, to quote that classic tune, “Enjoy yourself, enjoy yourself, it’s later than you think!”  Happy holidays! 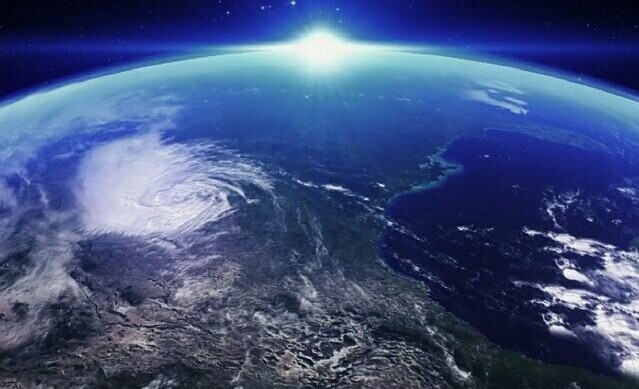 Two great British imports showed us how it’s done.  After watching Bodyguard and Killing Eve, combined here as the two most riveting and suspenseful drama series of the year, it’s darn near impossible to sit through any of TV’s predictable detective series, at least for a while.  Every element of these shows was simply sensational, especially their episode counts (six and eight, respectively), which hopefully proved to Netflix and other programming services that comparative brevity is an asset.  At only six hours, Netflix’s thrill-a-minute Bodyguard offered more clever twists and shocking turns than anything else this year, with the exception of the real-life chaos playing out in our nation’s capital.  Richard Madden (pictured below), last seen by most of us suffering a gruesome fate at the legendary Red Wedding, stars as an Afghanistan war veteran with PTSD now serving as a specialist in London’s Metropolitan Police Service who is assigned to protect the ambitious and controversial Home Secretary from terrorists.  Grim, yes, but with wildly entertaining episodes that defy viewers to watch just one. 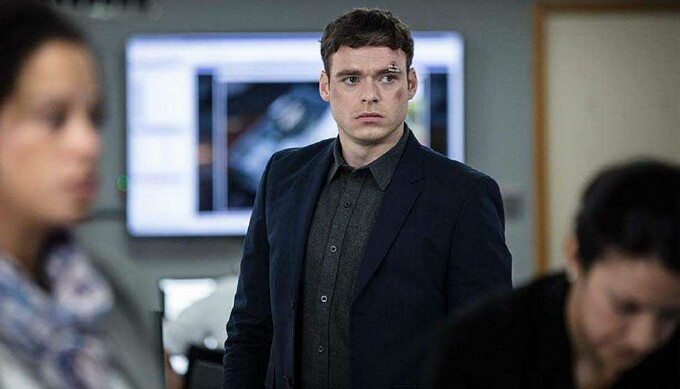 Over on BBC America, Killing Eve was the most talked-about new series of the year … a fast-paced cat and mouse game between a glamorous assassin (Jodie Comer, below left, in the breakout performance of the year) and a rather drab M16 investigator (Sandra Oh, below right, in the performance of her career to date).  Eve is frightening, fierce, funny and fabulous all at once. 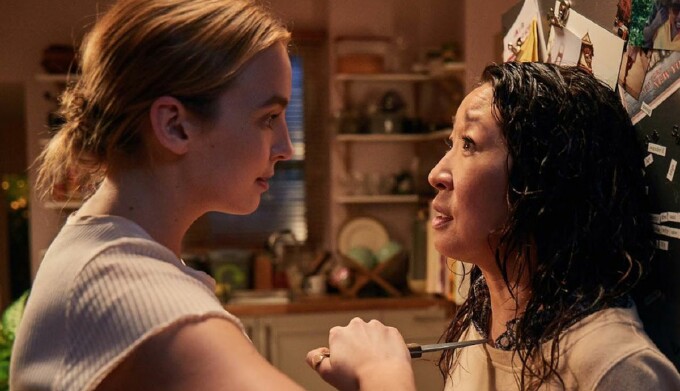 Following The People v O.J. Simpson, Ryan Murphy struck gold once again with the second installment of his American Crime Story franchise, telling the stories of iconic fashion designer Gianni Versace and sociopath Ted Cunanan, the spree killer who in 1997 brutally murdered him (and several other men, most of them gay).  For those who didn’t follow the extensive news coverage of Versace’s murder at the time, or have not read the book “Vulgar Favors: Andrew Cunanan, Gianni Versace and the Largest Failed Manhunt in U.S. History” by Maureen Orth on which this limited series was based, Murphy and his team revealed details of the troubled lives of Cunanan’s victims and their loved ones, among them Lee Miglin (played by Mike Ferrell) and his wife, Marilyn Miglin (Judith Light), the first Home Shopping Network superstar.  Darren Criss (pictured at top), who was recently honored with an Emmy for his magnetic portrayal of Cunanan, is the real revelation here, but the rest of the cast is perfection; especially Edgar Ramirez as Versace, Penelope Cruz as his sister Donatella, Ricky Martin as Gianni’s partner Antonio D’Amico, Finn Wittrock as closeted U.S. Navy lieutenant Jeff Trail and Cody Fern as David Madson, the young man who might have been the love of Cuanan’s life (before he murdered him).  Fern, an interesting young actor, followed his deeply felt portrayal of Madson with equally bold work in American Horror Story: Apocalypse, where he played the anti-Christ, and House of Cards, as a rising power player in Washington, D.C., society.  Same thing, right?