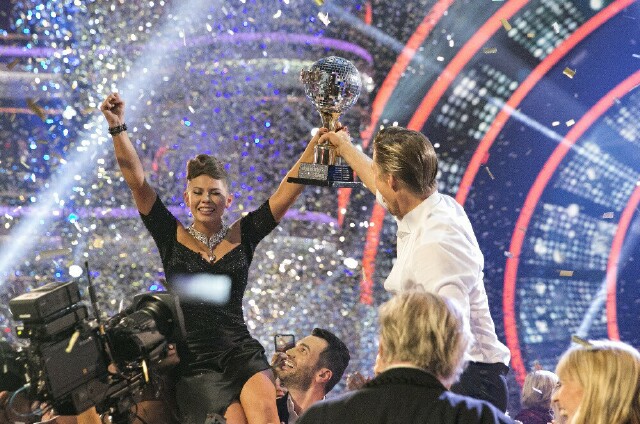 The Big Four reality competition series -- ABC’s “Dancing with the Stars,” NBC’s “The Voice,” Fox’s American Idol” and CBS’ “Survivor” – no longer make any of the major year-end lists, even though they continue to entertain millions of people whenever they are on, and they continue to do so by making whatever changes are necessary to keep them fresh. This is even true of “Idol,” a show that truly changed modern television and is set to end its historic run in 2016. It won’t surprise me at all if a smart basic cable network opts to pick up “Idol” in some fashion (preferably stripped down to its irresistible early self when the contestants rather than the judges were the “stars” of the show). But that’s another column for another time.

This time it’s all about “Dancing with the Stars,” which more than any other talent competition on television has kept itself remarkably strong and entertaining without losing any of its original appeal. For emotional connectivity it can’t be beat. Its “stars” may not shine as brightly as those of its early years – for several seasons now it has not been uncommon to hear people respond to new “Dancing” casts with such snide asides as, “Who are these people?”

Are they folks most of us don’t know? Are they washed up stars of yesteryear? It matters not if they can move like a pro and entertain an audience. Indeed, when the competitors start to shine concerns about their Q scores quickly disappear. The final four in this most recent season proved that to be true.

We had the effervescent Bindi Irwin (pictured at top and below with dance partner Derek Hough), who took home the coveted Mirror Ball trophy. 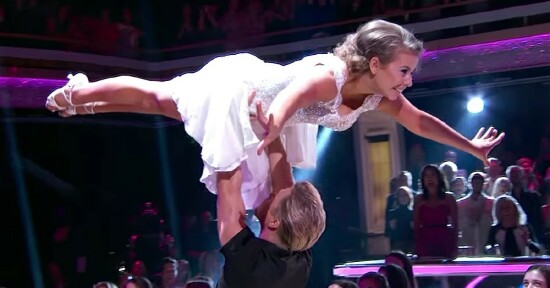 And runner-up Nick Carter (pictured below with dance partner Sharna Burgess), a former and largely forgotten Backstreet Boy who enjoyed a return to the pop-culture spotlight. 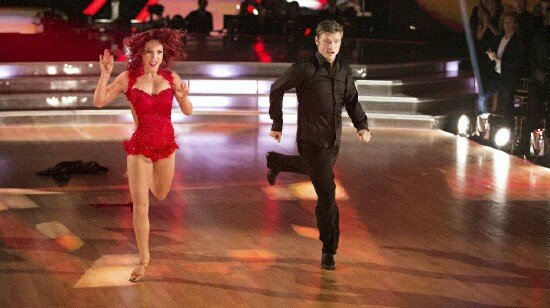 In third place was Alek Skarlatos (pictured below with dance partner Lindsay Arnold), an ordinary civilian last year at this time who became a hero when he helped stop a terrorist attack last summer on a train bound for Paris. (He was also a student at Umpqua Community College in Oregon, the scene of a terror attack in October, before deciding to take a break from school and appear on "Dancing.") He may not have moved as well as the others -- especially fourth-place dynamo Carlos PenaVega (pictured below, center, with show host Tom Bergeron and dance partner Witney Carson) -- but he arguably improved more than anyone else over the course of the season and the audience loved him anyway. 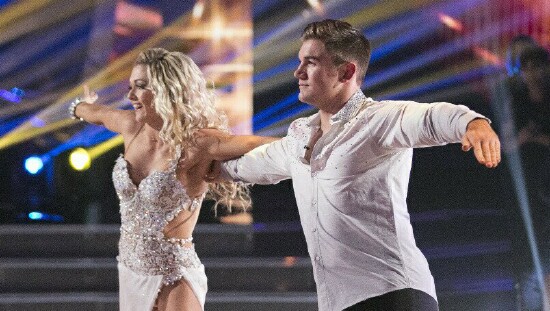 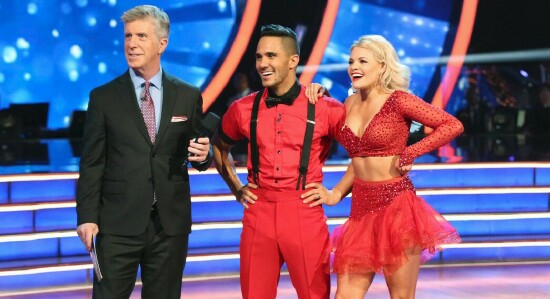 Many established television reporters and critics who consider themselves “youthful” and “in touch” let their rings show when they failed to grasp the popularity of Vine star Hayes Grier and questioned ABC’s decision to include him in this year’s cast. For a certain generation Vine stars are bigger than television or movie stars. Ask your kids (or their kids). 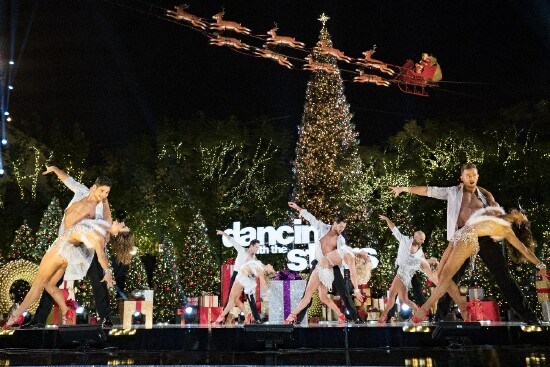 For me, the best thing about “Dancing” this season was the finale, a spectacular live holiday event simulcast from the show’s usual studio and the nearby Grove shopping complex done up as a Christmas wonderland (above). It was a dazzling reminder that “Dancing” consistently captures the uplifting magic of those sparkly, song-filled variety programs and specials of yesteryear in a way nothing else on television today seems capable of doing.