This Seat is Reserved … for Advertising! 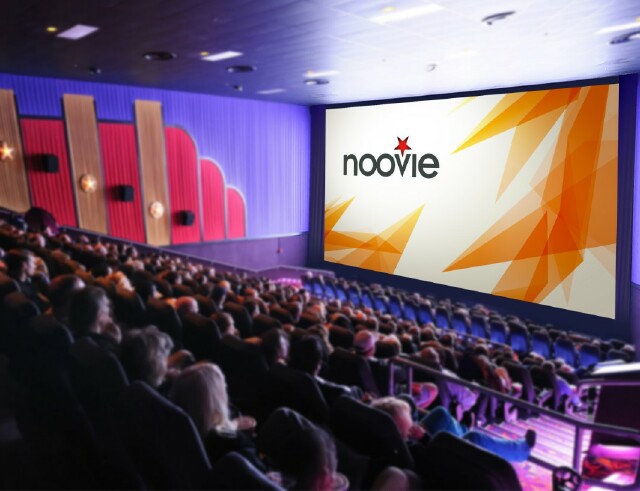 Last week, while basking in the excitement generated from the Upfront announcement of our newly branded pre-show, app and overall movie audience gateway, "Noovie," an agency buddy of mine asked me if the proliferation of reserved seating in major metropolitan theaters was having an adverse effect on movie patron arrival time.  He said, "Instead of getting there early to secure a good general admission seat, reserved seating no longer made that necessary."

I told him, "Patron arrival behavior hasn't changed, as far as we can see, from the Nielsen proprietary data that we receive each month.  In fact, for the last three years it's been remarkably consistent despite the marked rise in reserved seating installation over the same period."

I explained to him that one of the more popular misunderstandings was the distinction between "Advanced Seating" vs. "Reserved Seating."  The former implies buying a seat/ticket way in advance of the event to guarantee admission and, usually, a specific seat assignment or location (think musical concerts or sports).  However, Reserved Seating is nuanced.  Even though it provides a specific seat location prior to the start of the movie, in most instances those seats are purchased the same day of the movie performance.

While this may seem counter-intuitive, consider the fact that most movie patrons -- yes, most -- don't determine which movie they're going to see until they arrive at the theater.  The fact is, in 2015, the last time National Research Group (NRG) did a national US movie-going behavior study, 59% of the movie audience between the ages of 12 to 44 admitted they either "Often" or "Very Often" decide what movie to see when they arrive at the movie theater.  Additionally, if you bifurcate that group, the 12- to 24-year-olds -- those who are closer to the Gen Z break or younger -- usually attend the cinema in groups of three or more.  Because of this, the group dynamic of peer pressure plays a much larger part in the decision of what film to see by the group at the point of purchase, rather than by the individual in advance.   Moviegoing is still a major social event and as such often acts as a catalyst for a group of people to get together.  So, for a group of parents who may have booked the babysitter for their toddler and their reservation for dinner weeks if not months in advance, there's no turning back -- especially if another accompanying couple or more are in the same boat.  This is in sharp contrast to the older skewing Boomers where only 12% decide "Very Often /Often" at the theater which movie they want to see.

And by the way, I would like to take this opportunity to explode another fallacy and set the record straight.  Contrary to what is becoming "fake news" among so many media pundits, movie attendance is alive and well, and by no means on the decline.  The proliferation of mobile-based media has not resulted in people forsaking the big screen for the little screen; not in total attendance or among younger skewing adults and teens.  To be clear, movie attendance in first quarter 2017 is, for the fourth straight consecutive year as reported by Nielsen, up 4.2% for total attendance.  Even more encouraging is the fact that movie attendance by Millennials is up 6.3% from 2016 and has demonstrated a Y-o-Y increase for the fifth straight year since 2012.  I defy any other media to make that claim.

As for the proliferation of Reserve Seating, if you look at when people arrive in their seats at the movie theater, most folks continue to arrive at the time they normally did with general admission seating.

Movie audiences are creatures of habit and still want to arrive at the movie theater early to relax and savor the experience.  Per a 2015 Millennial Study that NCM and ad agency Annalect did through research company Civic Science, 80% of Millennials still like to get to the theater "early" (i.e. a self-defined period of time).  Another insight gleaned from the same study is that nearly half of movie patrons aren't even aware that Reserved Seating is available, as 47% said they didn't know Reserved Seating was an option at the theater they attended.

As previously mentioned, while most Reserved Seating tickets are bought the day of the performance (because patrons want to guarantee they get a seat before a popular show is sold out) the bigger priority for most patrons is to lock in their seat location so that they minimize sitting "too close" to the screen or are forced to split up their attending group of four or five because they can't find seats together.  Patrons want flexibility in their seat choice and show time.  If anything provides that flexibility it's the ever-expanding option of "Dine-In" theaters, which encourage patrons to arrive earlier so they can place a food and or beverage order in time for it to be enjoyed before the start of the movie.

If Reserve Seating was retarding audience exposure to on-screen ads, which was the real motivation behind that inquiry from my ad buddy, then we wouldn't see the kind of results we consistently see in attribution studies that report an average 45% lift in retail traffic*, a 68% lift in auto dealership visits** or QSR Brand Recall and Message Recall that was 22%^ and 20%^ higher, respectively, compared to identical ads on linear television.  (FYI, when you combine linear TV with cinema those scores jump 33% and 57% to just linear TV alone.)

So, I ask, which metrics would you prefer to judge a medium on: exposures, branded recall for increased footfall to your advertiser?  I'll take whatever ROI and/or branding metrics that best suit your advertiser to the bank every day of the week over impressions delivered … and so will our advertisers with the unofficial kick-off to summer movies this coming Memorial Day weekend.  Happy movie going everybody!