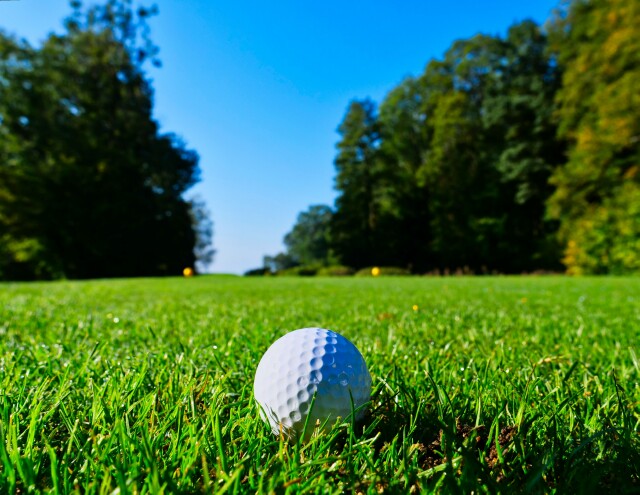 After feasting on Thanksgiving turkey, marquee sports match up enthusiasts can skip Black Friday shopping and enjoy a premium purchase of a different kind:  The Match, a pay-per-view event between two of golf’s biggest stars, Phil Mickelson and Tiger Woods.  This is the first time that golf has ever been televised in a pay-per-view format, and WarnerMedia’s Turner Sports is pulling out all the stops for the high-profile event with a $9 million purse at stake.  For $19.99, viewers can watch the event via select cable, satellite and digital streaming services, including Turner’s Bleacher Report Live app.  Will Funk (pictured below), Turner’s Executive Vice President of Sales and Property Partnerships and head of Turner Ignite Sports, shared details with MediaVillage on why golf works in the PPV format, why The Match limited its sponsor roll to just three brands, and how Woods and Mickelson may up the ante -- and the telecast’s drama.

Alli Romano:  When I think of pay-per-view sports, I think of boxing, pro wrestling or mixed martial arts, not golf.  What was the inspiration for this event and why do you think it will work as PPV?

Will Funk:  As far as we know, this is the first time that golf has ever been televised in this way. When you talk about boxing and MMA, you’re talking about two heavyweight stars battling each other head-to-head.  When you have a dynamic like that, it warrants a different kind of treatment.  That 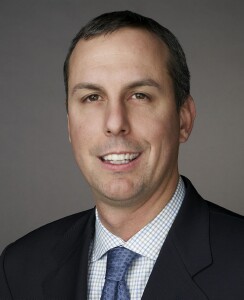 was the idea behind this event:  We have these two mega-stars that want to challenge each other one-on-one, and that's akin to a heavyweight boxing match.  Working together with WarnerMedia, we have an opportunity to try a new model.

Romano:  Why did you decide to schedule the event for Black Friday?  Isn’t everyone out shopping?

Funk:  We feel that there's a real sweet spot and opportunity here for the day after Thanksgiving.  It is typically underserved for the sports fan and most people are not working.

Romano:  PPV events used to be exclusively cable events.  Why did you opt to make this event available on cable, satellite and streaming platforms?

Funk:  Everything we do at Turner is fan-first.  What are we doing for the fan to make the experience better and more accessible?  In this case, we're making it as widely available as possible and providing access for everybody, so having it available on all platforms is the objective.

Romano:  How are you promoting and marketing the event, and how do Turner’s assets factor into those plans?

Funk:  Our marketing team has executed some portions of the campaign, but you'll see a lot more as we get closer.  We recently hosted Phil Mickelson on an NBA on TNT telecast discussing The Match, during the Lakers game and Inside the NBA post-game show.  Both golfers have been and will continue to be very active in promotion, both marketing and PR.  Social media and Bleacher Report will play key roles.  Bleacher Report will have content initiatives, including exclusive access behind-the-scenes.  HBO is doing a 24/7 documentary series that will air on November 13.

Romano:  You have three blue-chip brands -- Capital One, AT&T and Audi -- as your sponsors.And yourin-house marketing shop, Turner Sports Ignite, is craftinghigh-profile activations.  Give us some highlights of these sponsorships and integrations.  Why were these companies a good fit for the event?

Funk: This is a premium event, and the viewing experience should be optimal.  It was important to create advertising connections, not clutter, so we limited opportunities to a few brands.  And, there are not traditional commercial breaks.  Capital One has invested in the event as a title sponsor.  We are producing custom content that features their spokespeople, with a script that’s relevant to the event itself.  It will be highly entertaining, and integrated into the event coverage.  As our official automotive sponsor, Audi will have car displays on different parts of the course, which will all be camera visible.  In the case of AT&T they are our official wireless and data services partner and will support enhancements which we've never done before in golf.  For example, we will feature drone coverage, tracking the flight of the balls, providing enhanced features to our viewers.  There will be a 4K telecast of the event which is also sponsored by AT&T and broadcast on DirecTV.  All of these brand integrations are going to be additive to make the overall viewing experience better.

Romano:  How does the value of this event differ from other sports marketing opportunities?

Funk:  It’s very different since there's no traditional commercial inventory and a completely advanced distribution strategy.  Branded experiences are limited and special.  This is going to be a much different viewing experience for the traditional golf fan.  Golf, by its nature, has some downtime in between shots.  That opens up an opportunity to do really unique production enchantments like mic’ing the players.  So, we'll be able to hear the back-and-forth between them, among other bells and whistles we have in store for our viewers.  That level of access doesn’t exist in a normal [televised] golf match.

Romano:  What are some other innovative features you have planned for the telecast?

Funk: There will be opportunities for the players to challenge each other on different shots.  An example of that would be, Phil may challenge Tiger to see who would hit a longer drive.  He may challenge him on par 3, who will hit it closer to the hole.  That's never been done before in a PGA Tour sanctioned event.

Romano:  So how does this event burnish your brands and provide lift for Turner Sports and Bleacher Report?

Funk: The Bleacher Report platform, along with B/R Live, is the engine behind much of the promotion and marketing, as well as the activation platform for the sponsors.  There will be lots of social content that will be pushed out via social media both before, during and after the event that will be branded by Capital One, AT&T and Audi.  It's a huge benefit to the sponsors to increase the scale and reach that they will have the Bleacher Report platform to amplify everything they're doing in the telecast and in and around the event.  B/R Live [Turner’s premium live streaming service] is part of the distribution plan and that’s going to only raise the profile of that product.  Capital One will be offering a discount on B/R Live subscriptions to get a one-time discount to a B/R Live event within that window.  From our perspective, that’s a win because we're able to capture that audience and monetize that audience across any screen.