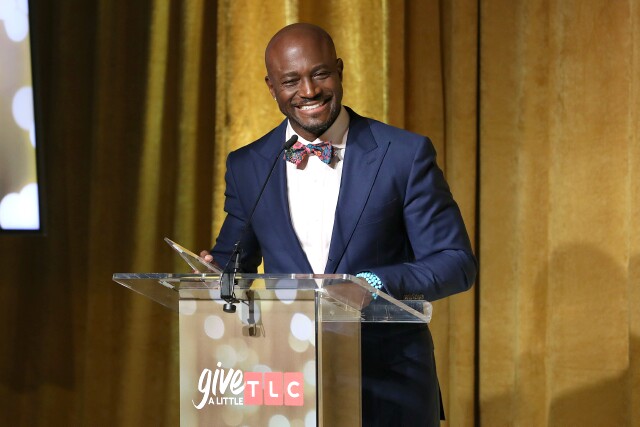 On the sort of oppressively muggy evening when Manhattan reeks and tempers are frayed, an oasis of coolness and kindness waited behind a nondescript door in Chelsea.  Here, at TLC’s third annual Give a Little Awards, people who combat bullying were celebrated.  The evening felt magical, as if the ugliness of the outside world had to stay on the street.  More than one person had smeared mascara by the appropriately emotional evening’s end.  Guests who didn't mist up listening to some of the stories that were told are advised to check their humanity.

Though this night was the result of a TLC campaign, it’s surprising that the awards will not be seen on television or be used to promote a network already in the business of promoting inclusivity.  “We ask ourselves that every year,” Howard Lee, president of TLC, acknowledged about telecasting the feel-good awards.  “We tape and record and air portions digitally.  I don’t want this to look as if we are patting ourselves on the back.  This is something very personal.  I don’t want it to be about ratings or something financial.”

Instead, the awards represent the essence of TLC:  Acceptance of who you are, whomever that may be.  “These came about because we recognized how many unique individuals are on our network,” Lee explained.  “It doesn't look like the talent on other networks.  They have different aspirations and different journeys.  Because of that, they are often admonished and belittled, and because of that, we wanted to promote awareness of being unique and different.  Everyone has an individual story about being bullied and being different.”

Perhaps Taye Diggs, star of The CW’sAll Americanand an original cast member of Rent, isn’t the first person one would have thought to be a target.  After all, Diggs’ magnificent smile reduces usually restrained women to puddles, but in an exclusive interview with MediaVillage, he revealed that he had his share of tormentors.

“I was bullied quite a lot as a child, but when I was growing up, it was just called school,” Diggs said.  As a skinny, bespectacled African American growing up in Rochester, Diggs recalled it was tough; dealing with racists for being black and getting grief from blacks who thought he was acting white.

Diggs revealed he was shocked when he received the call that he was being honored for speaking out.

“My therapist would get mad at me for telling you this, but my first reaction is always, ‘Do they have the right person?’” Diggs said.  Lee had already confirmed TLC did, indeed, have all the right people.

Diggs wants to see more resources trained on the bullies because any child intent on picking on others has issues and needs help, he noted.  Now is certainly the right time to stand up, as the country and the world reels from bullies in power.

“We are at a place in the world where no one really knows what is going on with social media, with the government, what sex you are,” Diggs said.   “It’s kind of beautiful how, more than ever, we need to be sensitive to each other.  Let’s just be cool with each other.  Let me respect whatever your hustle is.” 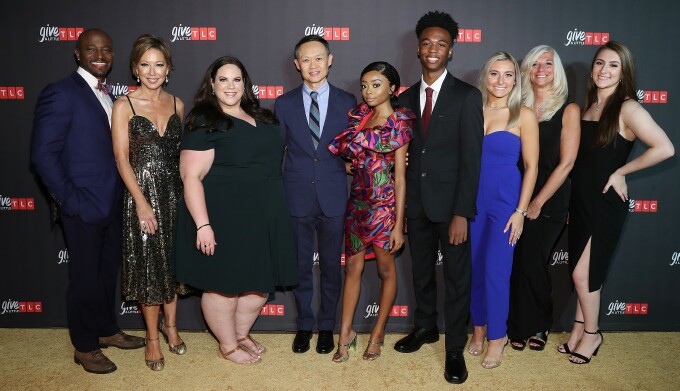 Of the 1,200 people who were nominated to receive a Give a Little Award, TLC executives chose Diggs, Whitney Thore of TLC’s My Fat Fabulous Lifeand Skai Jackson, a young actress who was cyberbullied and wrote a book about clapping back.  Additional honorees were Danica Roem, the first openly transgender person elected to a state legislature, who serves in Virginia; Devin Moore, a Long Island teen who lobbies to have anti-bullying classes added to school curricula, and Barbara Buckley and her nieces, Christina and Angela Varney, who donate hand-made blankets in the memory of Annie, Buckley's sister and the Varneys' mom.  Annie committed suicide, and the blankets represent the warm hugs for which Annie is so missed.  (Pictured above, left to right:  GAL honoree Taye Diggs, GAL host and TLC star Lisa Joyner, TLC star and GAL honoree Whitney Thore, president and general manager of TLC Howard Lee, actress/activist/author and GAL honoree Skai Jackson and GAL contest winners Devin Moore, Angela Varney, Barbara Buckley and Christina Varney.)

The evening’s emcee, Lisa Joyner, of TLC’s Long-Lost Family and Taken at Birth, wore a gold sequined dress to match the event’s signature shade.  Though she attends many award shows with her husband, Jon Cryer, Joyner confided before the presentations, “I’m more in awe of the people here than when I go to the Emmys.”

As the evening went on, and the waitstaff, wearing T-shirts reading “Kindness is not Weakness” bustled about, it was clear why.  A small box of tissues strategically placed near the microphone was used.  Frequently.  Though each honoree surmounted different challenges, the plangent rallying cry throughout the night was simple:  Be yourself because you are pretty wonderful!

Roem, the state representative, moved the audience of about 125 as she said, "I was in Catholic school for 13 years, and I learned 1) Conversion therapy does not work, and 2) Be who you are and do that well.  Never ever tell me why I can't succeed.  Tell me what obstacles are in my way, so I can help knock them down."