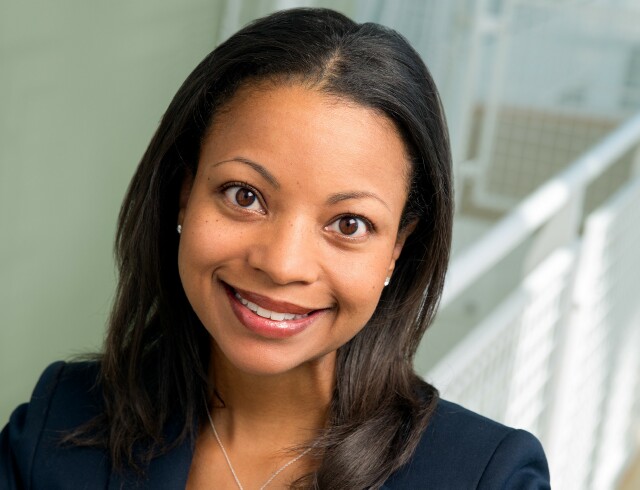 The adorable girl had just slid into her teens and in 1988 had the wispy curled bangs and oversized blouses to prove it.  Wendy Douglas was a host of Nickelodeon’s Don’t Just Sit There.  That show had an innocent sweetness that today’s over-produced kids’ shows do not, and it highlighted a girl who even at 13 was poised in front of the camera.

Today, Douglas is TLC’s vice president of production, and she is an executive producer on many of the network’s hit shows including Dr. Pimple Popper, 19 Kids and Counting, Return to Amish, Unexpected, Long Island Medium, Counting On and Smothered.  While the road to adulthood is littered with the shattered childhoods of kid stars whose lives took hideous turns, Douglas is a shining example of what happens when parents don't push, and those children develop into smart, healthy adults.

“I had been doing print and TV commercials since I was about 4,” Douglas told MediaVillage in an exclusive interview.  “And I always loved television.  Whether television or stage, I love to sing and dance.  My parents would take me to auditions in New York, and as I got older, it was something I really enjoyed doing.  At any point, my parents always said, ‘If you are not enjoying it, we will stop.’”

The Nick show was a great experience, and Douglas was even allowed to direct some scenes -- when she was 15!  She did that show during high school, commuting into the city from Baldwin, Long Island, and had tutors on set.  “I have done so many other things, and that taught me so much,” Douglas said.  “I didn’t realize how much I was learning behind the scenes.  It made me realize I wanted to continue in front of the screen and trying things behind the scenes.”

From her parents’ home on Long Island, Douglas went to Vassar, where she majored in drama.  Studying film theory and the tenets of what contributes to a great story ultimately helped inform her career.  After graduating, Douglas returned to the grueling audition circuit, looking to host once again, and she would often find herself in a room with a dozen other African American women.  She recalled being told how much producers loved her.  Yet, they also loved black male hosts, and the notion of having two African Americans hosting was not something executives then would chance.

As she recounted this, there was not a trace of bitterness.  Douglas acknowledged some bruised feelings, though she didn’t wallow.  Instead, she stayed open to opportunities.  She went to American University for grad school and kept busy taking writing classes and doing student films.

While in grad school, someone she knew from Nickelodeon reached out about auditioning for a Discovery kids show.  She was then informed: “We wanted someone with a younger look,” she said, which is striking when you consider how young she looks now -- 20 years later.

They were also looking for a production assistant.  Douglas recalled her initial reaction was to decline.  After all, she was pretty busy in grad school.  Then she decided to give it a shot.

Douglas has stayed within the Discovery universe ever since.  “I have worked on animal documentaries, cooking shows and family shows,” she said.  “It has been wild.  I really loved working on so many shows on Animal Planet.  Discovery Health was also very special.”

As an executive producer, Douglas is careful to explain that no one show is her doing, as they all are team efforts.  The job morphs depending on the program.

Douglas particularly enjoyed being able to suggest former MTV and BET personality Ananda Lewis would be ideal as moderator of the third-season reunion of TLC's Unexpected.  Being able to help other African-American women is among Douglas' goals.  When she started working behind the camera, she knew that she "wanted to make a difference, but I didn't know what," she said.

“I am so happy I have a place at the table, and I can root for this woman,” Douglas added.  “I was a part of it with others, giving Ananda an opportunity -- a black woman who deserves it.  I am really happy for her because I didn’t have that opportunity 20 years ago.”

That generosity of spirit extends to all the projects she tackles.  Now the mother of a 5-year-old and almost 3-year-old, Douglas loves what she's doing and the variety of the work.

“I want to continue doing that, and I want to help other people,” Douglas stressed.  “But especially other women in this industry because we have to inspire each other and give each their opportunities to make sure we have a place at the table and our voice is heard, especially with reality TV because we are a part of reality.”