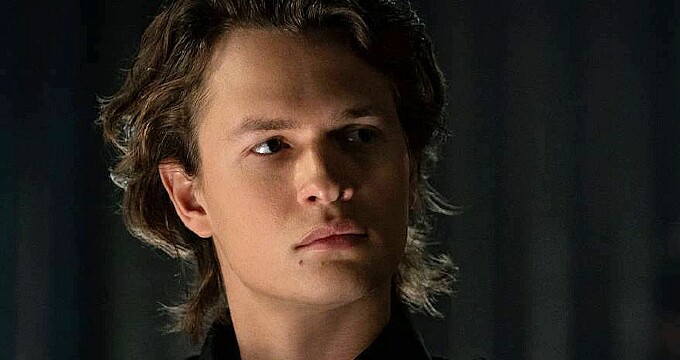 The HBO Max drama Tokyo Vice is a magnet for controversy, apparently. Between the questionably true nature of the show's source material and the multiple allegations made against its lead actor over the last couple of years, there's absolutely no shortage of real life drama to dig into. Fortunately for me I'm a TV critic, not a writer for a gossip rag, so my only real duty is to cover whether or not this show is a garbage fire. Well, here's some hot goss for ya -- it's not.

Starring Ansel Elgort (pictured at top) as American journalist Jake Adelstein and Ken Watanabe as Vice Squad Detective Hiroto Katagiri, Tokyo Vice follows Jake as he fights his way onto the staff of the world's most popular Japanese newspaper where, just before being fired for not producing, he happens to come across a story involving the Yakuza that could both make his career and threaten his life. The rest of the main cast is rounded out by RachelKeller, Shô Kasamatsu and Rinko Kikuchi, who plays my favorite character so far, Jake's editor Eimi.

First off, and not to sound cliché at all, but the biggest, most important character in the whole series is probably the country of Japan itself. Every location has a specific vibe, whether it be the bustle of the busy ramen shops, or the soul-crushing environment inside the Meicho Shimbun corporate offices. Meicho Shimbun is the fictional Japanese newspaper that Adelstein works for in 1999, the year in which the show is set. (In real life, Meicho was actually a publication called Yomiuri Shimbun, and the real-life Adelstein actually worked there from '93 to 2005.) We also spend a decent amount of time seeing different aspects of Tokyo's supposed night life in the late '90s/early 2000s, which apparently consists largely of "escort lounges," loud dance clubs and Japanese BBQ spots. This series had the luxury of not only being shot completely on location, but also with a cast that is mostly of Japanese descent. I would say "you can't pay for that kind of authenticity," but, obviously, someone did.

Significant aspects of the vibe are decided by the time period we find ourselves in as well. There are definitely a couple of situations where, instead of writing notes down on an envelope with a pencil, or taking a loud photo with an analog camera, Jake could have just taken a quick and quiet picture with his phone camera … if that had been an option. Unfortunately, it wasn't. Another sign of the times was the presence of the pop classic "I Want It That Way" by the legendary Backstreet Boys who, around that time, had the boy band scene in their collective back pocket.

As far as the series itself, I've found that it's great at purveying the idea that violence or death is close, if not right around the corner, but very rarely goes beyond the dialogue to cash in on that promise. Instead of seeing a murder, we'll see the body. Instead of Jake getting his ass beat, someone will make serious faces at him, and the context of the scene will imply danger, but he doesn't actually get hurt, at least not so far. (At the time I'm writing this, I've watched five of this season's eight hour-long episodes.)

So, cultural tourism and Nineties nostalgia aside, what does Tokyo Vice truly offer? It's not a comedy, but there is humor there (just see the banter between Jake and his coworkers, specifically his friend Tin Tin (played by Kosuke Tanaka). As far as B-stories go, we have Samantha (Keller), a white woman who, through her work in Japan's luxury escort bars, has fully integrated the Japanese language and culture into her day-to-day. She's got big plans, a shady background, and takes no shit, and I'm interested to see how her plot line plays out. Turns out that not everyone friendly is your friend, you know?

There's also the story of Sato (Kasamatsu), a member of the Yakuza who somehow also seems like he's not such a bad guy. We do see him put his hands on a couple of people, but he (almost) never comes off as a loose cannon. He's seems like he has enough of a moral compass to feel bad about some of the things he does, but also enough intelligence to not bite the blood and tattoo-covered hands that feed him. He knows Samantha because the club she works at pays his Yakuza family for protection. It's also how he ends up meeting Adelstein, because Jake hangs out there from time to time, as well.

I also have to give specific props to Rinko Kikuchi. I love her character, Eimi, and her no-nonsense attitude. She's tough, but she's also wise, fearless and capable of holding her own in the pressure cooker that is Meicho Shimbun. Between her and Samantha, I think we've definitely hit our badass lady quota.It's particularly impressive how readily able to switch from fluent Japanese to fluent Korean Kikuchi is.

Tokyo Vice is a weird show, in a sense. It's impressive on the one hand, because of its cultural accuracy, and the fluency with which the non-Japanese cast members had to grasp the language, but also because it doesn't give me any of the things I usually relish, and yet I still dig it. It promises violence, but besides this one guy setting himself on fire, it's mainly a lot of threats. It behaves like a mystery, but the narrative details aren't hard for the viewer to decipher, so instead we spend a lot of time watching Jake either try to connect the dots himself or trying to convince someone else that there are dots to be connected in the first place.

All of this happens while the show constantly makes us feel like Jake's in danger, even though he's mostly not, especially when considering the fact that the very first scene of episode one takes place a couple of years in the future, meaning that anything we see before that moment definitely can't result in anything too serious happening to our main character. It's almost like this show's main skill is capitalizing on the threats and implications of the setup without really having to dig into that HBO gore budget.

Visually, Tokyo Vice is everything you want on your flatscreen. It's got dazzling visuals, amazing backdrops, stellar lighting (that neon light/wet street combo is to die for), and enough tension and suspense to keep you guessing even when you kind of know the answers already. Japanese culture is one of the coolest things to explore in any medium, and, as it turns out, the Yakuza is just as infatuating as the American Mafia seems to be. Between that and the legitimacy/gravitas combo served up by Watanabe, I'm really hoping to see a second season for this one.

I guess we'll have to wait and see if this thing survives its real-life drama first.