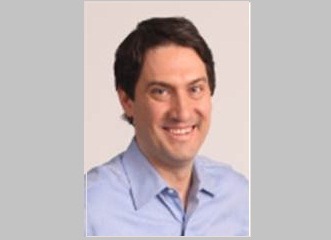 I am a big fan of year-end/decade-end/millennium-end countdown shows. One of the my favorites was ESPN's SportsCentury, highlighting the top 100 athletes of the 20th century. Great "water cooler" fodder – my friends, including one who actually produced a couple of the shows, and I still talk about that list, as recently as last week.

I've had a column topic in my head for a while now, and it's been a bit of interesting discussion when I ask people at various industry cocktail parties: Who are the top publishers today that "get" programmatic? Too many other columns and panels have been filled with lamenting, and even sadly mocking, publishers that are still mostly, if not exclusively, on the sidelines when it comes to programmatic. Many are now leveraging the efficiencies of speed and audience targeting that programmatic offers in driving higher overall revenue yield. So I thought we should accentuate the positive and highlight those that are moving forward more aggressively and successfully today.

Not all of them have to be at Stage 3 or beyond from this IAB whitepaper (disclosure: IAB is a client of Prohaska Consulting) that was produced last fall as part of their Programmatic Publishers Council. We are simply suggesting these are publishers that have learned more by doing more and are typically better off overall as a result. Plus, this is not just my personal opinion but curated after asking >50 publishers, buyers, and ad tech companies. And so, intentionally presented in alphabetical order, here are ten publishers today that are well-positioned going forward with their programmatic business:

A&E – Still mostly focused in the Ops team, and not much movement into programmatic TV yet, but their yield folks and audience development are real solid.

Fairfax Media – Any place that has brought in top talent and had top talent get poached this often and this soon by other leading firms in the field and region either A. has terrible culture or B. just really knows their stuff and it's an active hiring market. Until I hear otherwise, I'm going with B.

GourmetAds – Best use of leveraging Salesforce.com to drive leads, from the Open exchange to their direct sales team, that I've seen so far from any publisher, Aussie or otherwise.

MailOnline – UK publisher aggressively driving solid yield for a while now. And recently hired away a senior exec from Scripps to build out the US. Transforming their legacy network business nicely as well.

TheGuardian – Tim Gentry and team in the UK have been at it just about longer than anyone else. Smart use of their tech stack and the US team recently moved from IAB's Stage 1 to 2, with good early success.

Viacom – They have one of the largest legacy businesses to "risk" from more than 20 years of cable TV upfronts. But they also have one of the best in Rob Brett with tons of TV and digital experience to help the organization move in a measured and smart way.

The Weather Company – many referred to a group there when originally formed as "The Dream Team" because about 12 months ago they hired 4 very good people that were 4 of the 300 or so of us that had >18 months of programmatic experience back then. They leverage their 1st-party data, and cross-channel, better than most, around audience behavior and the weather itself, to influence targeting and creative.

For those of you thinking this would be a US-centered list, take note that four of the ten have their HQ, and/or programmatic leadership, based outside the US. And this is also not to say there is no one working hard at now-dozens of other publishers outside this group building out their programmatic practice (eg I'd predict Pandora makes this list if we did it again in six months based on their recent hires.) Plus, full disclosure: TheGuardian (US) is the only publisher listed here that is a client of Prohaska Consulting today.

Like all listicles, this one is meant to insight, inspire, and hopefully not upset. Please fill the comments section below and/or ping me directly matt@prohaskaconsulting.com with thoughts and suggestions, because I'm sure we missed a few – there are many good publishers that are either "getting there" or already "get" it, but just fell outside these ten mentioned. We will look to update this list, as more and more publishers are quickly starting to figure it out and balance out the more than four-year head start that most buyers have. So hopefully this column in two years is titled "The Top 1,000 Publishers That Get Programmatic Today."

Matt Prohaska is CEO & Principal of Prohaska Consulting, providing Programmatic Help For All with a team of 10 working with more than 20 clients since re-opening in late February. Most recently, Matt was Programmatic Advertising Director at The New York Times.

Matt Prohaska is a 20-year media veteran and consultant to leading digital media and advertising technology firms and executives. As Principal at Prohaska Consulting, Matt, 41, helps companies with their digital sales, marketing, business development, and…