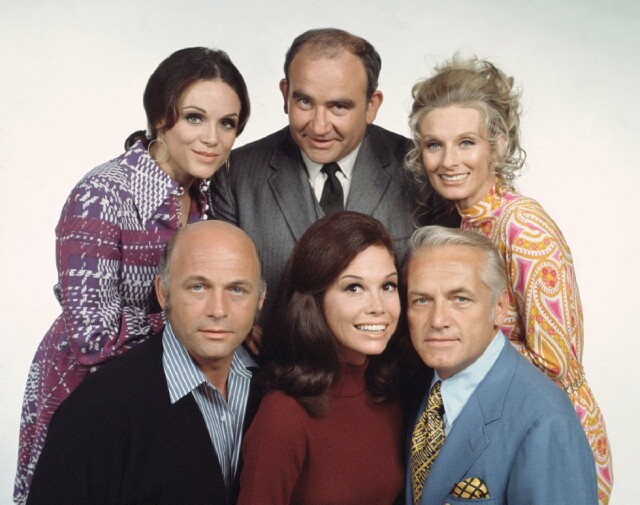 The headline above isn’t exactly self-explanatory.  The 25-part series that begins with this column isn’t exclusively comprised of the 25 best shows of the year.  If it were it might include FX’s Legion, HBO’s The Deuce, AMC’s Better Call Saul, Netflix’s Master of None and The CW’s Crazy Ex-Girlfriend.  Instead, think of this one as a list of the 25 shows I found the most engaging, or have the most to say about, or both.  Lists honoring the finest programs of the last twelve months will be found everywhere during December, each of them largely heralding the same properties -- and for reasons that continue to elude me many of them will be limited to ten shows only, just like they were 50 years ago when national television consisted of three broadcast networks and PBS.  There are over 1000 shows available today on broadcast, cable and streaming outlets … not to mention apps.  Most of them are designed to appeal to one demographic or another, and dozens of them are extraordinary for one or more reasons.  Frankly, not even 25 is enough … at least not where I’m concerned.

To further distinguish this list from the rest, I’m using the 25th position to honor The Mary Tyler Moore Show, which ended its run 40 years ago but continues to delight audiences to this day and was very much in the news earlier this year when its leading lady passed away.  I consider it the best television series of all time, but it would not have occurred to me to include it here had the Academy of Television Arts & Sciences not failed to properly honor Ms. Moore with a special segment during the 69th Emmy Awards in September.

What a terrible decision!  Seemingly without effort, but with endless hard work behind the scenes, "our Mary" (as she was lovingly known) changed our perceptions of the “modern” American housewife and mother as Laura Petrie on The Dick Van Dyke Show (1961-66).  Then she did the same for single working women of the era who were just beginning to come into their own as Mary Richards on The Mary Tyler Moore Show (1970-77).  No other television actress has accomplished that much since then.

Sadly, it took Moore’s passing to remind us all of her mammoth contributions to television during its formative years, to society and popular culture in general and to the advances her characters made on behalf of women everywhere.  Oprah Winfrey and Katie Couric are among the many accomplished women in media who candidly admit to being enormously inspired by Moore when they were young, and especially by her own sitcom. It’s easy to see why.  The fashions on The Mary Tyler Moore Show may be dated, and the absence of digital technology (rotary phones! typewriters!) at the WJM newsroom where she worked locates it in a far-distant era.  But it remains a vibrant, reflective, heartfelt and riotously funny relationship-driven comedy with some of the sharpest, smartest writing in the history of the medium.  (There wasn't a single cringe-worthy punchline or foul word uttered during its seven-year run.)  The actors Moore surrounded herself with – Ed Asner, Valerie Harper, Gavin MacLeod, Ted Knight, Cloris Leachman, Georgia Engel and Betty White (I would add recurring players Lisa Gerritsen, John Amos, Joyce Bulifant, Nancy Walker and Harold Gould to that list) – collectively remain “the best cast ever,” as Moore referred to them at her show’s final taping.

There is an inscription on Moore’s gravestone in the lovely Connecticut cemetery where she has been laid to rest: “Her spirit a beacon, Her smile eternal, She made us better.”

And on a statue of an angel that overlooks the stone appear four words with which she will forever be associated: “Love Is All Around.”

Those sentiments apply as much to her show as to the woman herself.  Saturday nights in the ‘70s would not have been the same without Mary Richards and her friends.  And television would not be the same today.