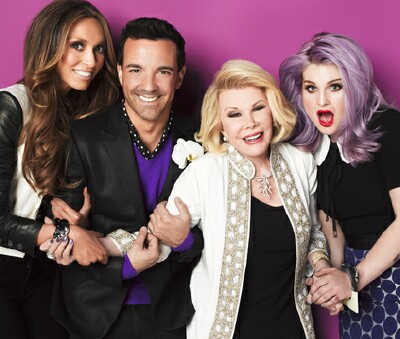 As 2014 draws to a close and critics’ Ten Best lists begin appearing throughout the media it’s time to once again complain about their collective tendency to single out a mere ten television and video programs from the thousands available on hundreds of outlets. That number worked fine when TV was limited to three broadcast networks and PBS, and even when cable networks began experimenting with original programming, often with substandard results. But why should a decades-old tradition restrict current year-end accolades in this new media world?

My choices for the Twenty Best Shows of 2014 will appear in a series of columns during the next two weeks. But first, in keeping with my own tradition (one only a few years old), here is the first half of my annual Alternate Ten Best list featuring noteworthy programs that likely won’t turn up on many (if any) year-end lists. (The rest of the list can be found here.) Most of these shows were on the same list in 2013 and all of them will still be with us in 2015, though one will be almost unrecognizable. (You’ll know it when you see it.)

“House Hunters” and “House Hunters International” (HGTV) – Once again I’m putting “House Hunters” and “House Hunters International” at the top of this list because they are arguably the most popular shows on television. People seemingly can’t get enough of watching folks with more money than they have shop for first homes and/or vacation homes that are probably nicer than any house in which they will ever live. I prefer to think of “HH” and “HHI” as programs that I can relax with on certain occasions (those occasions being when I can’t find anything else to watch, or when I’m visiting with friends and we’re looking for something to put on in the background, which invariably becomes the focus of our attention). Even if you don’t watch these two shows you certainly know someone who does.

“Fashion Police” (E!) – It is almost too sad to write about this show in the wake of Joan Rivers’ untimely passing. Friday nights simply haven’t been the same since she left us. But for most of the year Rivers and her co-stars Giuliana Rancic, Kelly Osbourne and George Kotsiopoulos got our weekends off to an entertaining start with their smart and sassy take on celebrities’ fashion hits and misses from the previous week. There was rarely a dull moment on this show, due almost exclusively to Rivers’ unique ability among older comics to remain relevant and stay on top of current trends and the personalities of popular culture. With all due respect to everyone involved I am not looking forward to the return of this franchise in whatever form it takes.

“Tosh.0” (Comedy Central) – For the fourth consecutive year (and, again, with apologies to E!’s time-tested “The Soup”) I’m choosing “Tosh.0” (pictured below) as TV’s Funniest Show. Comedian Daniel Tosh continues to command the screen with a comic intensity that escapes most television personalities, making even the most disgusting or offensive video content somehow palatable and often riotously funny. The segments that he produces with his creative team push all kinds of envelopes, especially in terms of sexual content and nudity, but in general the most shocking visuals on his show come from viral videos that have already been watched by millions. As always, I can’t understand why the people in those videos recorded their mishaps or chose to put them on the Internet in the first place, but that’s their business. Tosh delights in showcasing them, making merciless fun of them and often extending whatever degree of media notoriety they may already be enjoying. He gets extra credit this year for his no-holds-barred attack on ESPN and for producing a remarkably restrained installment of the show that was suitable for viewers of all ages (even though viewers of all ages are already watching). 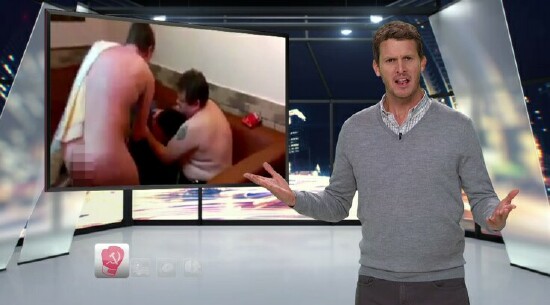 “The Graham Norton Show” (BBC America) – It’s been a good year for entertainment talk shows in this country, with Jimmy Fallon’s triumphant move to NBC’s “Tonight Show,” David Letterman ramping up for his departure from CBS in May and ABC's Jimmy Kimmel more than holding his own against increased late-night competition. (Also, Fallon and Kimmel became major YouTube stars this year.) But across the pond (and here on BBC America) Graham Norton continued to hold court as the most reliably entertaining talk host of them all, with an uncanny knack for assembling the most watchable groups of unrelated celebrities and encouraging them to mix it up on his bright red couch. Yes, Norton’s is a once-weekly show and not a nightly affair, so comparisons to others aren’t exactly fair. Still, I like to think that his unwavering popularity might have influenced CBS’ decision to replace the outgoing Craig Ferguson on its “Late Late Show” with the reliably charming and funny British actor James Corden, a frequent guest on Norton’s program.

“Late Night with Seth Meyers” (NBC) – Speaking of all the excitement this year in the late night arena, why should Jimmy Fallon get all the credit for turning his network’s post-prime schedule into the most exciting time period in broadcast television? The new “Tonight Show” is a marvelous thing (more on that in a later column) but NBC wouldn’t have quite as much to celebrate if it didn’t have the right show on after it to continue its dominance in the day-part. Meyers and his team have proven to be outstanding in that capacity.