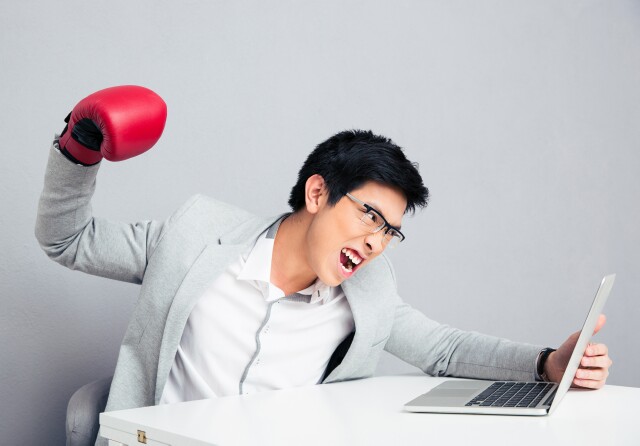 This is not a political blog.  It may be irritatingly opinionated, annoyingly smug, depressingly backward-looking and insufferably pompous but it isn’t political.  So, apologies for using a political issue as the framework for what follows.

In the great “What did you do in the Brexit war, Daddy?” discussion I will be able to say I was a proud remainer.  It doesn’t really matter why -- or rather it does but this isn’t the time or the place for that.

I suspect by far the majority of adland is in the same camp.  I once saw a piece suggesting that over 90% of us metropolitan, elitist, work-shy, black T-shirt wearing, shallow snowflakes favoured remaining in the EU.

One who is definitely not in this majority is the futurologist Tracey Follows.  I have met Tracey, and on the basis of a couple of short conversations I thought she was great.  Tracey is a committed and articulate leaver.

Last week on Twitter we had an interesting exchange.

The nub of it was that Tracey says she gets e-mails from leavers in adland thanking her for standing up for what they believe in and making their case so well.  This got me wondering why these people don’t feel able to make their own case.  Tracey maintains that they’re worried about losing out on promotions or jobs as a result of their opinions.  They’re more comfortable keeping their views to themselves.

If that’s the case (and I have no reason to think it isn’t) then it’s disgraceful, even discriminatory.  Why should anyone’s private views on a divisive issue make any difference to his or her suitability for a job?

But there’s an unpleasant parallel issue stopping debate in social media (and I’m not now talking specifically about Brexit): fear of being attacked in public.

Engaging on Twitter feels a bit like going to a Gary Vaynerchuck event, knowing that you think he’s talking rubbish on something you happen to know about, but not being prepared to grab the microphone and take him on in public while surrounded by his adoring admirers.

The great theory behind social media platforms is that they provide an opportunity for debate and discussion.  But somewhere along the way they’ve become toxic -- a place where far too often if you don’t agree with a particular opinion you’re opening yourself to abuse, threats and worse from those on the other side of any debate.  Like I imagine many others I’ve personally experienced this myself and it’s not much fun.

Mass media forms have always contained some limited debate and discussion. Newspapers have letters pages; TV and radio have feedback shows; but of course these are as nothing compared with the scale and ferocity of SM.

It’s not just scale.  To write a letter takes time and some trouble.  You get the chance to think about why you disagree with the other party.  And letters are edited.

SM is a knee-jerk medium.  I read something, I disagree, I hate, I threaten, I move on ... all in a matter of seconds.

It’s ludicrous that the SM platforms are not subject to regulation and thus feel no urgent need to do anything beyond the basic.

Google’s CEO, Sundar Pichai admitted this week that his company knows they have much work to do with YouTube “to establish ‘better frameworks’ around what it considers hate speech.”

Advertisers have in the past praised Google for its reaction to sorting out issues around inappropriate YouTube sites.  It would be good if Twitter and Facebook followed suit and treated the issue with more urgency.

Yes, there are AI solutions, but maybe they should consider encouraging some degree of self-reflection either via a form of paid-for subscription or introducing a system whereby certain triggers prompt a message to think before you post.

Some will still spread their venom, but some might pause.

If what is now a localized infection turns into something altogether more widespread (as seems to be happening) these platforms will be abandoned by both users and eventually advertisers.

I don’t always agree with Tracey, but we should both feel able to express our views and opinions without obscene attacks and insults.  Those who feel anxious about expressing their views should not feel like that.  Listen and learn.