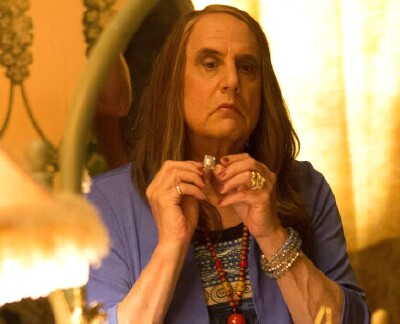 Continuing with my picks for the Top 20 programs of 2014, which has included “The Tonight Show” and “The Killing” and “The Flash” and “Downton Abbey,” here (in no particular order) are five more outstanding shows.

“Transparent” (Amazon) – Jeffrey Tambor gave the performance of the year in Amazon’s first great series. He played a family man of a certain age named Mort who moved into the third chapter of his life by finally acknowledging his authentic identity as a woman named Maura. Never for one second was Tambor’s work here anything less than profound; in fact, I might say the same about every member of the cast, even if several of them played decidedly off-putting characters. (It seemed to me that Maura was the most grounded of them all.) Amazon certainly stole some of Netflix’s thunder with this one, and it is poised to continue making noise with its newest series, “Mozart in the Jungle.” The pilot for “Jungle” was one of the best of 2014; unfortunately Amazon chose not to release all ten episodes until December 23, making it impossible to watch them in time to feel comfortable including the show in a best-of list.

“South Park” (Comedy Central) – As impossible as it seems, Comedy Central’s breathtakingly naughty animated marvel was in its 18th season funnier and more provocative than ever. The two-part season finale, which bundled together comic riffs on the Oculus Rift, YouTubers (especially the enigmatic PewDiePie), the current scandal surrounding Bill Cosby and so much more was one of the smartest hours of contemporary cultural commentary I can recall. (It may have surpassed the New Media vs. Old Media showdown that brought HBO’s “The Newsroom” to a somewhat somber close.) The entire season was overflowing with genius, especially when series creators Trey Parker and Matt Stone took on the growing obsession with crowdfunding , the power of the NFL , the madness surrounding the “perils” of gluten , the problems with drones, privacy issues in the digital era and the new-millennial phobia concerning public hair . As over the top as most episodes get, they always contain important common-sense messages that seemingly escape most people as they meander through their lives. We should all be paying more attention.

“You’re the Worst” (FX) – Last summer, while watching this wickedly funny comedy with its steamy sex scenes and abundant nudity (more than I have ever seen in any other basic cable comedy, or most pay-cable comedies for that matter), it didn’t occur to me that I would be making room for it on my list of the year’s best shows. But then I suffered through an episode or two of the new rom-coms that NBC and ABC debuted in the fall and decided I had to call attention to it, because clearly the ability to write and produce romantic and/or sexually charged comedies escapes most television writers (including the people responsible for FX’s other new relationship comedy, “Married”). “You’re the Worst” (pictured below) is easily the best in its category. Unfortunately, it will in its second season be relocated to FX’s less-visible sibling FXX, which seems unfair, but “It’s Always Sunny in Philadelphia” seems to be doing okay over there, so we’ll see what happens. 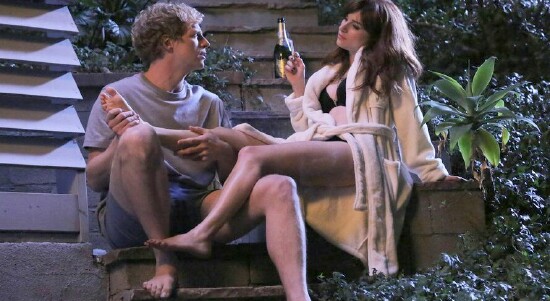 “The Big Bang Theory” (CBS) – There isn’t anything new to say about this comedy gem, except to note that it didn’t lose an ounce of its crazy comic energy in its seventh season, and an evening spent laughing at and with its core characters is still as satisfying as television gets. To put that another way, I don’t think there has been a disappointing episode of “The Big Bang Theory” since it began eight years ago. I don’t recall feeling that way about any broadcast sitcom since the Seventies.

“Homeland” (Showtime) – I pretty much wrote this show off after its dreadful third season, when it no longer seemed to know what it was or what it wanted to do or where it was going. And I didn’t see anything during the first two hours of its fourth season that convinced me to do otherwise -- especially that awful sequence in which bipolar CIA operative Carrie Mathison (the ever-dazzling Claire Danes) briefly acted on an urge to kill her baby. But then the buzz of rebirth began to build and I checked back in, only to get caught up in one of the most riveting and at times breathtaking thrillers of the year. As awful as it is to see a great show lose its way, as happened here, it is twice as exciting to watch it straighten itself out and then become great all over again. With apologies to HBO and Lisa Kudrow, “Homeland” was definitely the comeback of year.