TREotM: The 1st Decade of the 21st Century Continues 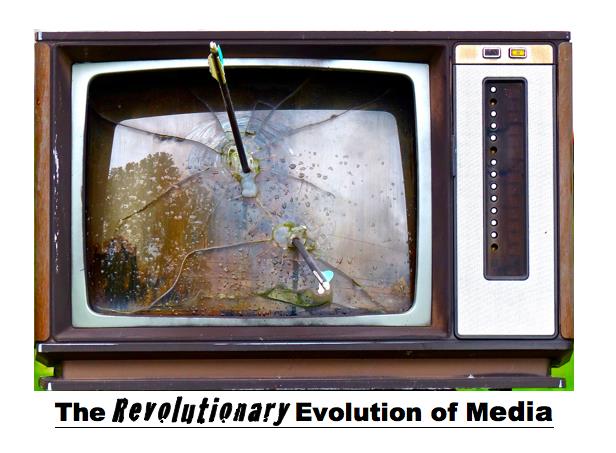 The world of change kept spinning faster and faster.

Back in 1952, John and Gus Rigas bought a cable system in Coudersport, Pennsylvania and founded Adelphia.  Fifty years later with 5.8 million cable subscribers, the surviving Rigas family still controlled the company, but financial irregularities (aka cooked books) caught up with them.  Patriarch John and his son Timothy are still in prison.  Adelphia declared bankruptcy and then was broken up and sold to other cable operators.  Adelphia had also owned the Buffalo Sabres of the NHL.  It was sold, too.

In 2005, financier Carl Icahn waged a successful proxy fight and joined Blockbuster's board in order to fight CEO John F. Antioco, who had been in charge since 1997 and "earned" $51.6million in compensation for 2004.  Netflix, which Reed Hastings had started because of exorbitant late fees, was using the post office much like original newspapers had in order to service subscribers.  The easily identified mailing envelopes were showing up everywhere.

Also, the Digital Transition and Public Safety Act of 2005 pretty much finally doomed analog TV transmission as the Act mandated full-power broadcasting of analog television in the United States to cease after Tuesday February 17, 2009.  Of course, that caused enormous confusion.  Wasn't it already supposed to have happened?  How?  That soon?  Help!?!

So Congress also established a federally sponsored DTV (Digital Television) Converter Box Coupon Program.  The era of the flat screen was at hand.  And, of course, the original target had been New Year's Eve 2006.

Apple announced the iPhone on January 9, 2007; it launched on June 29th.  Apple CEO Steve Jobs told the MacWorld Conference, "I have been looking forward to this for two and a half years."  From Wikipedia: Jobs introduced the iPhone as a combination of three devices: a "widescreen iPod with touch controls"; a "revolutionary mobile phone"; and a "breakthrough Internet communicator."  It had an impact still being felt.  Bloomberg BusinessWeek made a list of things the smartphone killed: CD collections, Rolodexes, printed day planners, batteries for flashlights, paper plane tickets, stopwatches, clocks, legal pads and dozens more.

In San Francisco in 2007, roommates Brian Chesky and Gebbia were struggling to pay rent … they had a loft … they converted it into a sort of bunk room with air mattresses and offered them on a web site to renters for $80/month and a home-cooked breakfast.  They got three renters; two guys and one girl.

Eureka.  The Democratic Convention was coming next year; there will be a shortage of hotel rooms, so, why not make this a business?  A former roommate and engineer joined.  AirBed and Breakfast launched.  They bought cereal boxes and remade them as campaign posters … and sold enough to help launch for real.  Sort of.  They ate a lot of cereal.  They went to Y Combinator.  Then Sequoia Capital.  They get smarter; they raise more money.  (Disclaimer: we've used AirBNB in Croatia, Portugal and Portland, Oregon.)

Why is this media?  Well, like Craigslist, it disrupted regular advertising.  It communicates and brings people together.

The transition to DTV was delayed.  Seemed more folks needed more time and more had asked for converter boxes.  Among the first bills signed by new President Barack Obama was the American Recovery and Reinvestment Act of 2009.

Blockbuster's biggest competitor liquidated.  Blockbuster's accountants questioned its ability to continue as a viable company.  It filed for bankruptcy in September of 2010.