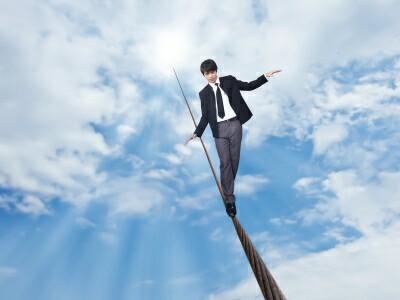 “The tipping point is that magic moment when an idea, trend, or social behavior crosses a threshold, tips, and spreads like wildfire.” That’s a quote from Malcolm Gladwell in The Tipping Point: How Little Things Can Make a Big Difference. The Tripping Point is a similar notion, applying specifically to the ad industry, where some traditions die hard. The resistance to change requires more of a push, so picture a raised threshold and a push from the circumstances around us.

In Part 3 of this three-part series, we are likely understating the importance of 2015 as the tipping point for programmatic. (Read Part One here and Part Two here.)

Programmatic -- Because We Are Sick of Three-Letter Acronyms

AOR’s typically place buys on the basis of NTI GRPs or TRPs, sometimes targeted to DMAs (based on BDI/CDI), with the currency of CPPs/CPMs and KPI goals like ROI.  The digital platforms of ABC, NBC and CBS use FEPs, and we measure delivery with OCR or VCE.  With the proliferation of ad networks and exchanges, we now employ automation via trading desks and DSPs to buy from SSPs, informed by CRM data and DMPs, using DCO and RTB.

Is it any wonder consensus opinion rallied around the term “programmatic”?

Our colleagues across the industry on both sides of the desk (buying and selling) are all aware that programmatic will happen.  The disagreement is centered primarily on when.  Marketers are squarely behind making the change as soon as possible to more accurately and efficiently reach their target audiences and are in turn urging their agencies along.  Media vendors are generally dragging their feet and being more reactive than proactive.  Ad tech advances, alliances and partnerships continue to be announced weekly, providing a sense that more is happening quicker than what we see happening in the daily course of business.

As with other areas of digital, the landscape seems to shift in cycles of 3-6 months.  We are still in the arms-race stage of programmatic, where agencies and media are building, buying and/or forging partnerships.  Barely two years ago, AOL acquired Adap.tv to build out their programmatic stack, only to now be acquired by Verizon.  Only six months ago, Yahoo acquired BrightRoll to bolster their video and programmatic offering.  At years’ end Oracle acquired Datalogix, adding to their earlier data-focused purchase of BlueKai.  This consolidation will continue.

Almost all of our clients are in various phases of employing programmatic in the execution of their digital media buys.  They are either already doing it, testing it or doing deep dives in understanding what this approach means to them and their businesses moving forward.  And while most of the focus is in the digital area, testing and discussions are happening in all of our media channels.

This is an unqualified “yes.”  Ad spending in programmatic will continue to increase significantly this year, with the largest percentage growth happening in digital video.

In 2015, we tripped.  The only debate will be regarding the precise moment.

Robert Acquaotta, Vice President, Digital, is an industry veteran with over 25 years of experience in advertising and more than a decade in digital. From his early days at the IAB, Rob immersed himself in all things interactive, creating relationships wi…