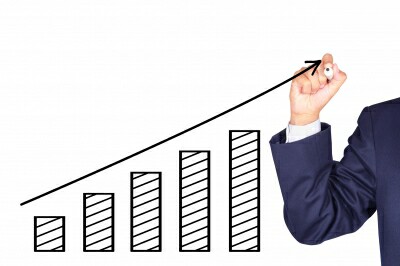 This week, MediaCom’s UK CEO Karen Blackett was named “the most influential black person in Britain.” Many congratulations to her for what is a most well deserved accolade. It’s rare for media agency leaders to be recognized outside of our industry. Maybe it’s because so many rank their achievements in terms of the countries they’ve visited in the last couple of weeks and the household names (well, in someone’s household anyway) they’ve met.

It’s easy when you’re working in any senior capacity in a media agency to believe that you are indeed God’s gift to the advertising business. After all, trade press journalists chase you for quotes and photos and hang on your every word. Conference companies flatter you to appear on their platforms. Those selling media tell you how wonderful and important you are, every minute of every day. (Of course, what they say behind your back may be quite a different thing.) And, of course you convince yourself, through social media musings in which your every word and thought is favorited, retweeted or liked by your loyal fellow-workers.

It’s easy to believe all of this noise. I know I did.

But Karen aside, how many of these people have actually achieved anything? And I don’t mean they haven’t won the Nobel Prize; even in our little advertising bubble they have done precious little. Certainly they’ve hung around. Certainly they’ve been promoted. Certainly the lucky ones qualify for business travel, limos and decent hotels (and may I say thanks for the Gold-Card-for-Life, British Airways). But how many have ever truly done anything, built anything, changed anything?

Some of course have. The UK media agency Manning Gottlieb (now part of Omnicom) as one example was built by Messrs Nick Manning and Colin Gottlieb, both of whom are still very much practicing their skills today. David Pattison, Nick Horswill and Jonathan Durden started PHD (also nowadays Omnicom), and then for good measure David became the first media man ever to become President of the IPA. All three are still much in evidence.

Les Binet and Peter Field have done more to demonstrate how advertising works and the contribution it makes to business success than anyone else around. Dave Trott, not content with his reputation as one of the best creative men of his generation, writes a wonderful blog and has produced what is by all accounts an excellent book. In the USA, Erwin Ephron wrote the book on media planning. Irwin Gotlieb, now running GroupM, is an outstanding trader and thinker.

What all those who have genuinely done something have in common, in my experience, is a quiet self-confidence. They don’t tend to bang on about where they’ve been, who they’ve met, where they’ve stayed. They listen well, and they respect others, their points of view and their achievements, however modest they may be when set against their own.

It would be good if those in any position of authority within media agencies, as well as those starting out and those in-between reflected on the fact that most of them have done little and know less outside of an extremely narrow specialism, and that they can learn a lot by listening to or reading from those who have achieved big things before them.

They will in time come to realize that you should never, ever believe your own publicity and that the main reason why they’re in demand today is the position they hold rather than any achievements they as individuals may have to their names.

We should all celebrate the achievers, those who have built, those who lead by example and those who advance thinking, ahead of the brash, the loud and the self-publicizing.