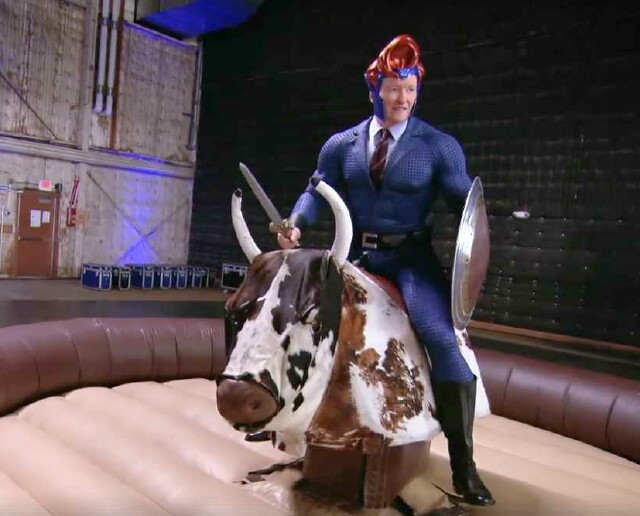 With the convergence of increased video viewership on social media and the steady rise in consumer ad blocking, branded content has emerged as a likely alternative advertising vehicle for media companies looking to expand their offerings to brand partners.  In fact, branded content on social has seen exponential growth, with TV networks gaining a lot of traction in this area.  The category is proving itself successful with consumers according to social media analytics and insights company ListenFirst Media, which aggregates billions of real-time social signals on tens of thousands of brands in over 20 industries across every social platform

In a recent study, the analytics firm found that between October 2016 and March 2017 the number of branded posts from TV networks on Facebook increased by 72%, receiving 2x more engagement than non-branded posts.  Furthermore, branded content from Turner has been generating more than 12x the engagement on social media than content posted on advertisers' owned pages and delivered five of the top five branded posts on Facebook from TV networks in Q2.

"We looked at every single Facebook page across 140 programmers for every show and network presence and the first thing we noted was that less than 1% of all posts were branded and that content was getting more engagement [likes, comments and shares] than non-branded," says ListenFirst's Co-Chief Executive Officer, Jason Klein.

As for the top ad categories by volume, ListenFirst's analysis shows that auto, entertainment, QSR and telco are leading the pack.  Klein explains that this is in part due to the notion that branded content on social media is still being sold, in many cases, as a value-add to traditional linear deals. It's a different story when you look at engagement, where beverage, food, video games, beauty and entertainment are driving the highest consumer response.  Klein believes that many of these categories are investing in more sophisticated executions in the realm of branded content, but some of the categories themselves are inherently attractive from a content standpoint. 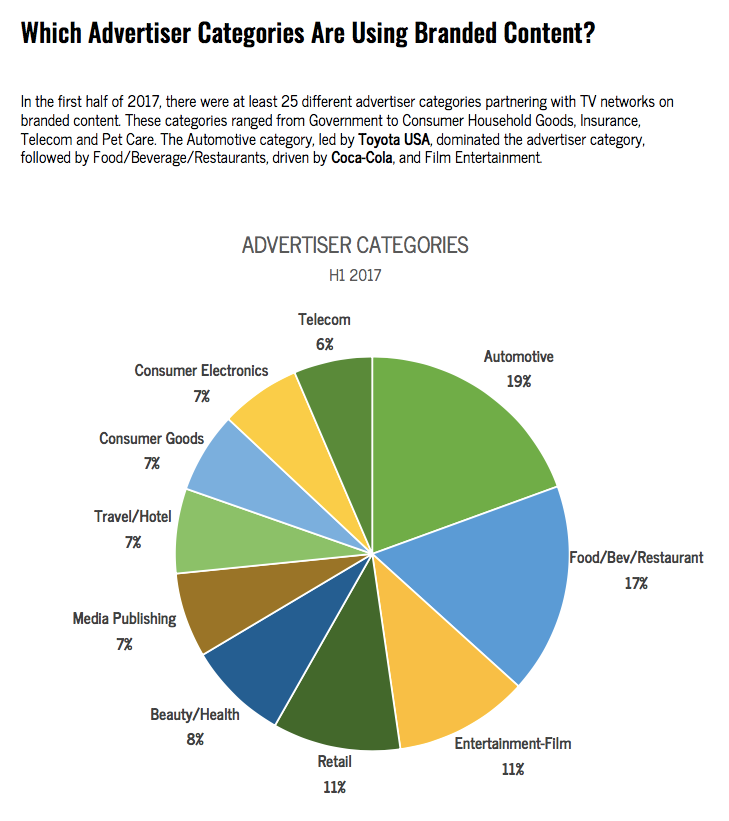 "For years, media companies have been using social media platforms as a marketing vehicle to essentially promote their linear content and drive tune-in," he adds.  "Along the way, TV networks have been building communities around their programs, in many cases with millions and millions of fans.  So, if you look at it, these companies have invested years in building huge audiences for their IP on social media.  That makes it a valid and valuable place to consider buying advertising."

According to Klein, branded content on Facebook can be anything as simple as a media company with a promo spot for a new series, or recap spots in which an advertiser is mentioned in the post.  But on the other end, he says, you have creative content that's actually being developed with the advertiser integrated into the content.  That's what's known as premium branded content, and that's where Turner is taking a lead.

Given its top-ranked success with branded content on social media, Frank Kavilanz, Senior Vice President of Social Strategy and Solutions for Turner Ignite, is clearly bullish on marketers partnering with a TV network that pairs premium creative with data-driven targeting to yield higher reach and engagement on social, and thus a higher return on investment.  He says that in his first week at Turner he wrote a formula on his whiteboard: "Art + Science + Scale."  The equation means "premium content with established fan bases plus the data unique to Turner plus global scale across all screens equals brand impact," Kavilanz explains.  "Very few companies are delivering premium content, data and guaranteed distribution in every deal."

To break it down, the "art" as Turner sees it includes engaging audiences by leveraging the media company's existing creators of successful shows -- with which fans are already highly engaged on social -- to make content for brands.  In other words, Kavilanz says, their branded content approach is that "the people who understand our fans best and make our content are also the ones who make content for brands: (the team at) Conan, the Impractical Jokers themselves ... they make social branded content for an advertiser."  (Conan O'Brien is pictured at top.)  It's the type of content that Turner knows resonates with their fans, so it's more likely to spread across social media.

The "science" involves combining targeting and fan relationships to up the engagement.  Turner digs deeper into the many fan relationships it has already built on social, and optimizes via their proprietary tool, Launchpad, to get their premium creative content in front of the right audience at the right time.  Kavilanz has "optimized" his own 25-person in-house social team by hiring half for their social strategy skills and the other half for activation expertise.  Together they work alongside Turner's content partnerships arm and brand studios like CNN's Courageous as well as brand partners.  The goal, he explains, is "to understand their target audience and access Turner proprietary data to create smarter content and distribution strategies.  Using data, we'll work with marketers and our branded content units to uncover a moment that might be ownable for an advertiser, or an insight to spark creativity."

Finally, the formula demands "scale," which with Turner's social portfolio of more than 750 million followers is a done deal.  "We know who we want to reach from our data, and have access to over 100 social handles globally at Turner," Kavilanz says.  "Access to these handles coupled with our data allows us to implement sophisticated micro-targeting techniques."  While Launchpad provides brand partners with access to those hundreds of millions of followers over its many social handles, the campaign is also amplified using data-driven paid promotion, which enables Turner to reach precise audiences that brands care most about at scale.

The Art + Science + Scale equation is unlocking the potential of branded content on social media by providing the engagement that marketers are looking for to drive meaningful brand impact.  For example, consider the superhero subset, a demographic of fans into superhero films uncovered by Turner's Launchpad team.  For the Warner Bros. release of Batman v Superman, truTV's Impractical Jokers produced content that put their unique superpowers to the test, while Adult Swim developed a custom animated video distinct to the network's voice.  Leveraging the audiences that responded strongly to these content pieces, Kavilanz's team was able to identify and retarget those highly engaged fans for subsequent superhero movies released by Warner Bros., as well as tailor future creative based on the gathered insights.

A similar tactic was used for the release of Suicide Squad and, most recently, Wonder Woman, via a custom brand integration with TBS'sConan.  It went on to be one of the top-five most engaging branded posts on Facebook for Q2 with over 8.3M views on Facebook alone.  "We've transformed Turner into a data-driven, video creation company," says Kavilanz.  "Our focus is to become a strategic resource for clients offering content, data and guaranteed distribution in every social campaign at every price point."