And Now a Few (Less) Words From Our Sponsor 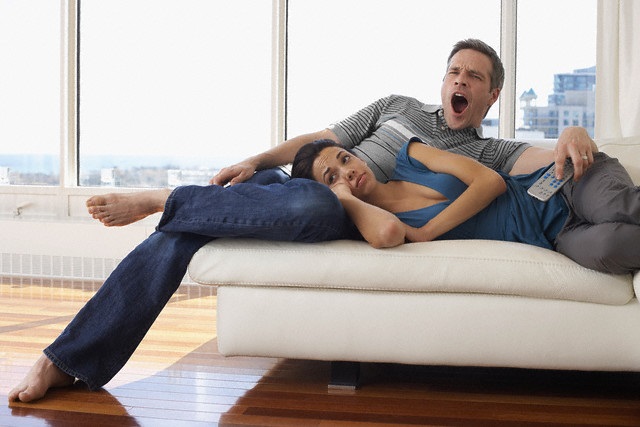 There’s a slow drip poison that is sickening the TV ecosystem. While the quality of TV content has never been better and the breadth of program choice has never been more expansive, we have so mucked up our content with commercial and promo loads that we are ruining the real-time viewing experience. As a by-product, we are chipping away and devaluing the ad effectiveness of the medium.

There are a dozen or so shows my wife and I watch on a regular basis. “The Blacklist,” “Quantico” and “The Amazing Race” are must-see TV for us.  But if not for On-Demand services and DVRs, where there are limited commercial loads or fast-forward functionality, we might not watch any of them.  The entertainment industry and general public laud the quality of Netflix and Amazon and HBO programming, but how much of this praise should be credited to the superior, uncluttered viewing experience these services provide?

There are many people who still do watch primetime TV in real-time (or so Nielsen tells us), but it’s likely they are not paying attention to the commercials.  We’ve “trained” viewers in a Pavlovian manner that once a commercial break begins they have 4-5 or even 6-plus minutes before programming will resume.  So, many viewers turn their attention to smart phones, tablets, laptops or other devices, all of which are competing with TV ads for the viewer’sattention.  If this trend continues, the story won’t end well for either advertisers or the TV companies.  We will kill the proverbial golden goose.

The roots of this dilemma can be traced back to 1983 when the courts and broadcasters agreed to suspend the NAB code.  The code was primarily focused on content issues, but it also restricted the number of commercial minutes that the TV networks could air each hour.  In a supply/demand driven marketplace, sharply increasing demand for TV ad time against a static supply of inventory yielded annual double-digit CPM inflation.  At that time the choice by agencies and advertisers to accept a small increase in commercial loads as an offset to CPM increases seemed like an obvious one.  Of course this also worked for the TV sellers, as increased commercial inventory enabled revenue growth.  Thus began “commercial creep and the slow but steady increase in non-programming time.

So what’s the solution?  I believe there needs to be a re-thinking of our media currency standards.  Media buyers and client procurement agents have been so focused on driving down media costs and generating cost savings that effectiveness, impact, context and engagement have taken a back seat.  They’re ignoring the fact that the media “impression” has been greatly devalued because people who aren’t avoiding ads altogether just aren’t payingattention to them.

In short, media buyers need to recalibrate their metrics for TV ad exposure.  Opportunity to view measures (current standard) should be less acceptable.  They are worth less than ad experiences which engage the viewer, and these are worth less than those which drive viewer interaction. The relative value of a :30 spot vs. a Branded Content integration vs. a Connected TV engagement are very different and their corresponding prices should reflect this.

Reducing commercial loads is one positive step for the industry.  I was pleasantly shocked to hear that Turner and some other nets are reducingtheir commercial loads on some networks.  Bravo!  This might even help improve ratings, and this less cluttered environment should also provide a better viewer experience and a better environment for ad messages.  It will be a big leap for media buyers to reward networks with CPM premiums when they reduce their commercial loads, but the proper research should help support the value equation.

More branded content deals or sponsor underwriting of shows (yes, a return to 1950s TV) are other solutions.  Producers, networks, agencies and marketers can work in partnership to integrate brands, reduce production costs and limit commercials.  This is expensive and there is risk, but look at the brilliant job done by “Amazing Race” to integrate Travelocity and Fitbit into their program segments.  There is a cost premium for these integrations, but the brand managers or CMOs at these marketers will likely tell you there has been great return on their investments.  Now producer and network should figure out how to share the wealth, reduce “Race’s” commercial load and raise their rates.

Finally, the growth of interactive TV, Connected TV’s and OTT devices will enable both the targeted distribution of immersive brand experiences and superior response measurement.  Potentially programming delivered through these devices could offer fewer commercials but a more robust brand experience.  What is the value of an ad experience that can be accessed through a Connected TV that takes a potential customer directly into a full-blown interactive brand experience for several minutes?  Further, how much more value is created when you can track viewer engagement and response to that experience?  To quote the marketing folks at MasterCard …. it’s priceless.