TV or Not TV, That Is the Question 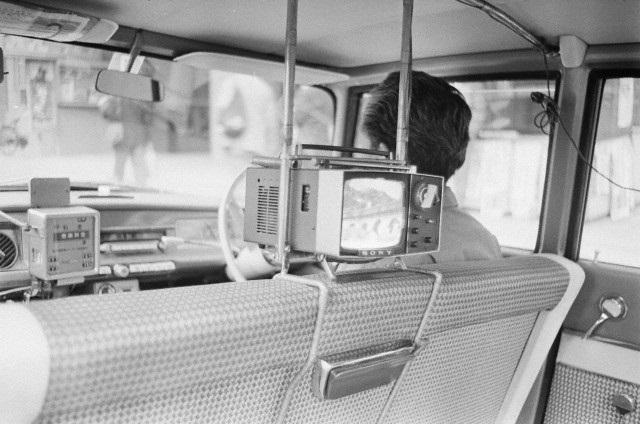 One of the many lively sessions at the Digital Place Based Advertising Association's (DPAA) annual Video Everywhere Summit in the fall was a panel that debated video agnostic planning; the issue of whether all video screens should be valued equally (see link to panel video at end of column). Suffice it to say, there were strong opinions expressed on the topic but one clear takeaway emerged: With screens now pretty much omnipresent in our lives, the definition of what constitutes television is murkier than ever.

Business developments of recent vintage underscore this point. In November, for example, the CBS Television Stations group and Health Media Network (HMN), one of the country's fastest growing digital point-of-care media companies, announced a new partnership that will bring health and wellness information, healthcare news and entertainment content from local CBS-owned stations to more than 12,000 medical locations throughout the country. The alliance includes a cross-marketing agreement that creates opportunities for both brands to leverage each other's products in strategic sales efforts.

NBC-Owned Television Stations' NBC Everywhere, a division of NBCUniversal, has for several years been working with VeriFone Systems under a long-term strategic and advertising sales agreement. The partnership provides audiences across the country with access to NBCUniversal's news, information and entertainment programming in more than 30,000 taxis nationwide, generating 14.5 million monthly impressions. NBC Everywhere also has content and sales agreements with Gloss Media's Salon Network and PATH Network.

Further, Gloss Media Salon Network has agreements with VH1 and Reelz Channel, among others. And, of course CNN Airport telecasts all of the important news in airports throughout the country, while ESPN and Bloomberg TV provide high quality sports and news content to Gas Station TV.

So when you're watching content from the likes of NBC, ABC, CBS or ESPN while sitting in a taxi, pumping gas, getting your hair done in a salon or riding the PATH train between New York and New Jersey, are you watching TV? It sure seems like it, doesn't it?

It's easy to see why these agreements are appealing to all parties. While "traditional" TV is still a powerful medium, it's clearly no longer the sole solution for securing desired levels of video impressions. According to Nielsen, traditional television viewing has decreased from the prior year across the majority of demographics. MoffettNathanson reports that commercial ratings for cable channels have been down every month since May 2014. And Americans are now spending almost five and a half hours a day viewing screens ... without even turning on a television!  At the same time, Kinetic USA reports Americans now spend an unprecedented 70% of their time out of the home.

In the DPAA's annual survey of media planners, conducted in May 2015, more than two-thirds (68%) of respondents rated traditional TV high in effectiveness today, but just under one-half (49%) believe it will be as effective in three years. Meanwhile, 60% of those surveyed regard video everywhere, i.e., integrated multi-screen campaigns, as important in delivering advertising impressions, with 84% saying they will be important in three years. The planners said that DPB screens will more than double in importance to the video everywhere strategy in three years' time. And DPB's embracing of programmatic, led by ad-tech companies such as Ayuda, Broadsign and NEC, bodes well for the sector, as 67% of planners said they would be more likely to recommend DPB as part of media plans given its availability in programmatic buying systems.

So the networks are following the eyeballs -- and, in turn, the money -- in what is now a "video everywhere" world; a world where the definition of television is becoming more fluid every day.