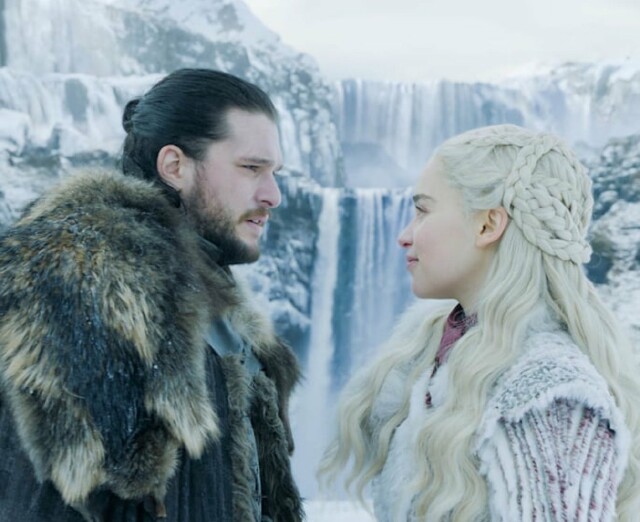 When did April become the new September?  Right now, there is more compelling programming on advertiser-supported broadcast and basic cable TV than at any time since the start of the 2018-19 television season.  How interesting that the networks (and other programming services) have chosen springtime to showcase so much of their finest work.  I wonder what the thought process is?  Spring is here.  Summer is coming.  Baseball season has begun.  It would seem that the last thing people really want to focus on at this time of year is television, unless it’s mindless fun (a warm-weather category NBCU owns with America’s Got Talent and American Ninja Warrior).

While it is true that the May sweeps period has always been vital, at least to the broadcasters, for viewers who invested time in television March and April used to be a time of disappointing returns, if not relative rest.  No more.  In the new world order of television entertainment there can be no down time.  But not even that understanding fully explains why TV is most excellent right now.

Let’s start with the basic cable landscape.  FX recently debuted a sparkling study in sophisticated storytelling with the limited series Fosse/Verdon, along with the second season of the comedy Better Things (now better than before) and one of the most original comedies ever to grace any platform, the vampirific What We Do in the Shadows.  (Is it me, or does the cast of this show appear to be having more fun than the cast of any of TV series anywhere?)

IFC just launched the third season of its egregiously underrated Brockmire, a show that works better than most when it plays straight outrageous comedy, much less so when it forces too much drama into its stories (as it did at the end of season two).

National Geographic is prepping its riveting limited series The Hot Zone– the TCA press session for which left over 200 journalists in a state of high anxiety.  (Editor’s note: Wash your hands as often as possible and keep your distance from sneezing people.)

With one notable exception (hint: it has dragons) there is nothing quite as exciting on TV right now as the second season of BBCA’s thrilling Killing Eve.

Even premium cable is getting into the act.  HBO recently chose to flex its muscle in a way it hasn’t since the glory years of The Sopranos, Sex and the City and Six Feet Under with the final seasons of the mighty Game of Thrones (pictured at top) and the political comedy Veep.  In tandem with the second season of the award-magnet Barry, these shows are collectively providing a massive promotional platform for HBO’s next two behemoths:  The second season of Big Little Lies (now with Meryl Streep) and the limited series Chernobyl.

Broadcast isn’t exactly snoozing at the moment, either.

CBS on Sunday launched a four-part limited series titled The Red Line -- from Ava Duvernay, Greg Berlanti, Caitlin Parrish and Erica Weiss -- which will undoubtedly be one of the most controversial and hotly debated series of the season, if the audience finds it.  Sunday nights are brutal right now.

ABC’s American Idol (also on Sunday!) and NBC’s The Voice are both in their live phases, and even though these franchises are aging they still bring a distinct energy to television.  Many people are declaring that Idol has the most talented top ten group this season in its very long history.  I can’t tell.  They have all sounded good to me.

The CW chose this time to run the final season of Jane the Virgin, which is wrapping up in fine style by returning to the Rafael-Jane-Michael love triangle that started it all, albeit from a radically new perspective.  (Michael died several years ago but, in a typical telenovela twist, turned out not to be so dead after all.)  The network also recently debuted (and then renewed) In the Dark, a, well, dark drama about a blind woman wrestling with her demons while investigating her friend’s murder that is quite unlike anything else on The CW (which is really saying something).  Big surprises are coming on this show in a few weeks.  Also, CW just wrapped Crazy Ex-Girlfriend with a satisfying finale followed by a concert special featuring its talented cast that was itself a departure from the norm.

It’s worth noting that Telemundo is currently enjoying huge success with the recent return after an eight-year absence of the sizzling telenovela sensation La Reina de Sur, giving all other networks a run for their ratings.

Streaming doesn’t really count in these matters, since their viewers are trained to set their own viewing schedules now, then or whenever they wish.  But it is worth noting that ad-supported CBS All Access, which premieres episodes of its original series one week at a time, chose this time of year to release season three of its hit The Good Fight, one of television’s finest dramas, and season one of its revival of one of television’s all-time best shows, The Twilight Zone.  Elsewhere, Hulu has been doing the same with its fact-based drama The Act, already a serious awards contender.