“Twin Peaks” Has Returned to Haunt Me 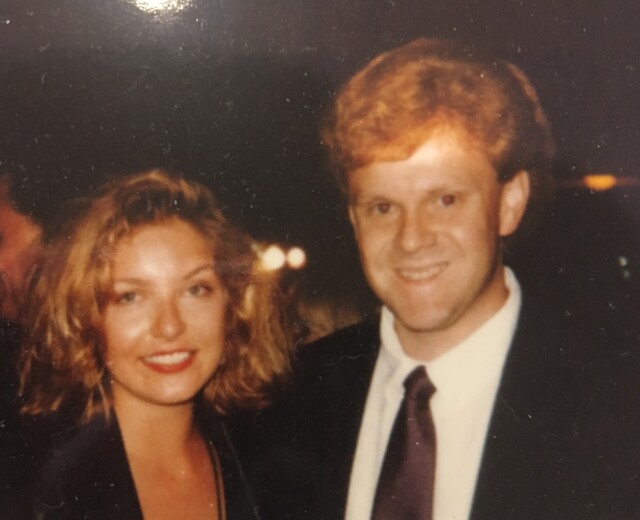 My past of late has come back to haunt me … on TV that is.  And, sadly,  in the worst possible ways.  First came the continuation 26 years after it “ended” of ABC’s Twin Peaks, now on Showtime, seemingly a great fit given the content freedom that comes with premium cable, though so far not so much.  And then ABC put forth its exasperatingly ill-advised remake of the 1987 movie classic Dirty Dancing on the occasion of its approaching 30th anniversary.

It’s good for Twin Peaks that Dirty Dancing came along when it did, because the latter was so jaw-on-the-floor terrible that it stopped me from dismissing the former as the worst new series of 2017 so far, despite its celebration of unfettered imagination, though Starz’ American Gods is far superior in that regard.

I thought my thorough disgust with the new Dancing might be more about me than about it, given my personal connection to the original film.  I was part of its publicity team -- I wrote some of the press materials; assisted with its premiere in Los Angeles and with various promotional duties connected to its release in theaters (and, eventually, on video), and I was the official studio escort for Patrick Swayze and Jennifer Grey at the 1988 Academy Awards.  (Dancing won an Oscar for its theme song, “(I’ve Had) The Time of My Life.”)

As was true for everyone else involved with the original movie, Dancing actually changed my life, and the afterglow of its titanic success has been with me ever since.  (Nobody involved with it back in the ‘80s had any idea that it would become a timeless classic.)  That’s why I admittedly didn’t approach the remake with my usual objectivity.  Watching it only reinforced my initial suspicion that it would suck out loud.  But I knew I couldn’t be and wouldn’t be impartial.  So I felt much better when it was universally trashed by every TV critic who matters. 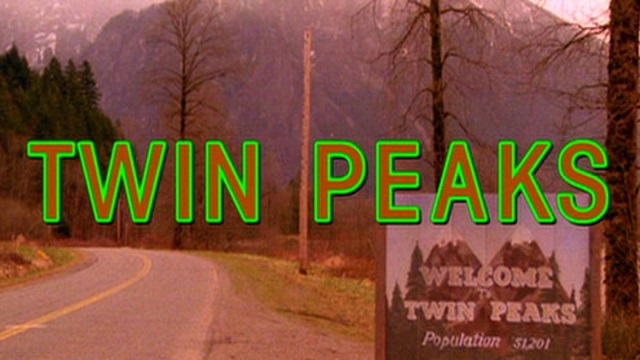 Then came Twin Peaks, which I allowed myself to anticipate with something approximating feverish enthusiasm, even though I seemed to be the only member of the media who remembered how truly disappointing it became in its second season, when its ratings sank so low that ABC yanked the all-important final four episodes off of its 1991 in-season schedule and burned them off in June.  And then there was the little matter of a conversation I had with Peaks executive producer Mark Frost in 1992 when he was promoting another series he created with Lynch, the comedy On the Air, a short-lived failure.  When I asked him about Peaks, Frost frankly confessed that he and Lynch had no idea what they had been doing, or were making it up as they went along, or words to that effect. (I’m paraphrasing from distant memory, but I recall being stunned by his candid admission.)

Twin Peaks mattered to me.  It still does, in fact, because like Dirty Dancing it turned my world around.  I was only a few months into my gig as a reporter for the late trade magazine Inside Media at the time of the series’ April 1990 premiere, and like everyone else I thought its first eight-hour season changed every perception and long-held belief and practical possibility of what broadcast television could be.  I talked about it so much and with such euphoria in the office that my editor suggested I write a review.  I did.  It was my first.  My career as a television critic was born.

The two seasons of Twin Peaks on ABC made me laugh, cry, shudder and contemplate the meaning of life, sometimes all at once.  It scared me and thrilled me and made me care so deeply about its characters that even when it defied its own bizarre internal logic and, in its second season, went completely off the rails I couldn’t stop watching.  (Remember when Joan Chen’s tormented sawmill owner Josie Packard was trapped inside a wooden drawer knob?)

Even at its wacky worst, Peaks back then had heart, soul and a pulsing emotional resonance throughout.  The first four hours of the continuation on Showtime, I’m sorry to say, have none of these, and it shows.  It’s weird only for the sake of being such, and so unrestrained it has already become tedious.  I wasn’t even moved when Bobby Briggs (Dana Ashbrook, one of the many original cast members who have returned to their once-interesting roles but been given precious little to do, at least so far) broke down after coming across a photo of Laura.  (She looks more alive next to the young man in the old Polaroid photo at top, recently discovered in a dark corner of the Black Lodge.)

This Peaks is so far removed from its original story about the murder of a young woman with more secrets than Walter White that it is hard to connect the sluggish, intermittently gross goings-on within the title town (and other locations) today with what went on in the early ‘90s, even though the narrative seeks to do exactly that.  (When they were last together in “final” episode that aired in June of 1991, Laura Palmer, then deceased, said to Agent Dale Cooper, then trapped in the puzzling Black Lodge, “I’ll see you in 25 years.”) 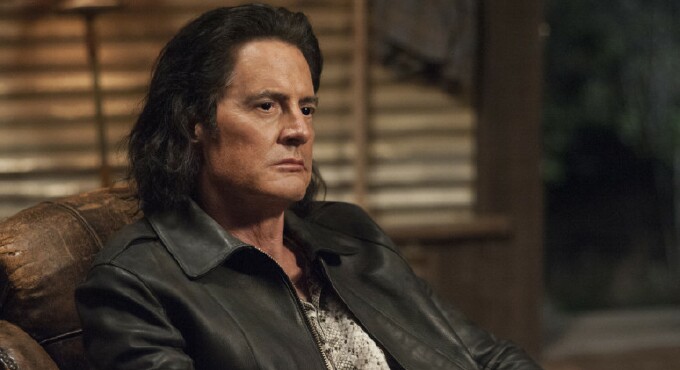 Put another way, there has been absolutely nothing to care about during the first four hours of this continuation.  The old characters seem played out (and are barely seen at all) and the new characters simply do not register.  That doesn’t bode well.  The only moments of emotional stirring and nostalgic satisfaction have come from the late Catherine Coulson as Margaret Lanterman, better known as The Log Lady.  She chillingly warned Deputy Chief Tommy “Hawk” Hill (Michael Horse) that something was missing.

She was talking about the investigation into the quarter-century disappearance of Special Agent Dale Cooper (Kyle MacLachlan, pictured above as Cooper's evil doppelganger).  But in my opinion she could have been referring to everything that made Twin Peaks so wonderful during its entire first season and for much of its second.

And yet I will never stop watching and hoping that I’ll become transfixed all over again … because most of the happenings in this series – like the owls in the forest surrounding the title town – are not what they seem.