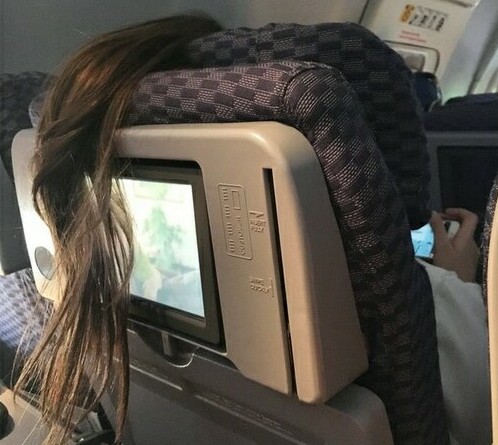 Sometimes Twitter is just the best thing ever -- ferociously funny and useful, too. Take Monday night for example. It was way more entertaining than anything on TV -- though CBS' "Supergirl" was above average thanks to a winning guest appearance by Grant Gustin as "The Flash," ABC's "Dancing with the Stars" pleased fans by subjecting Geraldo Rivera to the first painful elimination of its new season and AMC's "Better Call Saul" maintained its impressive sophomore strength. 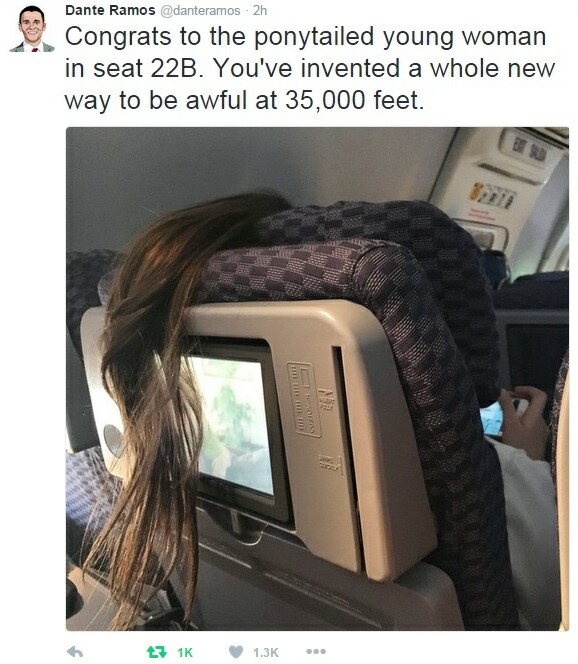 It appears that the cascading intrusion was dangling in front of the person seated to Ramos' left, but the point was made ... and the responses were "Tosh.0"-funny, especially those advising Ramos on what to do to or with or about that unfortunately positioned hair. Was the young woman out of whose head it was growing simply too self-absorbed to notice or care where all of her hair had gone? Could she have possibly been genuinely clueless about what was happening? Or was she simply a candidate for Rudest Passenger of the Day?

Suggestions from Twitter included closing that hair in the tray table, dunking it into a beverage and placing a variety of objects in it, from gum to "snot rockets." Several responders briefly lamented the fact that passengers aren't allowed to carry scissors, for obvious reasons.

That hair was way out there, but the photo in Ramos' tweet undoutedly resonated with air travelers who have been annoyed at one time or another by the people sitting in front of them -- which is most of us, right? It's bad enough when the seat reclines all the way back -- something airline seats should not be able to do -- but when a giant tangle of human hair flops over that seat into your viewing and refreshment space then selfishness has gone too far.

The laughter grew as the re-tweeting and liking intensified. All good things being required to come to an end, two hours later Ramos tweeted this:

It was fun while it lasted. Thank you, @danteramos, for making a rainy, windy Monday night so memorable.