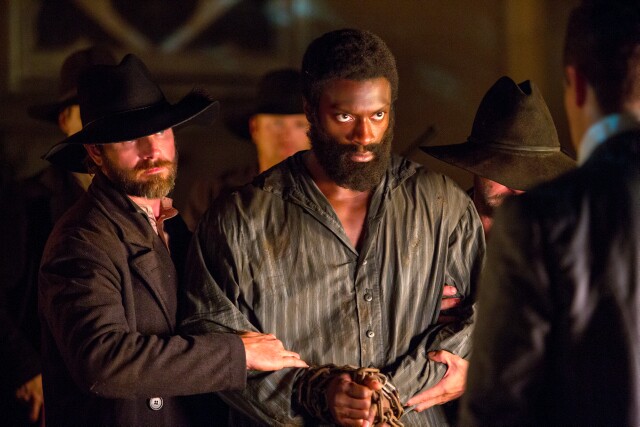 WGN America’s Undergroundcan be a tough pill to swallow. It is centered around a group of slaves attempting a harrowing escape from a Georgia cotton plantation, and depictions of racism, oppression, abuse and injustice run rampant. Being a man of color makes stomaching some, rather, most of these images particularly difficult. However, there is a light at the end of Underground’s tunnel: A foreshadowed fruition of the aforementioned escapees’ goals – something we’ve been brought closer and closer to with every episode. That, and the ever-increasing complexity of the protagonists and their plight, make holding out for the upswings worth it in the end.

Underground is about shows of strength -- portrayals of people exerting their will over one another. There are plenty of examples (aside from the obvious). A male house slave named Cato (Alano Miller) is more than willing to hold even the smallest amount of authority and privilege over the heads of his true peers. A female house slave named Ernestine (Amirah Vann) had a quiet sort of power she utilized over plantation master Tom Macon (Reed Diamond) in times of personal need, mostly to protect her children (until -- spoiler alert -- she killed him in the Season 1 finale). Noah (Aldis Hodge, pictured at top), the slave who set the show’s events in motion, has strength of mind, and when he partners with fellow slave Rosalee (Jurnee Smollett-Bell, pictured below), they find strength in their unity. 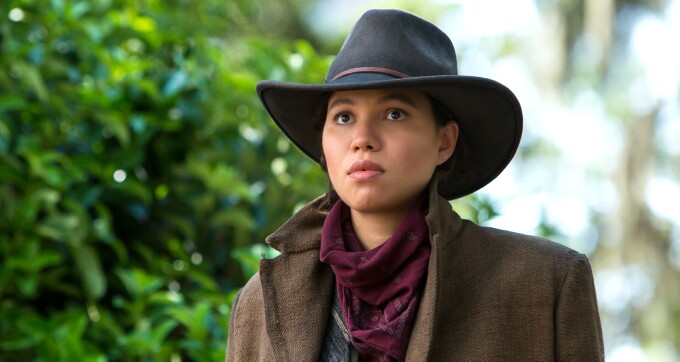 Alternatively, abolitionists John Hawkes (Marc Blucas) and his wife Elizabeth (Jessica De Gouw) have moral strength, especially since the values of equality they share go against what’s socially (and legally) acceptable amongst their white peers. They often find themselves in situations just as life-threatening as the slaves they protect, although the danger they’re in doesn’t feel as ever-present due to the fact that while they can always hide their “cargo” -- black people are black all the time.

Last Wednesday marked the premiere of Underground’s second season, and what a harrowing return it was. If that episode is any indication, the overall pace of the show has nearly doubled. Previously, the series was more of a slow burn; steadily filling its cup in every episode right up until the finale, when it finally ran over. Only three runaways from the group dubbed “The Macon 7” have survived. Noah sacrificed his freedom for that of Rosalee and little Boo, choosing instead to serve as a distraction during their final push towards an abolitionist-heavy area. John Hawkes finally killed the man who was creeping on his wife, and Tom Macon’s widow Suzanne (Andrea Frankle) put Ernestine on the auction block as revenge for her being a better mother to her children than she was.

At the top of Season 2, it’s been five months since Season 1’s finale. Ernestine is coping with life away from her children by distracting herself with drugs and an abusive lover. Rosalee is freeing runaway slaves with the Harriet Tubman. Elizabeth is joining a group of abolitionist wives who use secret codes and tote guns for the cause, and John is attempting to use his knowledge of the law to get Noah transferred from legal custody back to the plantation he escaped from. The idea is to free him while he’s in transit. However, the legal approach fails because, as Rosalee says, “In the North, in the South – it don’t matter. Rules don’t apply to black folk.” Some would say those words hold true to this day.

Anyway, Noah is sentenced to hang for his “crimes,” but at the last second is rescued by Rosalee, John and some well-placed explosives. It was never going to be that easy though, and we know this because Noah gets captured. Again.

Either way, it feels like the show is finally past the point of getting up on its feet, and has taken off into a nice solid sprint.  It’s spending less time on the plantation (which I’m more than okay with) and more time with the rebels. This progress, along with the addition of Ms. Tubman, means that there are in fact bigger, better things in store (both for viewers and characters).

Apparently, John felt the same way because he decided to join the Board of Commons so that he can affect change from inside the system.  No great story is complete without a major setback though, and right before the end of this season’s first episode we were hit with a gut-punch: While standing on the courthouse steps -- spoiler alert -- John Hawkes was shot dead in front of his wife!

The messages in this series are a bit more complex than “slavery is bad, and so is racism.” Since episode one, contemporary music has been used in the soundtrack of every episode, most likely to illustrate the emotional similarities between the people depicted in those slavery-era times and our modern-day selves. There’s a song that occasionally plays during the credits. It’s a very mellow hip-hop song that says, “What’s up? What’s up? Take off the handcuffs. We gonna be somebody.” It is a perfect representation of the parallels Underground shares with present-day America. Sure, there aren’t any plantations; just prisons.  And yeah, many different ethnicities and races are openly preyed upon these days, but black people are still a large part of that group.  And yes, things are much better than before, but like the bullet that killed John Hawkes, this show is a reminder that we ain’t out of the woods yet.