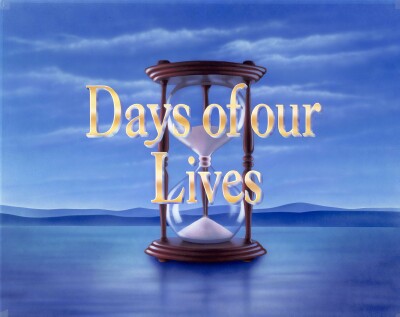 The trials and tribulations of daytime dramas in recent years – which collectively have far outweighed the problems and perils suffered by their characters – have left this unique broadcast format in near ruins.

The trials and tribulations of daytime dramas in recent years – which collectively have far outweighed the problems and perils suffered by their characters – have left this unique broadcast format in near ruins. Only four remain – CBS’ “The Young and the Restless” and “The Bold and the Beautiful,” ABC’s “General Hospital” and NBC’s “Days of Our Lives” – and while they are performing comparative miracles on shrinking budgets, the ever-present threat of genre termination continues to hang over them all.

Such concerns aside, it has been a real treat watching them all strive to raise their game and call as much attention to themselves as possible. It seems there is nothing they won’t try in their efforts to prove that soap operas can still deliver compelling entertainment. They aren’t as wild and crazy as they were in the Eighties (the last great heyday of daytime serials) -- though “GH” is almost there -- but they still manage periodically to catch viewers off guard with twists and turns large and small. That’s no easy achievement in this era of digitally powered spoilers of all kinds.

Overall, it would seem near impossible for a soap to surprise viewers with something they haven’t seen before, but “Days of Our Lives” lately has managed to do exactly that, with the arrival in Salem (the fictional Midwestern town in which the show is set) of a show-business executive who in what may be the most improbable storyline in the history of daytime drama wants to whisk one of the locals off to Hollywood and make her a star. The Salemite being pursued is the ever-combustible Sami Brady DiMera, who has survived multiple torrid affairs, bad marriages, kidnappings, explosions, murder attempts, electrocution, a trip to an alternate dimension, the possession of her mother by Satan and so much more. As portrayed by Alison Sweeney (pictured below), also the host of NBC’s “The Biggest Loser,” Sami has been an integral part of the action on “Days” for over 20 years. That’s coming to an end on Friday, when Sweeney exits the show. (She actually left many months ago after this month’s episodes had been shot. “Days” works at an extremely accelerated production pace, as do the other remaining soaps. It all has to do with performing comparative miracles on shrinking budgets, as noted above.)

The “Hollywood Guy,” as he has quickly become known, and his two subordinates have been obsessed with Sami since reading a story about her authored by her similarly problem prone son in a national magazine. They envision a movie starring Kate Winslet or Kate Hudson, or a miniseries, or a reality show featuring their new find.

“With a body like yours, you could host your own fitness program,” gushes one of his subordinates in a nod to Sweeney’s other job. It’s not exactly meta as it is currently defined, but its close.

The real reason this small subplot caught my attention is that the Hollywood Guy is one “Mr. Greenblatt” from “Universal Pictures.” Over the years I’ve seen every soap opera on every network try its best to impress its network, or at least get the attention of its executives, but I have never known one to name a character after its network’s chairman.

The full name of the Hollywood Guy on “Days” is “Bruce Greenblatt,” and he doesn’t have red hair, but for those of us who know him it has been impossible not to think of NBC Entertainment Chairman Bob Greenblatt during these scenes. Not to worry Bob; the storyline may be a bit silly – Bruce Greenblatt even wants to bring Sami’s son Will to Hollywood with her to write whatever project they settle on – but your daytime drama alter-ego comes off well.

The Hollywood executives on “Days” say they “want to be in the Sami Brady DiMera business.” That may be a stretch, but here in the real world, I think Hollywood executives would be well advised to be in the Alison Sweeney business. There is very little this accomplished actress-author-reality show host cannot do and do well, as she has proven consistently since the early Nineties.

Ed Martin is the Editor of MediaBizBloggers. He is also the television and video critic for the Myers