Univision and Walmart Whip Up a Delicioso Summer Stew 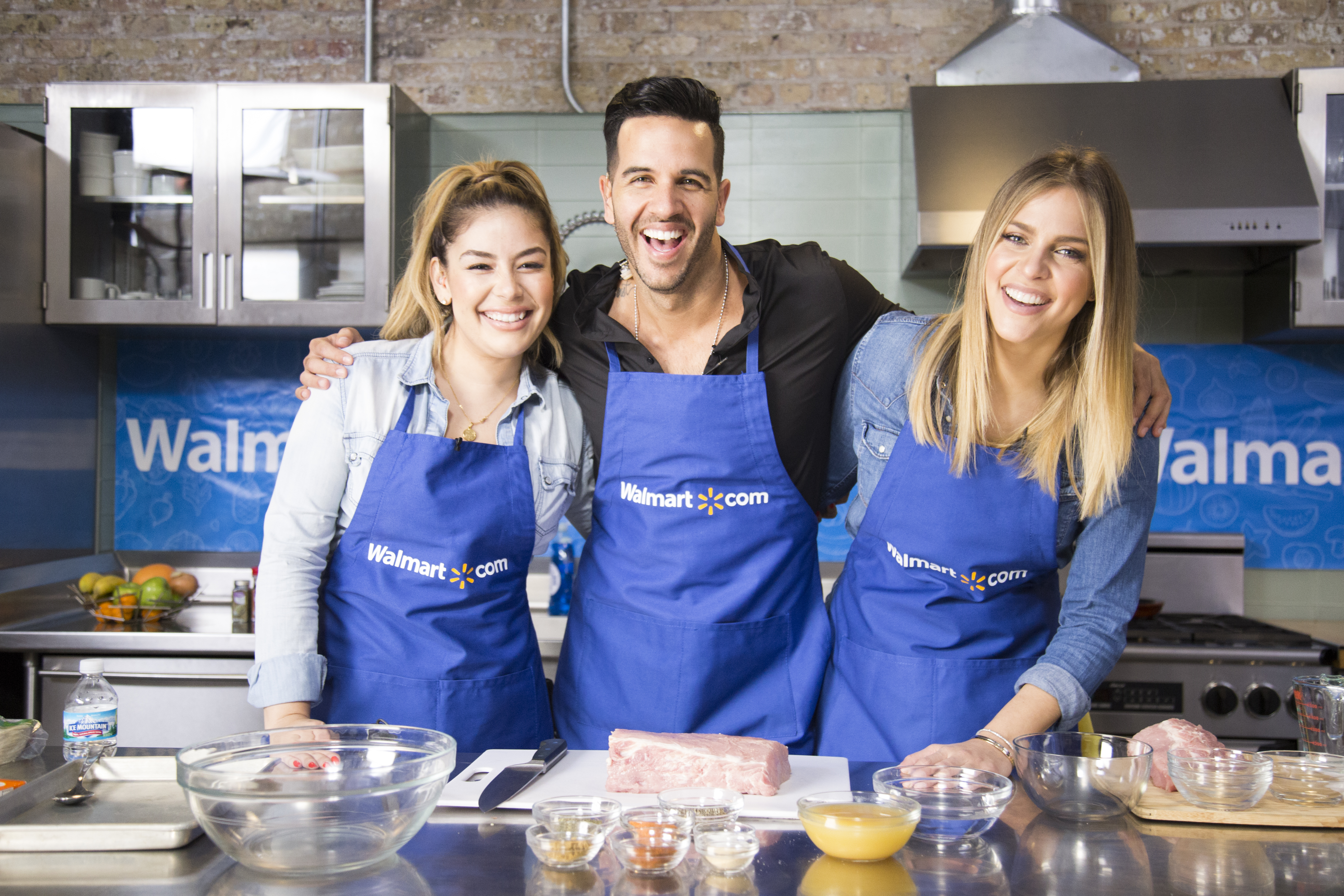 One of the more unique and successful Spanish-language media initiatives this summer was triggered by two organizations bent on a specific desire.  At Univision Communications, the desire was to build an audience engaged with Delicioso, a Facebook outpost of food and food preparation factoids, and short- and long-form videos launched last December.  For Walmart, one of the top advertisers on Univision’s broadcast and cable networks, the priority was to improve the perception of Walmart’s Fresh offerings and build consideration.

The companies partnered for a trio of summer holiday themed events, each in a different city, showcasing easy-to-prep recipes and meals using Walmart-obtained products.  Segments of each event (15-20 minutes in length) ran nationally on Facebook Live, hosted by national and local Univision talent.  The campaign organizers anticipated the Facebook Live segments would draw two million views.  As of early September, the combined Facebook Live segments have attracted more than six million views.  That compares with an average of three million views for the most popular Delicioso posts.

Besides boosting Walmart’s standing among Latinos, the campaign also generated ideas on how to make Delicioso more valuable to its target audience over the months ahead, said Luis De La Parra, Univision’s Senior Vice President of Partner Solutions.  “The big lesson here is to be super-sensitive to the food and ingredients that our fans want to learn more about,” he explained.  “We need to make sure that at any given moment, we have to react immediately to what our audience wants us to talk about.  When you react to fans authentically online, the engagement goes up the roof.”

Delicioso was deliberately launched as a social media destination so that Univision could experiment with various formats that could attract a food-minded Latino crowd.  For De La Parra, food is one of three subjects Latinos are passionate about (music and soccer the other two).  From the start, the experiment engaged viewers.  “They were able to talk (back) to us about the food we eat, where we find it, how we prepare it.  It was just an amazing way for people to engage with us,” he said.

Walmart has made recurring use of Univision’s multi-hour morning show Despierta America/Wake Up America and other programs over the years through food segment guests and brand sponsorship.  “They clearly understood that we had a stronger food proposition (by launching Delicioso), and this summer they had a challenge to illustrate among consumers they have some of the freshest products available in the marketplace,” De La Parra explained.  “They asked us to put together a strategy that could involve all our (platforms) in a meaningful way.”

“We wanted each event to tie-in with a long holiday weekend when people traditionally gather together to barbeque or cook for the family,” De La Parra added.  Miami, Chicago and Los Angeles, all large Latino population hubs, were selected because Walmart has a large group of stores in each area.

All three events were hosted by Despierta America’s Jesus Diaz and on-air personalities from Univision radio and TV stations were chosen as co-hosts.

Local Univision media in each market, including the online sites for both radio and TV stations, began promoting the event two weeks out.  Viewers and listeners were invited to catch the Facebook Live presentation and participate through local promotion.  On a national level, information for each event was posted the week before on Facebook and Instagram, while Despierta America gave out details during its cooking segments.

Local personalities were included in the campaign so that “we could have a deeper connection with these consumers, and the messages resonated more with each local market,” De La Parra said.

If there’s a second wave of Delicioso events later this year or 2019, De La Parra anticipates they will be more ambitious in scope and happen in conjunction with key soccer matches, concerts and other top Univision attractions.  As for Delicioso, there could be a future as a service running through smart TV sets and TV-connected devices, alongside Facebook.  Another option: turning some content into series playing on Facebook Watch, which already gets smart TV set and device carriage.  Earlier this month, Univision launched Real America with Jorge Ramos, its first English-language news program on the social platform.  In this series, the nightly news anchor concentrates on immigration issues and experiences around the U.S.

“We’re testing the waters on smart TVs and what that means for us,” De La Parra continued.  “We want to make sure that when we launch that (venture), it’s launched in the way most meaningful for our fans.  It will be one of our next opportunities.”

Separately, if Walmart decides to generate its own Netflix-type programming service later this year or next, Spanish-language content could play a major role.  “We are great partners with them and they are great partners for us," De La Parra declared.  "We can explore these opportunities down the road.  They understand the Hispanic market very well and the value of it.”