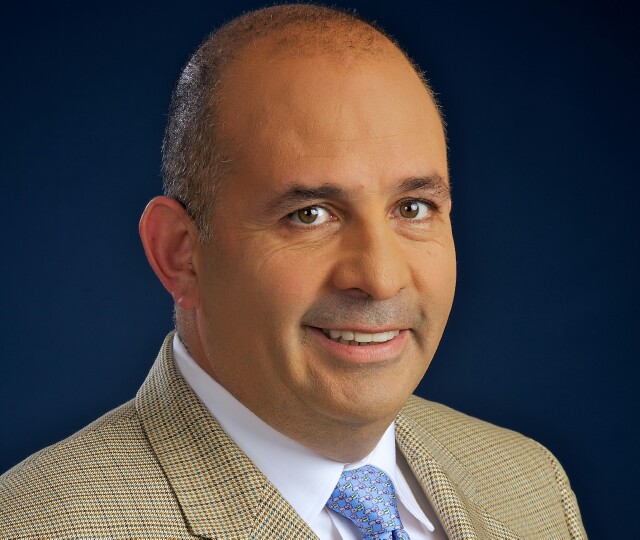 Billing itself as the “undisputed home of soccer,” Univision Communications Inc. serves up the most and the most-watched matches across its varied platforms in the U.S.  With coverage on flagship service Univision and fellow broadcast network UniMas, and dedicated cable sports channel Univision Deportes Network, as well as digital and mobile outlets, the Spanish-league media giant will produce and distribute over 1,400 live matches this year -- more than any other media company.

Univision’s roster is led by Liga MX, Mexico’s top league and the most-viewed soccer circuit in the U.S.  The company also covers Major League Soccer, the Mexican and U.S. national teams, and the 2019 CONCACAF Gold Cup, the 16-team competition that crowns the champion from North and Central America and the Caribbean.

“We’ve made a big bet on soccer and the interest among all U.S. sports has really grown significantly in recent years,” said Univision Deportes President Juan Carlos Rodriguez (pictured at top).  “More and more marketers are recognizing who has the most and best soccer.”

In addition to providing a weekday day-time complement to UCI’s primetime and weekend coverage of Liga MX and MLS, Rodriguez is confident that its coverage of UEFA Champions League and Europa club competitions will be beneficial to sponsors and team owners.  “They are going to have more exposure than ever before,” he said.

Turner Sports, the new English-language rights-holder, plans to use the UEFA club competitions as levers for its new streaming service, Bleacher Report Live.  Although some matches will appear on Turner’s TBS, TNT and truTV linear networks, most of the action is earmarked for the new direct-to-consumer offering, positioning that could boost UCI’s UEFA viewership.

“English-speaking soccer fans are welcome to join us if they don’t want to pay to watch the matches on Turner,” Rodriguez said.  At the same time, he extended best wishes for B/R Live. “We hope Turner does well with their new business,” he added.  “It’s always good for the industry to experiment and succeed with new business models.”

Speaking of new, beginning this fall UCI will add Nations League, another UEFA national team competition, including Spain, Germany, Italy, England, Portugal and others to its arsenal.

Under a deal with Combate Americas, the programmer will air 16 cards across its various networks, with preliminary matches available on UnivisionDeportes.com.  Coverage is also accessible on Univision Now and the UDN app.

“We’re always looking for that second big sport,” Rodriguez noted.  “There has been good buzz around Combate America and we’re very encouraged by viewers’ early response to the cards.”

Rodriguez also wants to secure a slot in the burgeoning Esports realm.  “We have a mandate over the next few months to land an Esports property,” he said, explaining this could come in the form of a partnership with an existing rights-holder with interest in expanding the overall audience by adding Spanish-language viewers.

As always, futbol fare is on always foremost on Rodriguez’s mind.  BeIn Sports holds U.S. rights to La Liga, Spain’s top circuit and home to the aforementioned Barcelona and Madrid sides, but the deal is set to expire.  Rodriquez said a high level of play would be of interest to UCI watchers, while noting the circuit could benefit through “broader viewership.”

Looking to the Upfront market, Rodriguez is sanguine.  “Consumer consumption patterns are constantly changing, and it’s a challenge for media companies to stay relevant,” he said.  “We believe we have a strong sports folio that is available on linear, mobile and digital platforms.  We’re excited about the Upfront and the opportunities we will have with clients in the months ahead.”