Univision's Lourdes Torres on the Significance of Broadcasting the U.S. Presidential Debate 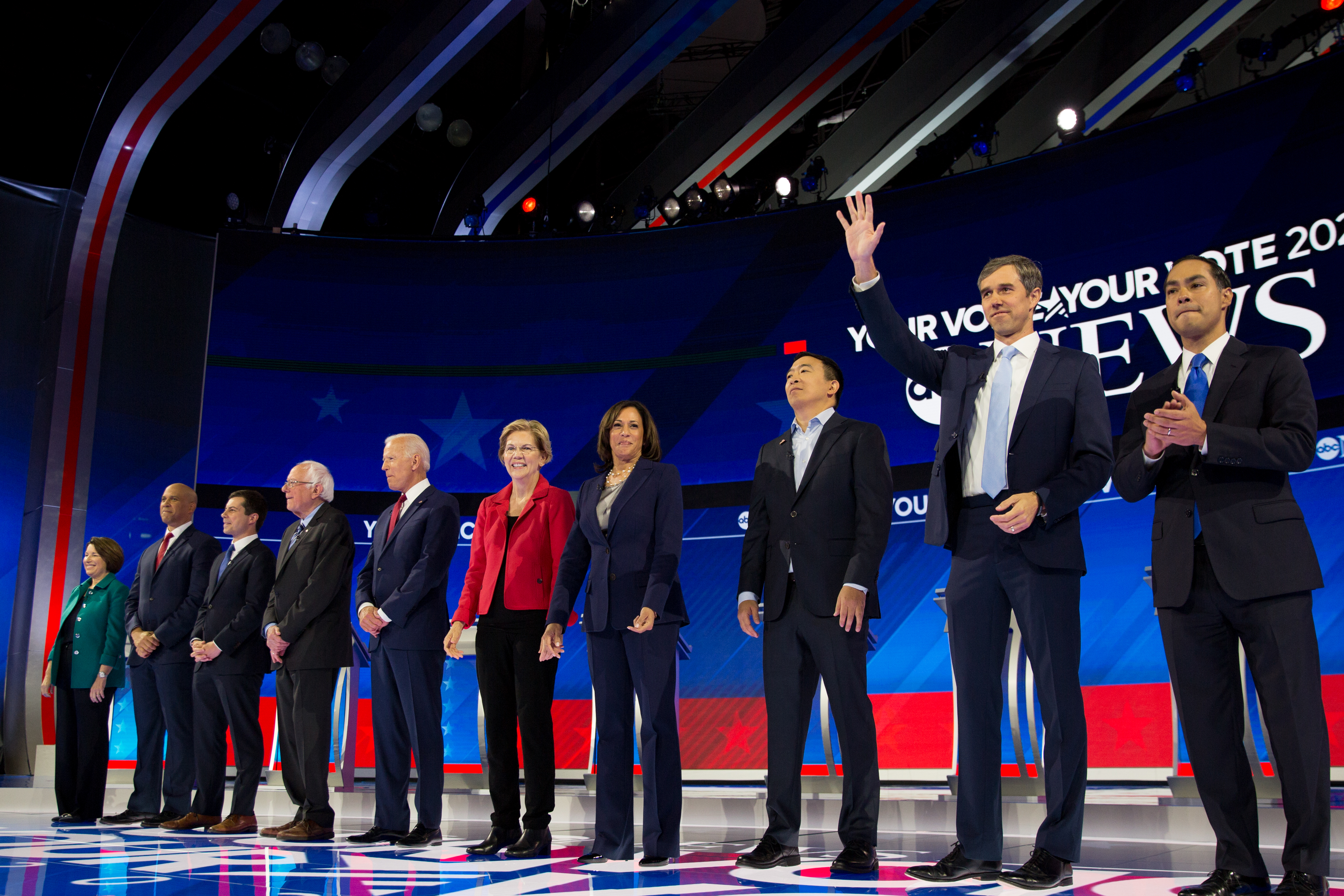 On the evening of September 12th, Univision — in partnership with ABC News — hosted the third Democratic debate, held at Texas Southern University. The 10 candidates took questions from four moderators, including Univision's Jorge Ramos. The debate, which was broadcast live with a simultaneous Spanish language translation, is part of Univision's nearly decade-long effort to bring American elections to the Hispanic community, in Spanish. As such, this event followed Univision's hosting of a March 2016 Democratic primary debate between Hillary Clinton and Bernie Sanders, as well as a 2012 "Meet the Candidates" event, featuring Mitt Romney and Barack Obama.

The 2019 Univision debate takes place as both parties avidly court Hispanic voters. There is no denying the size of the Hispanic American population, which Pew estimates to be on pace to become the largest group of nonwhite voters by 2020. Hispanic voter turnout is on the rise, with record-breaking turnout in 2018 in key states. Younger Hispanics, especially, are making their voices heard and both parties are working to ensure that this community is top of mind in the run-up to Election 2020.

Hispanic voter turnout has not yet caught up to non-Hispanic white or black Americans but nearly doubled from 2014 to 2018, demonstrating an electorate that is motivated to bridge the gap. In this interview, I speak with Lourdes Torres, senior vice president, political coverage and special projects for Univision, about preparing for this debate and its broader context in connecting Hispanic voters to presidential politics.

Erich Prince: What do you see as the significance, more generally, of broadcasting political events such as these in the Spanish language?

Lourdes Torres: The main point here is to help Latinos be well-informed about … the issues and candidates they care about. We know that there are approximately 30 million Hispanics eligible to vote, and there's a lot of enthusiasm based on the voter turnout, such as the increase in turnout of Latinos in the midterm elections. We think people are tuned in and listening, so we want to make sure that we provide content in their language.

Prince: For this most recent debate, can you describe how the format came about and how the questions were chosen?

Torres: This was a DNC-sanctioned debate and we were in partnership with ABC. Although much of the format is set, we wanted to cover topics of major importance to Latinos. So, we had a team of people that started four weeks before the debate, researching an array of topics that we know are important to our community. From the research, we whittled it down to the main points of interest — whether it's healthcare or immigration, Venezuela [or] Central America — and then we came up with questions based on that.

Prince: One of the major points that tends to come up in these recent debates is how much speaking time is allotted to each candidate.

Torres: We always try to give people fair time, but it never is exactly the same. And, sometimes, it's not [entirely] in your own control. But, obviously, if we lean on the side of giving more time to the candidates at the top of the polls, then we feel we've done a good job — because those are the ones who, until that point, have captivated most of the voting public and probably are worthy of more probing into specific positions to more clearly define where they stand. That being said, we do try to give everybody an equal amount of time.

Prince: Are there certain takeaways or lessons from the previous Univision political airings that have informed or influenced this 2019 debate?

Our lesson is that no political cycle is ever the same. We still have to conduct aggressive outreach to all of the candidates to help ensure that our community has the information it needs to make informed decisions. Univision News relishes the opportunity to connect Latinos to the current and future leaders of the free world, whoever that ends up being.

Prince: Univision recently released a poll of Latino voters nationwide and of registered voters in Texas. What are your thoughts on the trends of Hispanic voters?

Torres: The narrative for many years has been that, nationally, Latinos are more Democratic than Republican. But there was a softening of that vote in the middle — if you want to call them "Independent Latino voters." Especially when you drill down to crucial states and look at statewide polls, you get a clearer picture that the Latino vote is a very competitive space in many places. After all, there is no unified national election, it's more like 50 separate elections happening at once.

I think what's become clear is that both parties have work to do with the Latino community and neither party should take their vote for granted. Latinos were not entirely happy with what happened under the Obama administration in a lot of things that affected them. And, obviously, they're not entirely happy with things that are happening in the current Republican administration, either.

Prince: There's a tendency in the media to talk about "Latino voters" as a whole and lump them together — when, in reality, there are a number of different communities.

Torres: We're not monolithic, right? You see that, most of all, in Florida because you have that variety of the ethnic groups there. So, you can see the different tendencies pretty clearly.

There are also generational differences that [cut] across some of those ethnic lines. That's going to make a difference in places like Texas.

We're really shocked by our poll in Texas, but our research, sourced by L2, on Texas Hispanic voter turnout isn't surprising in concluding that Latinos in the state will make a huge difference in where that state goes.

Prince: What's next for Univision in terms of keeping the political conversations going among its viewers?

Torres: We will continue to provide the Hispanic community with the most comprehensive political coverage on every platform, from TV and radio to mobile and social. As the leader in Spanish-language news, it is our commitment to provide our audience the news and information they need about the candidates, their platforms, and the campaign trail, so they can make informed decisions. Bringing Hispanic America the news it needs is always top of mind, so whether it's interviewing candidates, hosting forums and debates, or providing coverage and analysis, it is our responsibility to inform and empower Latinos as they choose our country's leaders in 2020.