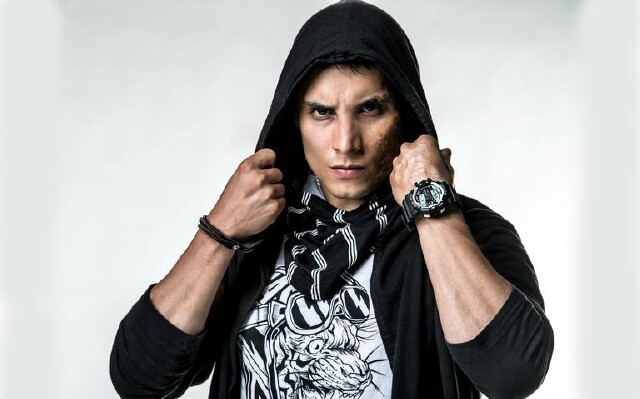 Networks have been increasing their efforts for accurate representation, meaningful storytelling and the tackling of modern social issues.  Univision is no exception.  One of my first published pieces on MediaVillage back in 2017 was a review for Univision’s La Doble Vida de Estela Carrillo, which tackled immigration, racism and gun violence, with its opening scene depicting a hate and bigotry-motivated shooting at a community center for Hispanic youths, which, now more than ever, resonates with audiences across the country.  Other Univision series have gone on to tackle female empowerment and the #MeToo and #TimesUp movements in La Bella Y Las Bestias, and LGBTQ+ representation in Mi Marido Tiene Familia and its history-making spin-off El Corazón Nunca Se Equivoca. Telecast Monday-Friday, the network’s latest drama, Sin Miedo a La Verdad  (No Fear of Truth), follows the same tradition of tackling social issues in the network’s new procedural.

The new drama follows Manu, a gifted young man who works as a gadget repairman by day and a cyber vigilante by night.  One of the few, if not the first, Univision series to follow a procedural format, each episode focuses on a different “case” that Manu takes on to help those in need and expose those that use their power and status to turn the law in their favor.  The series fearlessly tackles sexual assault, cyber bullying, political corruption and social injustice.

Like all heroes, our protagonist’s story begins with tragedy.  When Manu was a young boy, he tried to save his sister from being raped by their drunken stepfather.  Manu was struck and knocked out, toppling over a pile of embers that set the house ablaze.  He was left for dead until his sister incapacitated her attacker and saved him.  The accident left Manu’s face scarred with burns, causing him to remain hooded when outside the house.  Manu spends his tedious days working as a tech repairman at La Plaza de la Computación, but when he clocks out, he takes on the online pseudonym “Gus” through his blog -- his own version of WikiLeaks -- exposing the corrupt and bringing justice to those that the powerful have preyed on.

The premiere episode, titled “Mirreyes Impunes,” has Manu on the hunt for the title group of “spoiled, unpunished” young men, led by the cocky Javier, after they sexually assault Aranza, a young actress they hired for a music video, recording the incident and posting it online for millions to see.  Emilio, a young production assistant from the shoot, suspects the boys are accountable for the attack but has no evidence until he is approached by Quique, one of the mirreyes, who recorded the assault but otherwise did not participate in it.  Quique wants to “keep his conscience clean.”  Emilio steals the phone during an exam, then goes to Manu for help unlocking it to get evidence and bring justice to Aranza.

Meanwhile, Horacio, Manu’s step-uncle and a corrupt cop, is on the hunt for him for the murder of his stepfather, when Manu once again tried to stop him from sexually assaulting his sister.

Manu soon hacks into Javier’s computer, steals the full video of the incident that puts Javier at the center of it all, and posts it to his blog, along with a message to the corrupt elite, politicians and law enforcement that technology is not on their side and no secret can be kept hidden forever.

Manu is brilliantly played by Alex Perea (pictured at top), who also played Tadeo in Univision’s La Doble Vida De Estela Carrillo.  Perea captures the essence of the meek and mysterious young hero in such a way that you cheer him from the second he gets a new case and want him to bring justice to not just his new cases, but to the abuse that his sister faced and that he experienced as a young man, until he was so fed up that he took the law into his own hands.

Sin Miedo is quite the departure for producer Ruben Galindo, who has mainly produced reality television programming such as megahit Pequeños Gigantes,which concluded its fourth season earlier this year, and Bailando Por Un Sueño, an Argentine dance competition series.  The series is also a departure for the network, with each episode focusing on a different case like many of the biggest American procedurals, such as Law & Orderand Blue Bloods.  The majority of Spanish-language series are written and produced as telenovelas, boasting over fifty episodes (or sometimes as few as ten) with large, ongoing story arcs throughout.

Standouts from Mirreyes Impunes are Enrique Arrizon as Emilio, Manu’s equally driven and justice-seeking ally; Polo Morín as the head “frat bro” Javier whom viewers have quickly grown to hate, as they should, and the wonderful Michelle Olvera as Aranza.  Her emotional and moving performance is truly heartbreaking.  I’m sure, like me, the audience breathed a collective sigh of relief when Aranza got the justice she deserved, especially in a time when women who step forward toward their accusers are often ridiculed, berated, victim-shamed and made to feel that they did something that prompted an assault.

It is only appropriate that the title of the series, Sin Miedo, means “without fear,” because it fearlessly tackles incredibly poignant and relevant storylines with incredible aplomb.

Move over, Mr. Robot.  Manu/Gus is our new favorite hacker.