Upfront News and Views:  At Discovery, Unscripted Content Is Everything 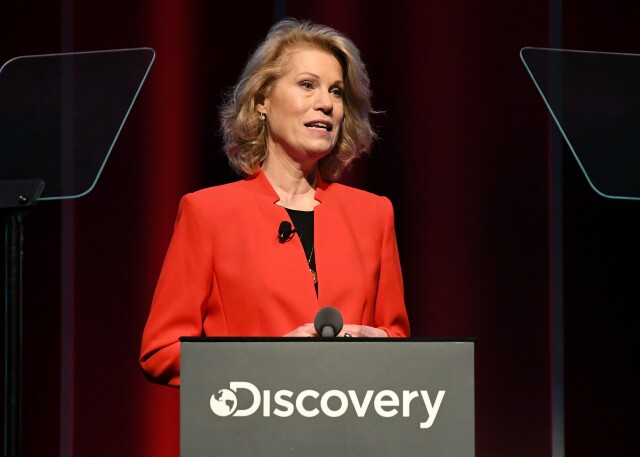 Discovery Inc. returned to the Big Apple Upfront scene last year, 10 days after completing a merger with Scripps Networks Interactive.  Now, with more basic cable channels under its wing -- and fresh off announcing plans to start a natural history venture with the BBC next year (distributed via smart TV sets and TV-connected devices) -- the company put forward its latest presentation of forthcoming content on Wednesday.

Venue:  Alice Tully Hall at Lincoln Center, for many years home base to Scripps Networks’ own Upfront ceremony.  Just like 2018, Discovery kept in place many of the elements making those events memorable.  Channel logos and posters lined the lobby walls, food and refreshments were served before and after the presentation, and lobby areas were set aside for post-ceremony celebrity/attendee pix and social media postings, arranged by network.  When the capacity crowd entered the hall, they found stuffed animals on top of their seats to take home, a big overhead screen for videos, company logos on either side of the stage and a podium centerstage.

Presentation:  Whether it was the longer than usual opening remarks from Discovery President and Chief Executive Officer David Zaslav, or the collection of short network profiles from TLC to MotorTrend that followed, the main advertiser pitch was consistent.  Unscripted content is everything, and they produce and run more most-watched series, miniseries and specials of this nature by far.  Scripted is not their business, with Oprah Winfrey Network the rare exception.  “It’s all about delighting our viewers and working effectively with you,” Zaslav said.  “Our strategy is: own it all, take it to the globe … and (later) take it direct-to-consumer (referring to the 2020 BBC joint venture).”  Or, as Chief U.S. Sales Officer Jon Steinlauf declared several times, “real life is real business.”

News:  Off the bat, Zaslav confirmed that DIY Network will morph into a new unnamed lifestyle channel curated by former Fixer Upper hosts Chip and Joanna Gaines.  “We’ll present stories that help us lean in and stand out,” Chip Gaines noted.  “We want to build bridges and communities.”  As for specific channel developments, Discovery will present a set of nature miniseries in the months ahead, starting with Serengeti this summer and continuing through 2021 (Perfect Planet, Mating Games, Deep Planet).  A major fall attraction will be Why We Hate, the long-awaited collaboration with Steven Spielberg.  TLC will reboot What Not to Wear, one of the most popular series in its history, with HGTV presenting companion spinoff What Not to Design.  A Very Brady Renovation, with all six actors who portrayed the Brady kids involved (see photo below), will be another HGTV highlight this season ahead.  Food Network host Alton Brown will mark 20 years there with new episodes of award-winning Good Eats.  Look for Travel Channel’s 2019-20 primetime lineup to feature more series going for the unknown, unexpected and unexplained. 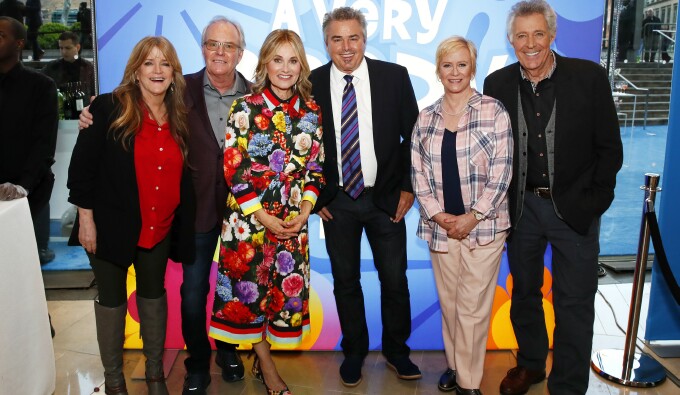 Star Time:  Plenty on hand, from that Brady sextet to the Property Brothers (pictured below) and Robin Givens, star of the new Will Packer-produced drama Ambitions for OWN.  (Got some post-presentation face time with Brady co-stars Christopher Knight and Barry Williams.  Knight and I recalled his gig as host of the syndicated game show Trivial Pursuit: America Plays more than a decade ago.  Both of us believe this game, cancelled after one season, deserves another life somewhere.) 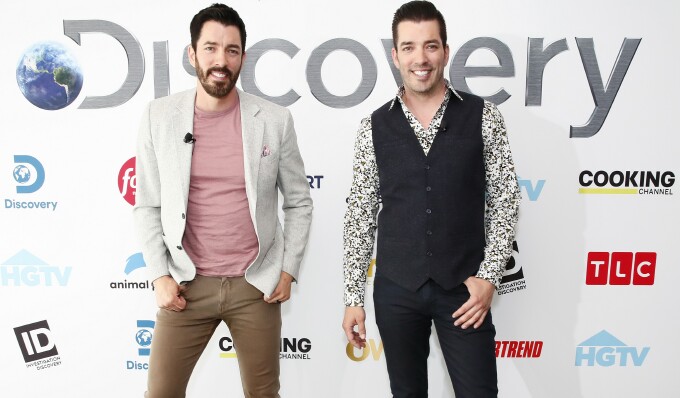 Data Insight:  Good flow of stats offered throughout the presentation.  Some notable items: Investigation Discovery, HGTV, TLC and Food Network (in that order) are the top four rated channels among women; between 20-25 percent of women watch Discovery’s group of networks on any given night, adding up to a 4-6 rating; the company will invest $4.5 billion on more than 8,000 hours of original content this year.

Innovative Opportunity:  Discovery Premiere, a new roadblock ad initiative, will begin this fall. Companies or brands can occupy the first advertising pod of a variety of series across various networks. “This can act as a fifth (broadcast) network,” Steinlauf explained.

Next up:  Digital Content NewFront Week (unless someone schedules an event on late notice)