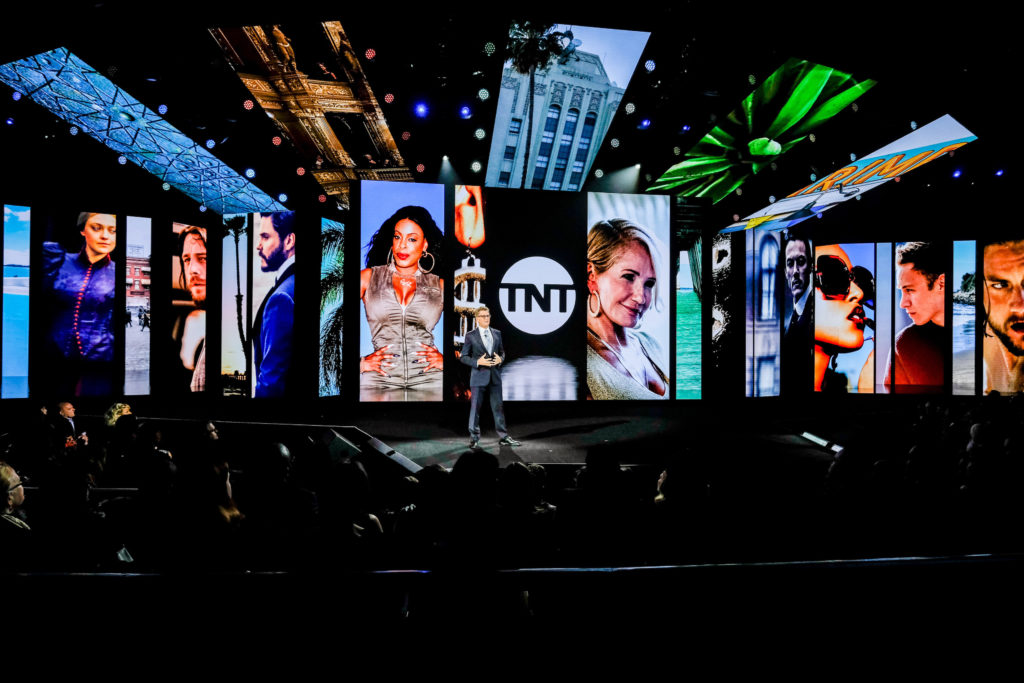 Time Warner's Turner Networks had their annual Upfront extravaganza this past Wednesday, and as always it was a breezy, entertaining and informative mix of memorable appearances by celebrities from television, sports, music and news and enhanced by highly effective video presentations.  And yet, when it came to motivating advertisers and the agencies working with them to action, this event was not business as usual.

Venue:  The Hulu Theater at Madison Square Garden, whose namesake service was on display for its own event two weeks earlier.  En route to the theater, visitors walked through a corridor of sound, taken from various Turner attractions, then picked up coffee and breakfast in a bag.  Videowalls large and small on all sides of the stage displayed moody shapes and faint images of control room machinery as attendees reached their seats.  Early indications of how cutting-edge this event would end up being.  Grade: 4.5 Jacks

Presentation:  Instead of opening with the usual well-crafted video montage, Turner Ad Sales President Donna Speciale walked out and issued a challenge to the crowd.  The way you spend on TV is a dead end in this unfolding era of modern media usage among audiences, she declared.  Rather, she continued, it is time to stop and consider viewers as passionate fans of franchises that exist in multiple environments from TV to live events.  "Fans, engagement, time-shifting … this is our world today," Speciale said.  "When you transact on passive viewing, we all lose.  Our partnerships must reflect where people are today.  Let's get started!"  At every chance, Speciale and other Turner executives urged mass adoption of "omnichannel" campaigns, where spending goes to individual network franchises and every outreach they use to engage fans.  TBS/TNT President Kevin Reilly (pictured at top) also encouraged sponsors to invest in content where women are in front and behind the camera.  "That's the winning formula," he suggested.  Graphics on the videowalls supplemented the main message by highlighting linear, multi-platform and social media reaction to individual series.  Grade: 5 Jacks

News:  TNT will launch two genre series ventures next year: Ridley Scott Presents (science fiction supervised by the award-winning director) and Suspense Collection (mystery tales along the creative lines of hit miniseries The Alienist).  One Day She'll Darken (racism-laced drama involving Wonder Woman director Patty Jenkins) will be the opening Suspense project next January, followed by Tell Me Your Secrets (thriller previously known as Deadlier Than the Male) around summer.  Snowpiercer,the series rendition of the 2013 film, is also expected to debut early 2019.  Miracle Workers, with Harry Potter star Daniel Radcliffe and Steve Buscemi leading the cast, will be among the new TBS series next season.  New offerings from truTV in the months ahead include Tacoma FD, This Functional Family and long-awaited Bobcat Goldthwait's Misfits & Monsters anthology.  Look for a number of new short-run CNN programs under the "Original Series" banner during 2018-19, weeknights at 10 p.m. or Sunday nights.  The new group includes American Style, The Redemption Project and Decades of Movies.  Grade: 5 Jacks 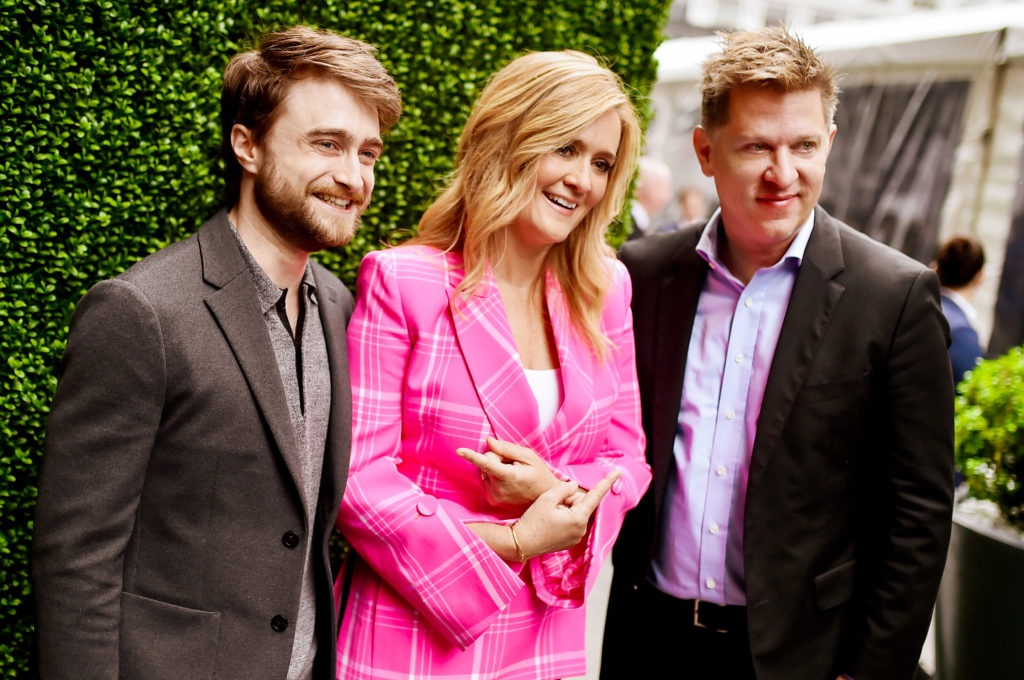 Hosts:  Several personalities delivered outstanding turns throughout the event.  Hamilton star Daveed Diggs (a featured player in Snowpiercer) followed Speciale's opening appeal with "Tell Me a Story," powerfully written and delivered and one of the most riveting performances of the entire Upfront season.  Anderson Cooper was at his cool best headlining the CNN segment, and in what's become an annual sure-fire crowd-pleaser, conducting an hilarious interview that goes nowhere with Conan O'Brien and Shaquille O'Neal.  Speciale and Reilly know how to deliver a message with punch and self-satire.  Grade: 5

Star Time:  Quick and memorable stand-up sequences, first from Full Frontal host Samantha Bee ("Jello, you guys are looking for a new spokesperson, right?"), then from The Last O.G. co-star Tiffany Haddish ("A human is a human as long you're rich and pay all my bills.") and towards the end, O.G. star Tracy Morgan, who waxed profusely about the aftermath of the highway accident that almost killed him.  ("I got myself a speech therapist -- and I'm talking like this?")  Snoop Dogg, now in his second season hosting The Joker's Wild on TBS, closed the proceedings with his hit rap "Rolling Down The Street," set to funky graphics on those videowalls.  When you get an audience of advertisers to chant "bow, wow, wow, yippie-yo, yippie-yay" in harmony, that's an accomplishment.  Way to snoop, Snoop.  Grade: 5 Jacks

Data Insight:  Turner's family of channels accounted for 12 percent of all set-top recorded video-on-demand transactions during the first three months of 2018.  TNT's The Alienist was watched by an average of six million linear viewers and 51 million multi-platform viewers (per episode).  These were just two of the many data factoids offered.  Great use of clips from past Turner Upfronts demonstrating consistent data leadership in pushing the industry forward.  Grade: 5 Jacks

Innovative Opportunity:  A new Turner Ignite Studios enterprise will give marketers access to TBS/TNT/truTv series creators and producers to co-develop commercials and campaigns.  Full Frontal will launch This Is Not a Game: The Game, a free trivia app where users can play for prizes and register to vote in the 2018 midterm elections.  Look for the app around July or August.  Grade: 4 Jacks

Overall Grade:  5 Jacks This presentation had it all -- omnipresent theme in play, great variety of segments, plenty of news, significant takeaways and entertaining star turns at every turn.  Definitely one of the top Upfront/NewFront events of 2018.