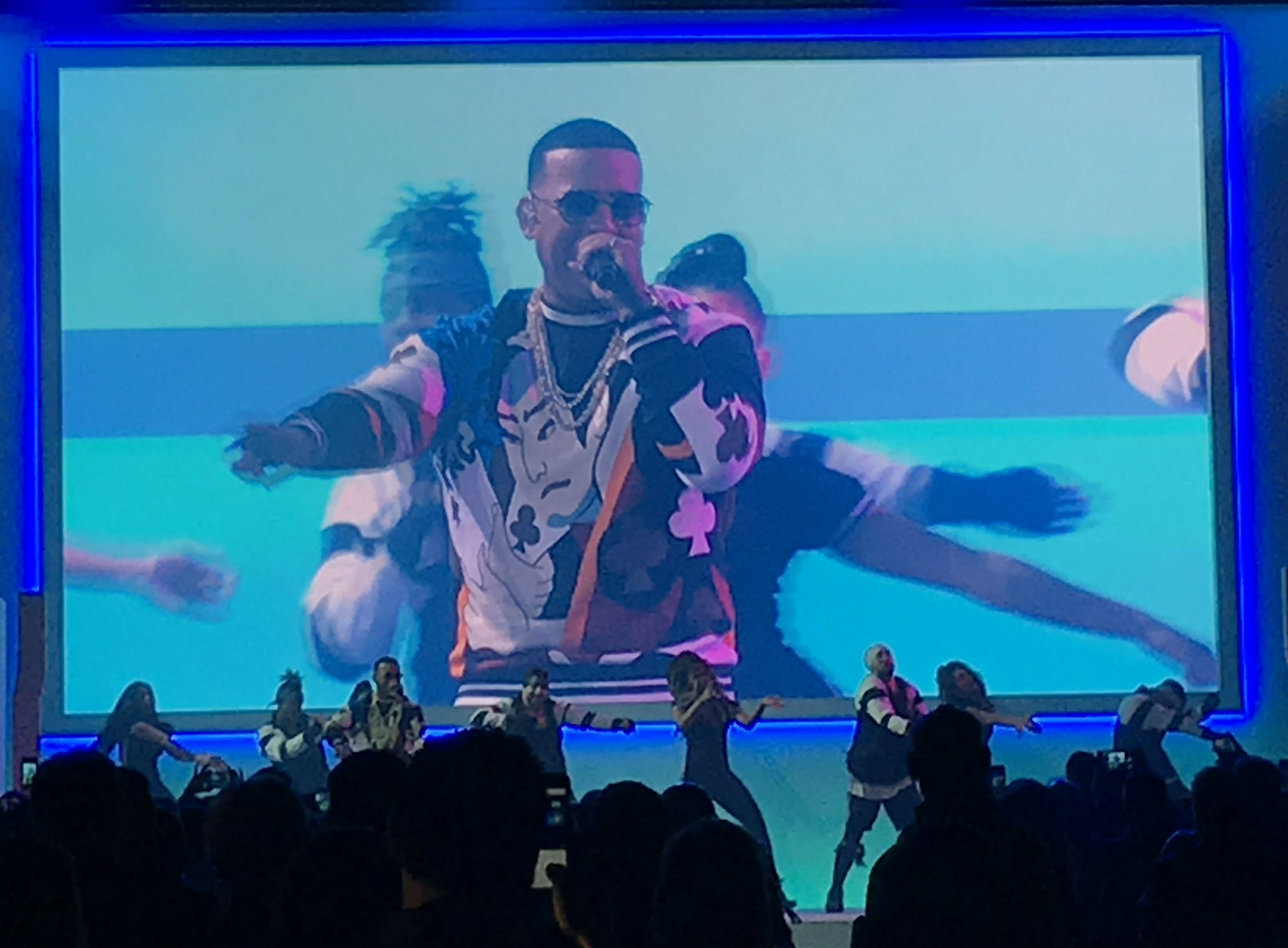 Univision Communications Inc. tried something during Upfront Week that set it far apart from the other networks competing for the attention of advertisers and the press with their biggest events of the year.  Rather than stage its usual presentation in a midtown venue – pretty much par for everyone’s course during Upfront Week – the company moved its event south to Tribeca’s Spring Studios.  But the innovation didn’t end there.  While there was a relatively brief presentation by company executives, attendees were encouraged to spend much of their time on site moving through four floors of the building to experience a number of interactive, high-tech displays that provided immersive experiences relating to many Univision programs.  They were divided into such categories as Entertainment, Music, the Beautiful Game (soccer!) and news and information.  Further, there was no particular rush to get there, as Univision scheduled four start times (one on Monday night, the other three during the day on Tuesday) for the full experience.

(Editor's note:  To read Simon Applebaum's review of Univision's Upfront and see how many Jacks he has awarded it please click here.)

“Upfronts have been done the same way for fifty years,” noted Tonia O’Connor (pictured below), Chief Revenue Officer of Univision Communications Inc.  “It’s time for some disruption.  Rather than spend ninety minutes explaining our shows, we want you to experience our content in a way you’ll remember." 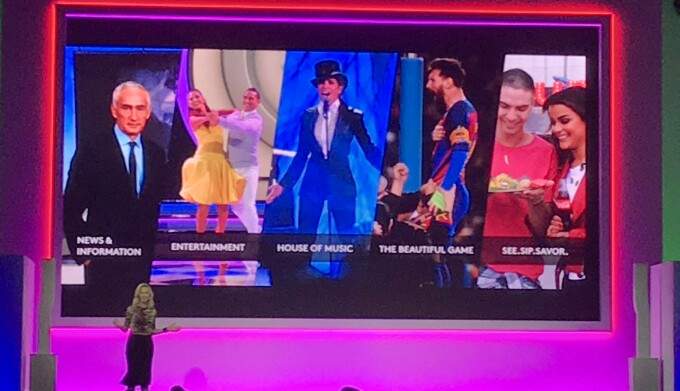 “It’s not about English or Spanish; it’s about English and Spanish,” declared Steve Mandala, President of Ad Sales.  “We call it the Power of the Plus.  Impact through inclusivity.”

Las Benditas (The Blessed) is a new action-drama series about a group of widowed women battling tragedy and finding their inner strength.  Another upcoming female-driven series is La Bella y las Bestias (Beauty and the Beasts), the story of a woman on a quest of revenge against the “beasts” who are responsible for her parents’ deaths, using her outstanding physical strength and perception.  It sounds like Univision is getting its very own Jessica Jones.

Univision’s partnership with Story House Entertainment and Netflix for U.S.-based productions, which resulted in the hit El Chapo, continues with new journalism drama Tijuana, following a group of journalists in search for the truth, with plots “ripped from the headlines.” 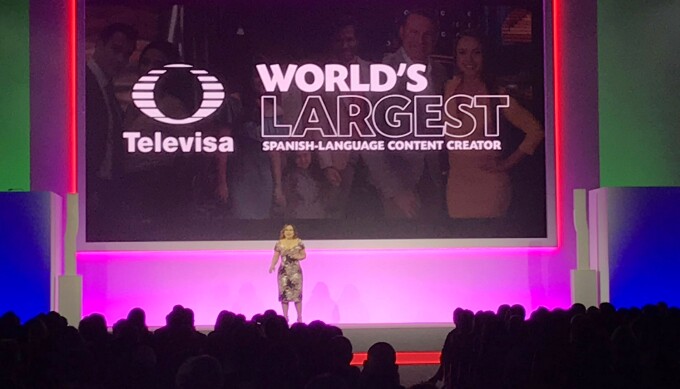 Televisa, the world’s largest creator of Spanish-language content and a long-time partner of UCI, recently opened its doors to creators around the world.  “The best storytellers raced to be a part of the combined house of UCI and Televisa,” said Jessica Rodriguez (pictured above), President and Chief Operating Officer of Univision Networks and Chief Marketing Officer for UCI.  “This yielded over 100 pilot submissions from around the globe.”  They included Brujas Alamanecer (Witches at Dawn), a dramedy which will brings the popular supernatural genre to young Univision audiences for the first time, and L.I.K.E. (Life Institute of Knowledge and Evolution), a music-driven, high school-set dramedy following a group of students determined to work together to break the norms brought on by the adults at home and at school. The series is inspired by the telenovela sensation from the early 2000s, Rebelde, which launched the careers of Alfonso Herrera (The Exorcist) and Maite Perroni (Papa a Toda Madre).

Both series seem to be targeting the increasingly valuable Hispanic Millennial and Gen Z audience.  Given the success of American supernatural series The Vampire Diaries and Supernaturaland high school dramas like On My Block and Degrassi, it’s a very smart move to create similar programming for younger diverse audiences who will see themselves represented onscreen.

“Our audience is obsessed with music,” said Rodriguez.  “It’s their cultural currency.  UCI’s recent launch of Uforia, a music-streaming platform, quickly earned the largest Latin concert footprint in the country.”

And speaking of music, the presentation was concluded by a spectacular performance by reggaeton superstar Daddy Yankee (pictured at top) who performed hits including “Gasolina” and "Despacito" and the theme from La Pilato, "Buena Vida." 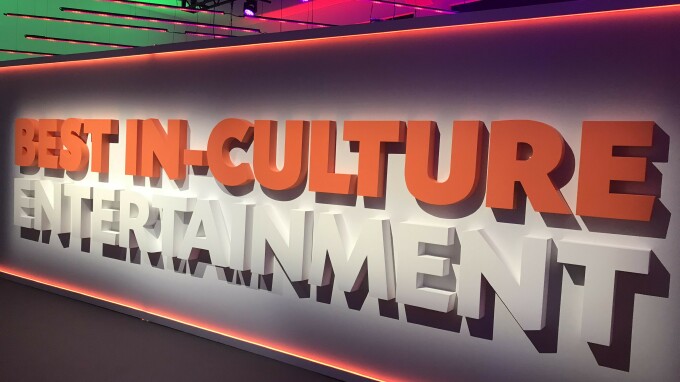 “UCI’s relationship with our community is based on an understanding of the most fundamental aspect of human identity – culture,” O’Connor said in reference to the company's Culture Unbound initiative, which was widely reflected throughout its Upfront events.  “For more than fifty years, culture has always been at the root of UCI’s mission to inform, empower and entertain.”

Speaking as a relative newcomer to the Upfront scene and long-time viewer of Univision programming, all I can say is, “mission accomplished.”