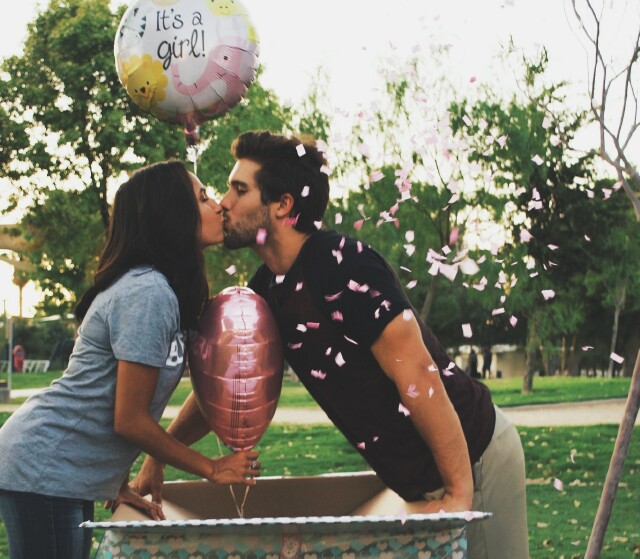 For many, the thought of "uplifting reality TV" seems like a contradiction in terms, or worse, represents shows so saccharin sweet they can't possibly be good.  So, is it possible to find and make shows that can spread joy, make someone feel good and be entertaining?

When you look at the landscape of reality TV, a lot of it falls into readily identifiable categories as varied as competition, transformational and guilty-pleasure docu-series of real people and their lives.  These are all fun genres that garner millions of viewers, coverage in gossip columns and on social media and get talked about around the water cooler.

There are times, however, when audiences just want to watch something that doesn't make them feel like they just watched a train wreck, but instead makes them feel better for having viewed.  In fact, there's a group of about 40 million viewers -- we like to call them "Upsiders" -- who watch a lot of TV (so much so that it's their main source of entertainment) and actively seek out positive entertainment that uplifts -- shows that are reliable, trustworthy, heartfelt and make them feel good.  However, they must be every bit as entertaining as those "guilty pleasure" shows that are so much fun to watch.

This represents a great opportunity but also a big challenge.  When you're trying to find and develop shows that appeal to this audience, too often when producers hear "feel good" or "uplifting" they pitch shows that involve kids, pets, charities or passion projects that are all well-meaning and intentioned but have trouble gaining traction against the water-cooler shows.  While we look for great characters with interesting stories to tell, complete with surprising twists and turns, we can't -- and won't -- feature mean people, focus on bad behavior or dwell on violence or depressing, toxic topics -- all staples of what can make a show buzzworthy.

So, we have to work a little harder in finding the kind of characters and content that will deliver engaging shows of high quality and also generate the kind of interest and buzz that make the viewer want to set the DVR.

In looking at pitches, we look for a few key things:

Strong Characters. Our audience wants to follow individuals and families who are strong and resilient that they can both root for and admire. They also want to see these characters grow and mature as they overcome personal challenges.

Connection.  Viewers want to watch shows that highlight the value of family relationships and those big, monumental life moments -- weddings, babies, etc. -- that celebrate those values and meaningful relationships between characters.

Moral Takeaways. Finally, these viewers crave good takeaways or life lessons.  They want to feel good about the world around them and these shows reinforce that there is still good in the world, despite the overwhelming sense of negativity in news, politics and other "guilty pleasure" programming.

But it doesn't stop there; even with these elements, these stories have to be told in a way that is immersive, emotional, dramatic and heartwarming.  So, it's not just the kind of characters and stories we're telling, but how we're telling them that is just as important.

The UPtv shows Expecting (pictured at top) and Our Wedding Story are two great examples of shows that deliver on both fronts.  The journey to parenthood and the journey to marriage are both full of incredible highs and lows; both focus on a condensed time period in a person's life when every emotion is heightened.  There are naturally occurring moments of conflict and drama that people can relate to yet are comforted knowing that the end result will always be a happy one.

Each episode of Expecting follows two couples on their journey to parenthood.  It's all self-shot, so viewers know we're not fabricating any drama because the couples are documenting the journey themselves.  This creates an authentic, meaningful connection with the viewer so that the expectant parents' journey becomes one they care about and want to follow.  They are there for every twist and turn; they cry when the couple suffers, root for them when they encounter an obstacle and celebrate the birth with them as they would a friend or loved one.

Our Wedding Story has an interesting backstory, which also underscores how and why we produce shows that are uplifting.  When I was at TLC, I came across two filmmakers who made the most beautiful wedding videos, so I sought them out to see if they would be interested in developing a show around their work -- and they turned me down.  When I came to UPtv and we wanted to go into the wedding space, I sought them out again and asked if they would be interested.  Again, another rejection.  This time, though, because I believed in what they did and felt it matched so beautifully with what we were trying to do at UPtv, I asked them why they kept turning me down.

They assumed that because it was "reality TV" we wanted to see all kinds of fabricated drama -- brides behaving badly and other staples of traditional reality TV -- and if they did that, not only would it be something they were uncomfortable with, it would be bad for their business, which was founded on capturing a couple's big day and their love for one another.  I understood their concern and told them that at UPtv, the only drama we wanted was if it was an outdoor wedding and it was about to rain or if it was five minutes before the ceremony and no one could find the groom. After all, the classic adage is that one thing will always go wrong at a wedding, but that it becomes something you laugh about for years to come.

Once they understood our brand and the show we wanted was focused on the positive, they signed on.  As for that authentic drama?  From a self-described accident-prone bride who cuts her foot on the dance floor to fire alarms being set off during a first dance due to sparklers, in Season 1 we had real moments of drama on the big day that made the show that much more entertaining and compelling, yet always positive and uplifting.

The result with both of these series is that we're creating shows that are life-affirming and celebrate "life's biggest moments" in an authentic, entertaining way that takes viewers on a great emotional journey that ultimately makes them feel good.  And it'is working; both shows have been renewed for a second season, they resonate well with advertisers and have found an audience overseas through international sales.  It just goes to show that there is an audience out there for uplifting programming!

As an Emmy-nominated television executive, Timothy Kuryak has developed, produced and overseen thousands of hours of programming for both broadcast and cable networks here in the United States and abroad. Currently, Timothy serves as the SVP of Production…