USA Network’s “The Dead Zone” Exposed the Dangers of Coronaviruses -- 17 Years Ago! 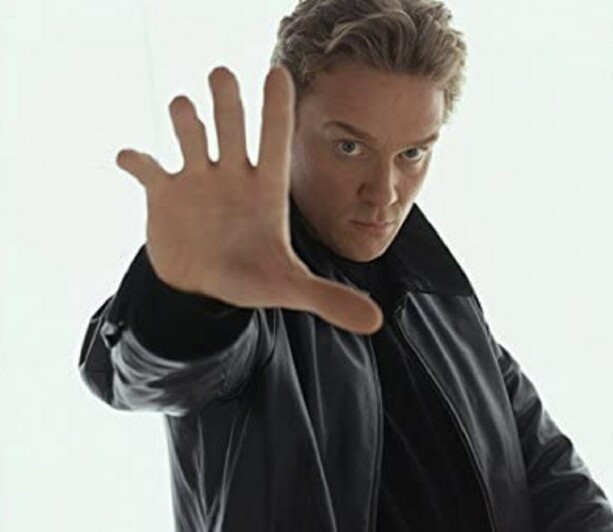 In July 2003, the science-fiction series The Dead Zone -- then in the second of its six seasons on USA Network -- presented an episode titled Plague that in hindsight made clear to viewers exactly how terrifying a coronavirus can be.  It could have been made this year.  Brave frontline workers, medical professionals and first-responders risk everything to save their city when a child is revealed to be infected with a lethal coronavirus that had originated in China and was unknowingly transported to the United States via a recently deceased flight attendant.  The child’s school is placed on lockdown, potential victims are monitored for high fevers and respiratory distress, and everyone who has been exposed is required to wear a mask to prevent them from spreading the virus to others.

This being The Dead Zone, the discovery that a child has this virus does not come about via traditional medical observation, but by way of the show’s hero John Smith (Anthony Michael Hall, pictured at top).  As in the Stephen King novel on which the series was based, Smith mysteriously emerges from a five-year coma with psychic abilities that allow him to “see” past and future events (owing to a severe head injury that activated a dormant or “dead” part of his brain, or so the story goes).  That means he can “see” the virus spreading to everyone with whom the child comes in contact, especially her little schoolmates.  Appropriately, he insists that the school be placed on a lockdown.  Not surprisingly, absent any “real” evidence that a catastrophic event is about to happen, government officials do not comply.

And so, the race is on.  The child, named Amy, grows sicker by the hour.  Using his powers, Smith is able to contact-trace the people she and her family members have been near (before contact-tracing was a thing).  The virus is indeed spreading, and time is running out.  Every minute is precious.

“It took 34 days to isolate the coronavirus that caused SARS,” Smith notes.  Yes, in the script one month (give or take) is considered far too long to wait for a vaccine or effective medical treatment when a coronavirus is spreading.

Spoiler alert: They do find a treatment that kills the virus; one already in use in China.  It’s the anti-malarial drug chloroquine. 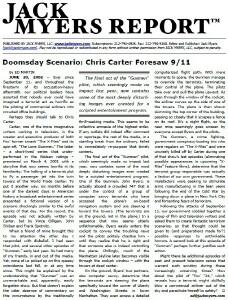 While not as singularly startling, this example of life imitating art calls to mind a similar situation that I wrote about in the June 20, 2002 edition of Jack Myers Report, the Myers publication distributed via fax that preceded MediaVillage.com.  Did you know that the pilot for Fox’s The Lone Gunmen -- a spin-off from the network’s enduring franchise The X-Files -- was about terrorists attempting to fly a commercial airliner into the twin towers of the World Trade Center?  It was telecast on March 4, 2001, about six months before the 9/11 attacks.

If you would like to know more about that eerie concidence, download a .pdf of my column Doomsday Scenario: Chris Carter Foresaw 9/11  below.