Uvalde Horror: There are No (More) Words 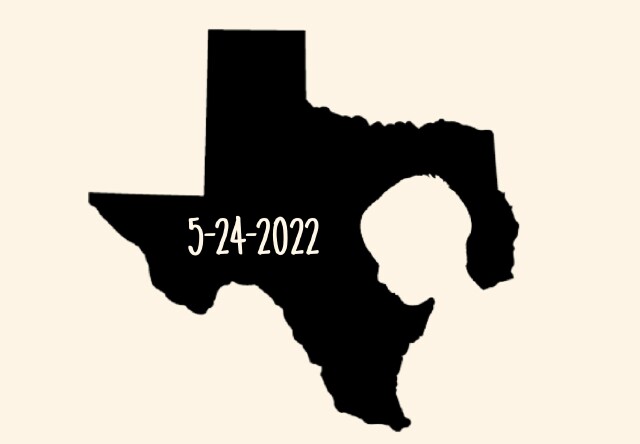 For journalists, especially critics, it is common practice when television and other media focus on a horrific event to write something about it. Once the details set in, the words tend to come easy. But not this time. Not after Uvalde. Not for me, anyway. Because when it comes to school shootings (and mass murders in general) I haven't any words left. Everything I have to say I have sadly said before -- most notably on December 12, 2014, two years after the murder of 20 children and six adults at Sandy Hook Elementary School in Newtown, Conn.; and again on February 21, 2018, one week after the Marjory Stoneman Douglas High School massacre in Parkland, Florida, which left 17 students dead and many others seriously injured, and again on December 21, 2018, when I declared that CNN's live two-hour town hall titled Stand Up: The Students of Stoneman Douglas Demand Action was the Top Program of that year.

It's the December 2014 column about the December 2012 Sandy Hook shooting that really gets me right now … because, ten years after that unbelievable atrocity, I could have written it this morning. And that's the takeaway I'm getting from media coverage since the news first broke about the murders of 19 little children and two teachers at Robb Elementary School in the tiny town of Uvalde, Texas. I've heard all of it before, as have we all, too many times to be believed. The words "thoughts and prayers," once considered soothing and sympathetic, are now somehow infuriating. I'm pleased to note that people on social media now dismiss them, in favor of "policy and change." (The image below has gone viral.) 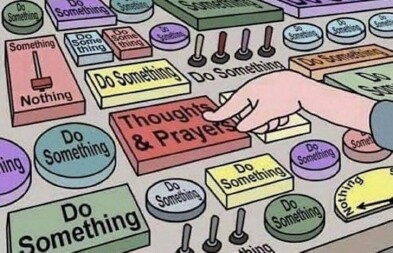 I just heard on one of the cable news channels that many of the little victims at Robb Elementary School have been identified via their DNA. Often, that's what must be done when a child is shot dead at close range, the person explained. But it wasn't news to me. I have, in fact, been carrying around that awful bit of unwanted knowledge since 2013, when I had a conversation with a friend of a first responder in Sandy Hook who was in psychiatric care, unable to process many months later what he saw in that first grade classroom where those 20 children were slaughtered.

That's life in the United States of Horror, where parents must live with the fact that they might be sending their children to their deaths every morning when they drop them off at school, and where we can no longer enter a supermarket, shopping mall, movie theater, nightclub, office building or concert venue without surveying the environs and formulating an action plan should the unthinkable occur.

New flash: NPR is reporting that this is the 27th school shooting in 2022. Can you name any of the previous 26? If you read my December 2014 column you'll be reminded that there were over 100 school shootings in the two years following Sandy Hook. (You'll also learn the story of how I came upon the image below, an adaptation of which seemed appropriate for this one.) 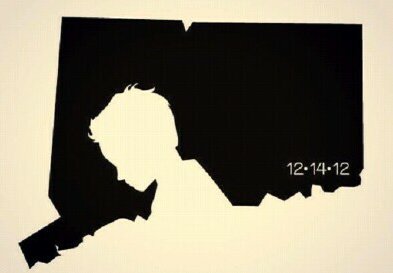 No wonder I'm speechless. I'm sure you are, too.

Two incidents stand out amid the media coverage I have absorbed since Uvalde. First, the impassioned plea by a visibly shaken Connecticut Senator Chris Murphy to his colleagues in the Senate, during which he demanded to know, "Why would you spend all this time running for the Senate and then choose to do nothing while the slaughter continues?" Second, one-time presidential hopeful and current Texas Democratic gubernatorial candidate Beto O'Rourke interrupting Texas Gov. Greg Abbott during a press conference about the horror in Uvalde, demanding change.

Graphic at top by Juan Ayala.