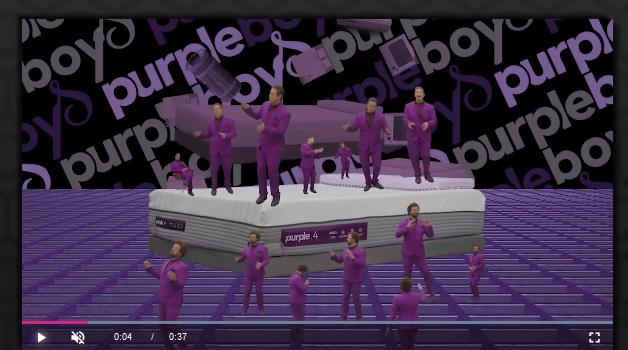 As the media world begins to embrace a future of ad opportunities tapping everything from 5G to AR, Verizon Media looks back over the past year to showcase the successes of those blazing a trail with innovative ad campaigns. Its recent Brandblazer awards spotlight notable examples of companies benefiting from creative-meets-tech activations.

The innovative approaches — each using Verizon Media's ad solutions — were deemed "best-in-class" by industry leaders. Verizon Media enables advertisers to be bold and test everything from gaming to storytelling with a portfolio that offers a playing field of opportunities, such as HuffPost, Moments, Yahoo, and Verizon Media's immersive native ad units. Each Brandblazer winning with these options deserves a closer look to glean lessons that marketers can apply to create new-styled campaigns over the coming year.

Coincidentally, at last week's first-ever IAB Brand Building Academy day, Rob Towne, director of performance marketing for Brandblazer award winner Purple, was on hand as one of its case studies was presented. He shared with MediaVillage how Purple, "a comfort innovations company" and disruptor in the mattress category, has done what disruptors do well: experiment with pushing the envelope on new media tactics, then iterating and repeating to get it right.

Towne explained: "We've been working with Verizon Media to try and innovate and push the boundaries of different formats. So, rather than just your standard static ad that's a banner that could be either in a mobile position or on the side of a desktop screen, we wanted people to have a more immersive experience. We worked with [Verizon Media] to build something that was 3D that was interactive, that would come up in a natural way at the top of their Moments inventory. It was an experience for customers to see our brand immediately, but then interact with it and find out more about the product."

"With Moments, the customer can interact with the ad unit; as they start to scroll down the page in a vertical format, for instance, the list of articles will scroll away to the top of the screen and your advertisement will reach this moment where it's a full-screen takeover, but it's not interrupting the process because it comes onto the screen in a very natural way through the thumb scroll.... I think Verizon Media has really understood the importance of bringing value to every customer touchpoint, so when we're trying to deliver information, it doesn't feel like an advertisement. It feels more like it's just part of how they're consuming information, how they're learning about a product. And fortunately, we have a very exciting product behind that. So, when people discover us and learn about us in that natural and organic way, it's just a seamless process for them to want to interact with it and come over to our page and learn more."

Research shows three out of four teenagers who think they'll stop smoking, don't. That's the morbid statistic behind FDA's tobacco-prevention campaign hyper-targeted to an audience that is at-risk for tobacco use. Rather than simply telling young people about the dangers of smoking, the FDA's "The Real Cost" campaign turned to Verizon Media and Xbox to immerse teens in a virtual world with deadly consequences around every turn.

How does a brand change perception? Toyota opted to showcase Camry as an "unexpectedly captivating" vehicle, with a "sensual smart" design and new technology to appeal to a fresh audience. In partnership with Partner Studio by RYOT (RYOT Studio's Canadian arm) and HuffPost Canada, Toyota designed a digital content experience via the episodic docu-series, The Hobbyist. The companion 15-second videos — amplified over social and distributed across Verizon Media Ad Platform with native ad placements — drove a 31 percent lift in brand recall and 18percent lift in brand favorability for Camry.

In 2019 Warner Bros. raised the bar for the updated version of the already hugely popular game, Mortal Kombat. The launch campaign had media flights based on the Mortal Kombat 11 world premiere. It also promoted an Xbox Sessions episode with French Montana playing MK11 that was streamed on Xbox, Twitch, and other social sites. The campaign reached more than 80 million fans and delivered 10X ROI between the Xbox solutions and social integrations.

The future that is now at Verizon Media includes extended reality (XR) ad formats to enhance a brand's experience on mobile, blending digital and physical spaces by tapping AR, VR, 360, and 3D. Partnerships with companies such as Spotify and Clear Channel have enabled cohesive campaigns that roll across audio and out of home, as well.